Bohemian Rhapsody is one of the most well-known rock songs in the western world, and has been watched more than a billion times on YouTube alone. It’s likely that pretty much everyone has had at least one crack at aping singer Freddie Mercury’s unique vocal delivery. Now, Google, Queen and UMG have teamed up to build the FreddieMeter, an system to determine how close you can get to Mercury’s voice.

FreddieMeter is a collaboration between the band, Google’s Creative Lab and the various record labels involved. It’s been designed to analyze a person’s voice to see how their pitch, timbre and melody comes in comparison to Mercury’s own. At the end, you’ll get a score between 0 and 100 to show off (or not) about how close you are to becoming one of rock’s most enduring figures.

According to Google, FreddieMeter uses R20;new on-device machine learning models” and has been trained on Mercury’s isolated vocals, as well as copycats. But Google says that for both Android and iOS users (it’s also available on desktops), no data will be uploaded to the servers. There are four tracks to sing along to: Bohemian Rhapsody, Don’t Stop Me Now, Somebody To Love and We Are The Champions. 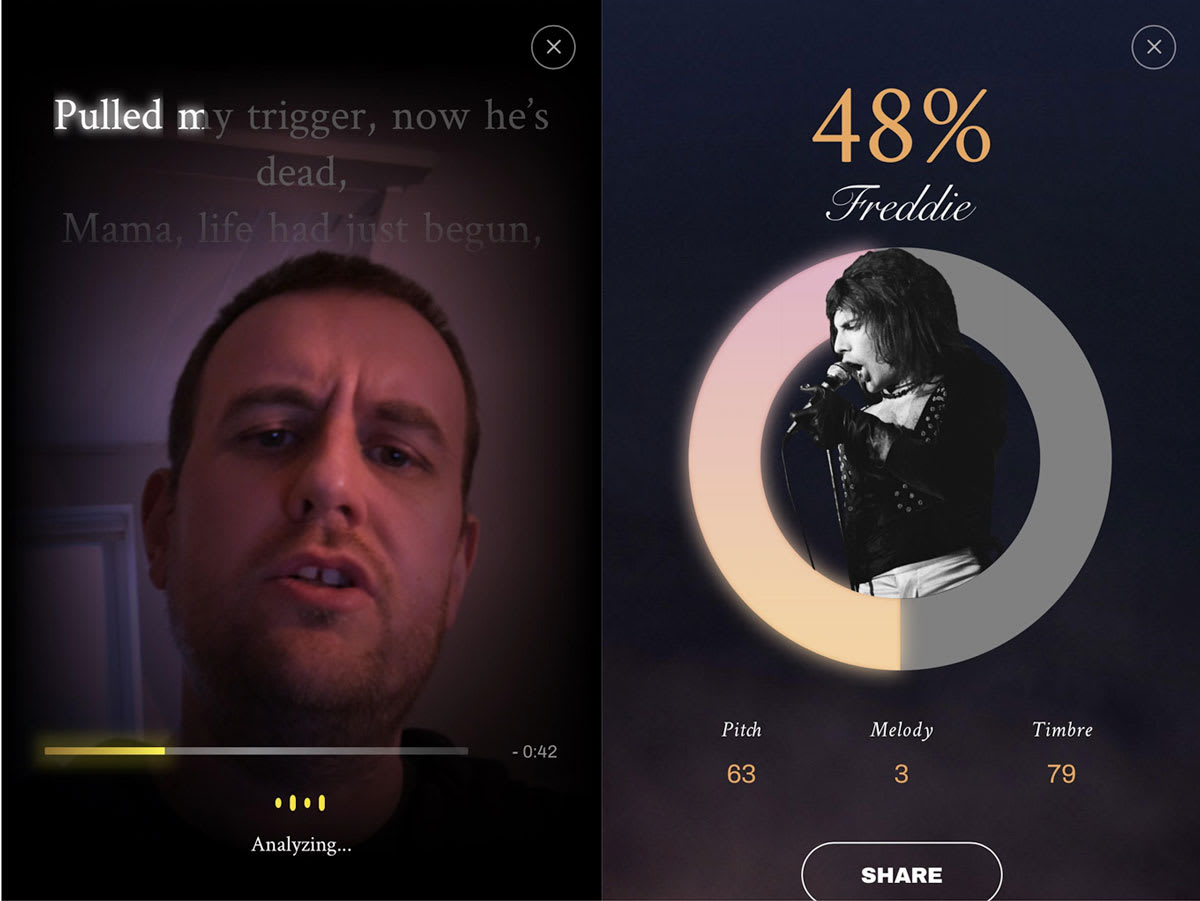 The project will also encourage folks to make a donation to the Mercury Phoenix Trust, which fights for HIV / AIDS-related causes worldwide. The charity was founded by the surviving members of Queen after Mercury’s passing, and the FreddieMeter itself commemorates the band’s first gig, in November 1975. And, if you’re curious, your humble narrator scored 48 percent, which is better than the clip Google supplied of Howie Mandel’s attempt.

av, entertainment, Freddie Mercury, FreddieMeter, gear, google, mobile, Queen
All products recommended by Engadget are selected by our editorial team, independent of our parent company. Some of our stories include affiliate links. If you buy something through one of these links, we may earn an affiliate commission.