Audi continues to impress with its headlight technology. At the LA Auto show, the big news for the automaker is the E-Tron Sportback — an new model with a sleeker design. But while most of that tech under the hood is the same as what’s found in the regular E-Tron SUV, the lights are all new.

Ahead of the unveiling, Audi took me for a 5 AM drive on the freeways of Los Angeles to show off its new digital matrix LED headlights. In addition to the ability to mask out other vehicles so as not to blind oncoming drivers (a feature found on other Audi headlights), these new lights come with what the company is calling a “carpet of light.”

Using a chip with over one million micro-mirrors, the vehicle creates a high-definition strip of light ahead of the vehicle within the car’s lane. The result is a brighter area of light just ahead of the E-Tron as it rolls down the highway. The light grows and shrinks depending on how close it is to the vehicle ahead of it. So it adds additional illumination to the E-Tron’s lane without disturbing other drivers. 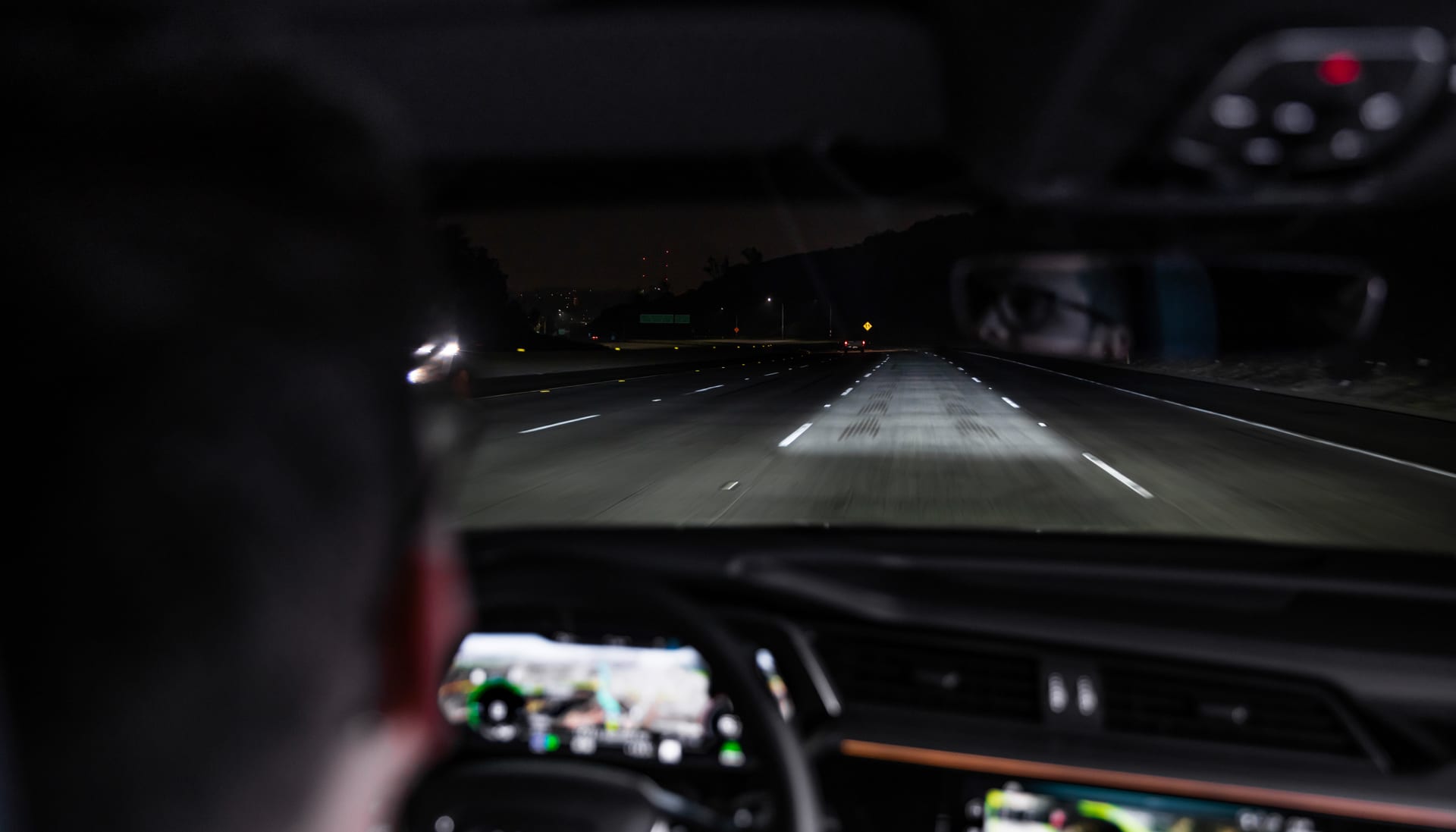 When the driver changes lanes, the system extends the carpet of light to the lane they’re merging into. Instead of relying on the turn signal, the vehicle recognizes when the vehicle is moving out of its current lane.

The headlight tech is using the sensors that Audi has on the vehicle for its advanced driver’s assistance system. It recognizes the lanes, position of the car and other vehicles and pedestrians. For example, it’ll highlight a person standing on the side of the road to help the driver see that person.

During the drive, Audi pointed out the chevrons that are in the light carpet. Those actually depict the outer edge of the vehicle. Drivers can use that information to center the SUV in the road or if there’s construction along their route, help navigate through the cones. Where it won’t be helpful is on narrow country roads. The light carpet feature is geofenced to highways use only. Even on-ramps won’t trigger the feature.

But here in the United States, it doesn’t matter where this feature works because Audi is not allowed to bring to our shores. Current regulations don’t allow any sort of lighting that’s not the typical high and low beams found on a car. The government is investigating the technology (again) but there’s no word on when or if we’ll get advanced lighting features from Audi and other automakers here. 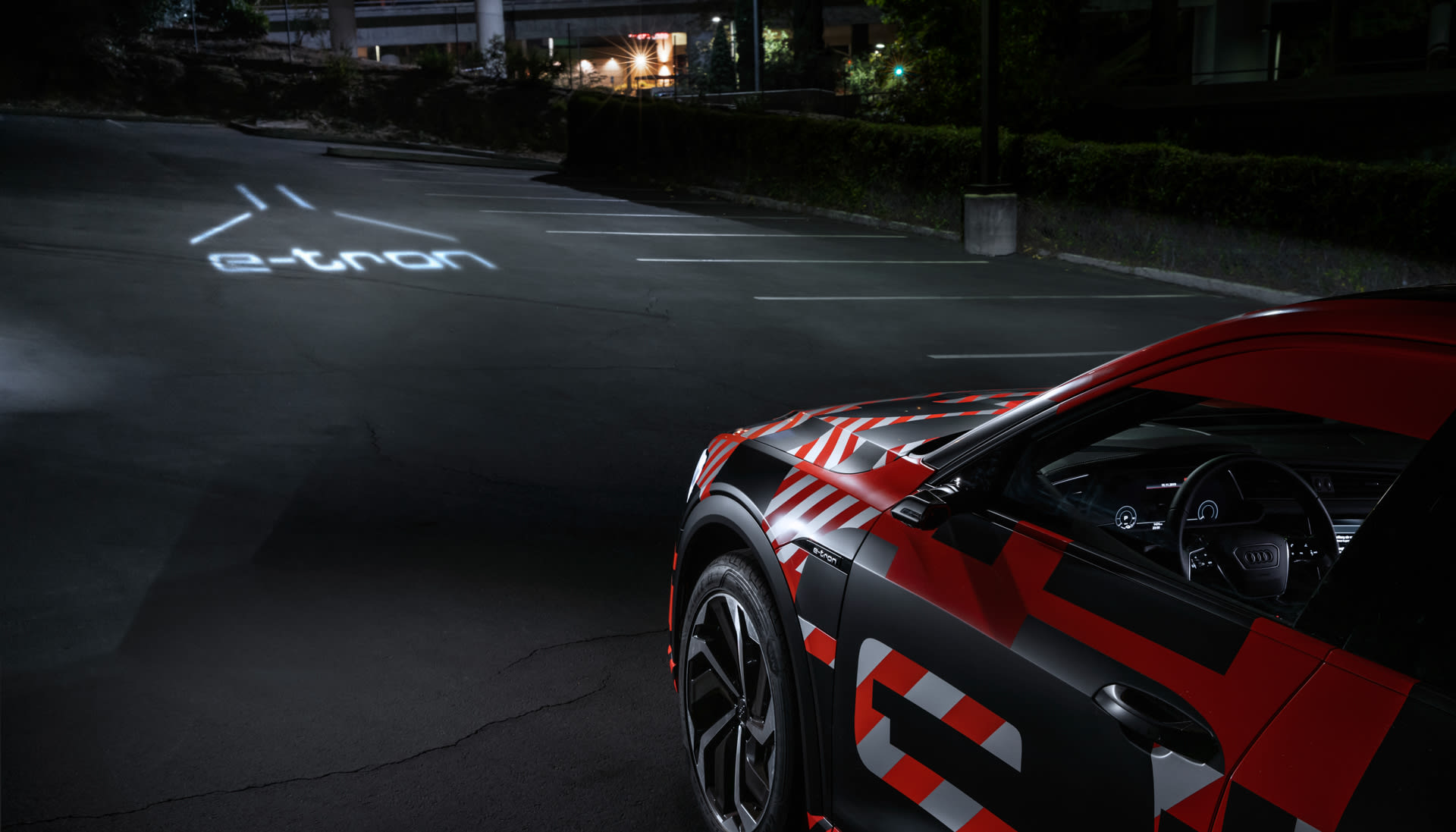 Audi is still determining if the E-Tron Sportback will ship to the US with the hardware necessary for the digital matrix LED features. If these SUVs do land here with the physical tech in the headlights, and if the US changes its mind, it’ll just be a quick software update to enable the feature.

Until then, we’ll just watch the technology evolve from automakers on the roads in other countries.

audi, business, design, e tron, e tron sportback, gadgetry, gadgets, gear, green, laautoshow2019, led lights, matrix led headlights, transportation
All products recommended by Engadget are selected by our editorial team, independent of our parent company. Some of our stories include affiliate links. If you buy something through one of these links, we may earn an affiliate commission.