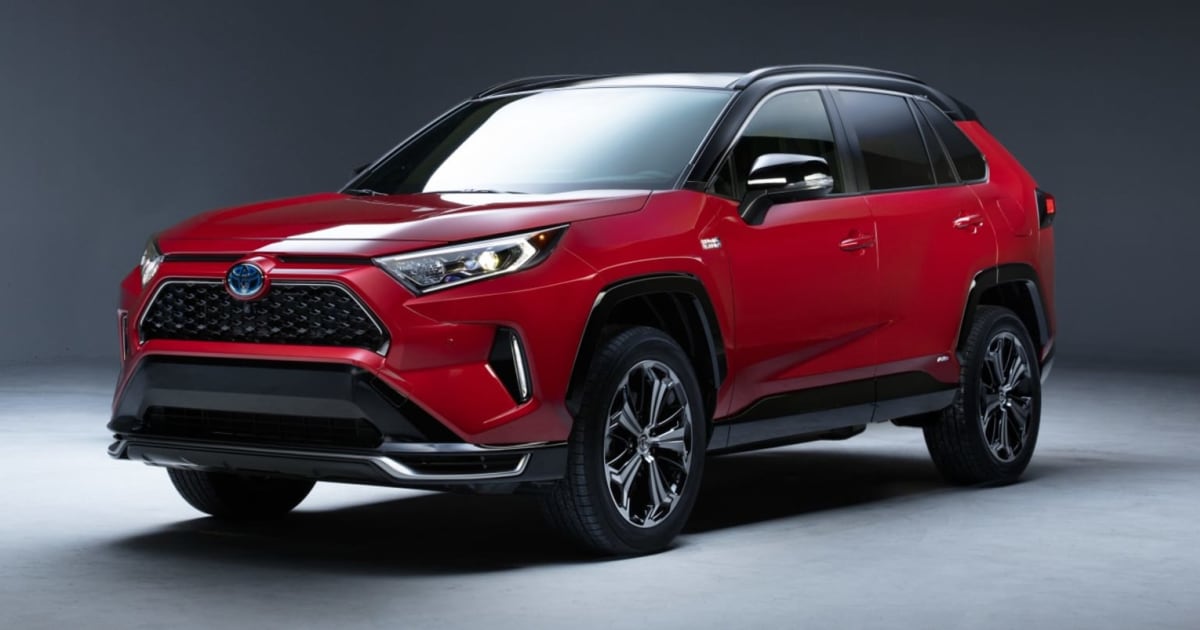 With more than 430,000 units driving off Toyota’s showroom floors this year, the RAV4 isn’t just the company’s best-selling SUV, it’s America’s as well. At the 2019 Los Angeles Auto Show on Wednesday, the automaker officially debuted another hybrid-electric variant — this time a plug in — that will surely further cement Toyota’s leading position in the market. Behold the 2021 RAV4 Prime.

The RAV4 Prime is a 302 horsepower PHEV with a 0-60 time of just 5.8 seconds. Literally, the only faster vehicle (not just SUV, vehicle) that Toyota makes is the Supra, with a 4.1 second rating. Though the Supra is also loaded with a 335 HP, turbocharged 3 liter. Not bad for a plug-in hybrid that boasts the same 2.5 liter 4-cylinder as the 2-second slower standard RAV4 Hybrid.

But the electric motor isn’t just there to give the gas engine a torque boost, it can propel the SUV for up to 39 miles all on its own. That’s more than the Lincoln Corsair Grand Touring or Toyota’s Prius Prime can manage by 14 miles. Inf act, 39 miles is more range than any PHEV SUV currently on the market can muster. The RAV4 Prime will be available in two packages, the SE and XSE, when it goes on sale next summer.

That wasn’t the entirety of Toyota’s announcements, mind you. Company reps also noted that AWD versions of both the Camry and Avalon will soon reach market; next spring for the former and summer for the latter.

Finally Toyota debuted the latest version of its hydrogen-powered EV, the Mirai. It’s certainly a attractive vehicle — lower, longer, wider and more aerodynamic than the previous model. But as Jackie Birdsall, a Senior Engineer on the Mirai project noted at the press conference, Toyota sold or leased just 6,000 Mirai in the last year. “That’s about how many RAV4’s week sell each week,” she quipped. The Mirai is a slick and sleek sedan but unfortunately the necessary infrastructure to support hydrogen EVs simply isn’t sufficient at this time.

breaking news, gear, laautoshow2019, transportation
All products recommended by Engadget are selected by our editorial team, independent of our parent company. Some of our stories include affiliate links. If you buy something through one of these links, we may earn an affiliate commission.