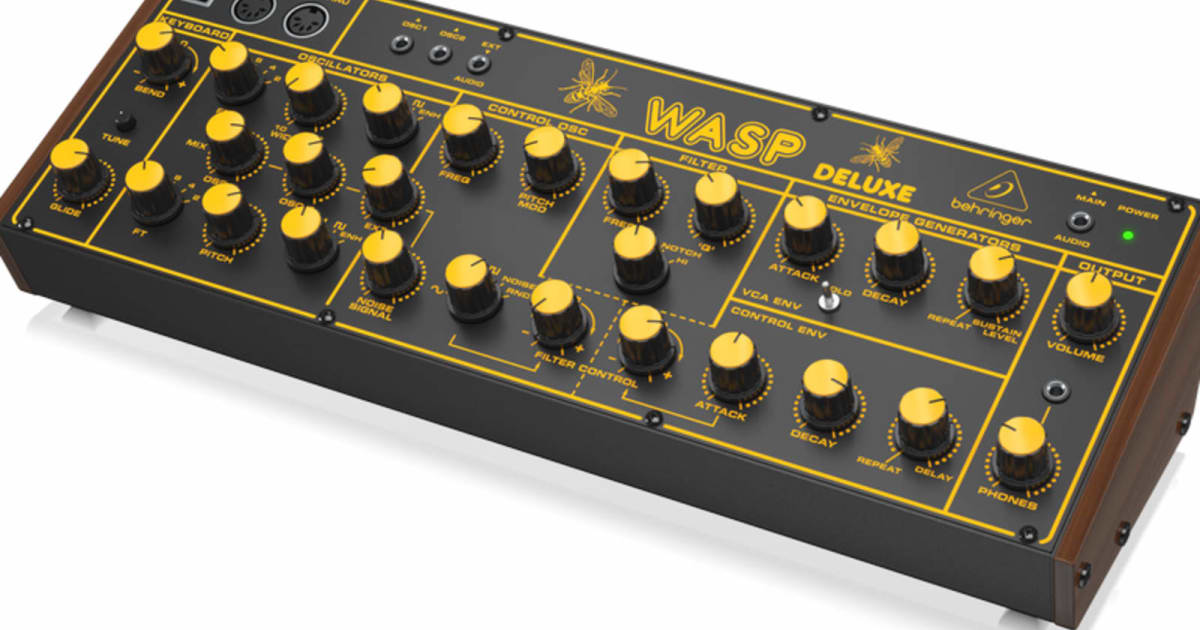 Behringer has been cloning old analog synths and drum machines, and doing it for cheap. Its latest creation is the Wasp Deluxe, an “ultra-affordable homage” to the iconic synth born in 1978.

The Wasp had a distinctive, dirty sound used by musicians like Eurythmics, Vince Clarke and 808 State. Behringer promises its remake will deliver super-fat bass, and the company paid careful attention to the original Wasp Deluxe circuitry, which it has recreated in the new synth. It has a pure analog signal path, as well as two digital oscillators, each with three variable waveshapes. Behringer also added MIDI connectivity through USB.

There has been some controversy over Behringer cloning other people’s instruments, but often these instruments are no longer manufactured. Electronic Dream Planet, the company behind the Wasp, doesn’t even exist anymore, so unless you can get your hands on one of the originals, Behringer’s Wasp Deluxe will be the next best thing. You can find it through retailers like Sweetwater for $298.99.

Source:
Behringer
In this article:

analog, av, behringer, clone, entertainment, gadgetry, gadgets, gear, oscillators, synth, wasp, wasp deluxe
All products recommended by Engadget are selected by our editorial team, independent of our parent company. Some of our stories include affiliate links. If you buy something through one of these links, we may earn an affiliate commission.