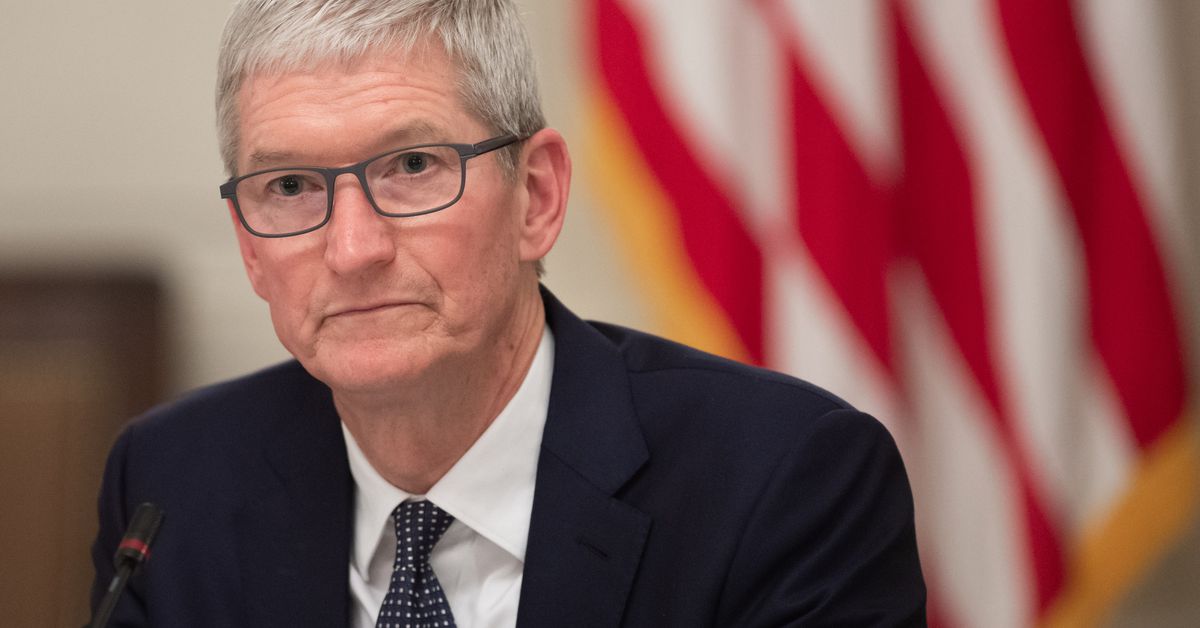 Congress has been struggling for years to pass a federal data privacy law, but on Friday, lawmakers gained an unexpected ally in Apple CEO Tim Cook.

In an interview with ABC News, the executive said big tech companies haven’t corrected their mistakes, and it’s time for the government to step in — ideally with a federal privacy bill. “I think we can all admit that when you’ve tried to do something and companies haven’t self policed, that it’s time to have rigorous regulation,” he explained, “and I think we’ve passed that time.”

But while many are focused on splitting up companies like Facebook into separate, smaller entities, Cook also said regulators are too focused on antitrust action and not focused enough on data privacy. Breaking up big tech companies without paying attention to how much user data is still being collected is pointless, he said. “Unless you take an action where there’s materially less data in the companies that are left,” Cook told ABC, “you haven’t done anything.”

The news comes as tech giants including Apple, Amazon, Facebook, and Google face numerous antitrust investigations from the Justice Department as well as many state attorneys general. The companies are being accused of anti-competitive business practices that may have hurt consumers.

Cook admitted that if one of the companies is found to be a monopoly, and regulators can prove they’ve abused that monopoly power, a breakup might be necessary. “That’s for the courts and regulators to decide, not for me to decide,” he added. “But in the case where the answer is yes there’s a monopoly, yes have abused, then the remedy for one of those is break up.”

Cook’s comments come days after Apple broke ground on a new campus in Austin, Texas, that’s expected to cost $1 billion. In anticipation of the event, Cook and President Trump toured an electronics factory outside Austin, to highlight US manufacturing.

The tour shone a spotlight on Cook’s unusual relationship with President Trump, which has largely escaped public scrutiny. Cook sits on the president’s Workforce Policy Advisory Board and has used this relationship to advocate for favorable policies toward Apple.

That relationship also prevented Cook from correcting a number of inaccurate statements made by Trump during the tour. “I would always talk about Apple, that I want to see Apple building plants in the United States, and that’s what’s happening,” the President told reporters after the factory tour. In fact, the plant in place is not owned by Apple, and has been manufacturing Mac Pros since 2013.