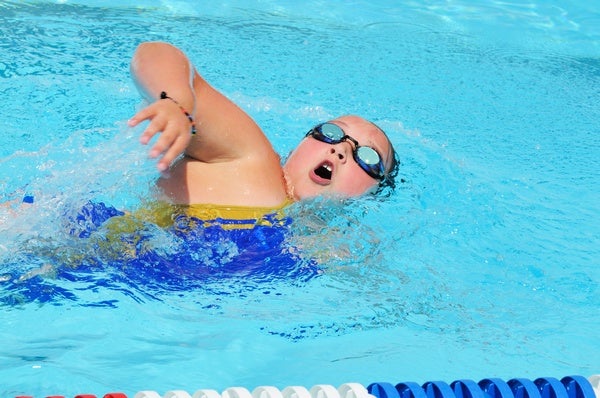 According to a new report recently released by the World Obesity Federation, obesity will affect more than 250 million kids by 2030. While media outlets and newsfeeds continuously remind us of the rising rates of childhood obesity—which have tripled in the past 20 years—far less attention has been paid to the complex solutions needed to address this problem.

It seems the obvious answer to the rising prevalence of childhood obesity would be to reduce calorie intake and increase physical activity. If calories out exceed calories in then weight loss is inevitable, right? Unfortunately, it’s not that easy. And the hundreds of campaigns and interventions attempting to tackle childhood obesity are a testament of that. Take, for example, the large-scale WAVES study, which after a 12-month intervention across 54 schools, showed no differences between intervention and control schools in terms of improvements in students’ body mass index (BMI). School-based interventions may have little impact on obesity without broader societal and environmental efforts in place.

Initiatives to address childhood obesity may be further compromised by a lack of consideration to the underlying messages they send to children and families. Many approaches targeting obesity are based on the assumption that body weight is within personal control and that individuals have the ability to change their weight. We assume that change won’t occur unless individuals believe they have the power to change. For example, in schools, promoting beliefs about the controllability of intelligence have been shown to increase academic effort. And in the case of emotions, controllability has been associated with more positive emotion regulation.

Body weight, however, is another story.

Instead of encouraging a mindset motivated to change, messages that perpetuate beliefs that obesity is within personal control can instead increase societal stigma and self-blame. Beyond blatant fat-shaming and pervasive negative portrayals of individuals with larger bodies in the media, seemingly innocuous messages can produce potent stigma. The Late Late Show host, James Cordon, recently described the harmful effects of fat shaming, and how a judgmental gaze intended to restrain eating would be enough to evoke feelings of shame and self-loathing.

By emphasizing behavioral control as a method of weight loss, we are simultaneously (and at times unintentionally) placing blame on individuals who struggle to lose weight. This blame becomes internalized, surfacing as a cascade of emotional, physiological and behavioral problems that can undermine physical and psychological health.

This fact is particularly worrisome given that youth of all body shapes and sizes are vulnerable to weight stigma. Over and above BMI, weight stigma is linked with low self-esteem, body dissatisfaction, suicide ideation, low physical activity levels and depressive symptoms among adolescents. When youth are stigmatized, shamed or teased about their weight, they are more likely to engage in unhealthy eating behaviors, such as binge eating or high calorie consumption, avoid physical activity and gain weight—contributing to a vicious cycle of psychological distress, social withdrawal, unhealthy behaviors and weight gain.

So, it’s time to take a step back and look carefully at the messages being communicated in interventions to address childhood obesity. Fundamentally, messages should emphasize health and health behaviors, rather than body weight. We need to communicate to children that their health, not a number on the scale, is important.

Reducing blame starts with raising awareness of the complex factors that contribute to body weight and the harmful consequences of weight stigma— in the media, the classroom, on the field, and at home. In addition to education, policies are needed to appropriately address weight-based mistreatment, such as school-based anti-bullying policies that adequately protect students in the face of weight-based bullying. And, finally, just as diversity surrounding other social stigmas, like those based on race/ethnicity or disability status, has proven effective in reducing stigma, increasing exposure to diverse bodies in positive ways will be critical to disrupting the harmful cycle of stigma.

While the issue of childhood obesity is complex public health priority, we must be certain that the messages we send serve to empower and support healthy behaviors among youth irrespective of body weight itself.