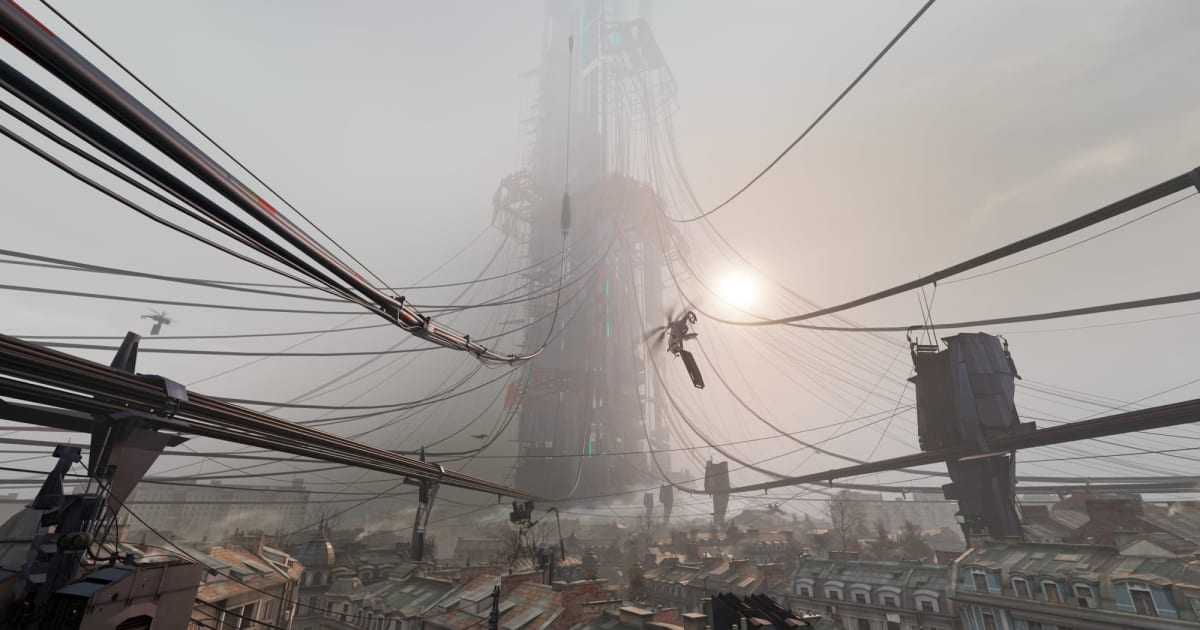 Just over two years ago, I left Valve’s Half-Life franchise for dead. It had been ten years since Half-Life 2: Episode Two left fans with a massive cliffhanger that it seemed would never be resolved. But three days ago, Valve revealed that the story wasn’t over, not quite: Half-Life: Alyx would be a full-fledged new entry into the series, built from the ground up for VR. Perhaps even more surprising was yesterday’s reveal that the game is basically done and set to arrive in March of 2020.

It wouldn’t be Valve if there wasn’t some sort of catch, though. As many predicted, Alyx doesn’t pick up where Episode Two left off. Instead, it’s a Half-Life 2 prequel, which means there’s still no end in sight to the story that Valve was telling between 2004 and 2007.

Like anyone who’s been following this franchise for the better part of two decades now, I’ve gone through all kinds of emotional highs and lows in the last few days. It started with Tuesday’s announcement, which sent me into stupefied excitement at the idea of Valve finally returning to the series. The title, which refers to silent protagonist Gordon Freeman’s sidekick Alyx Vance, indicated this new game would have a different focus — something that is probably warranted after 12 years. Of course, that gave me the sinking feeling that we weren’t going to get the next chapter in the story we’ve been waiting on for so long.

Thursday’s news drop confirmed it and disappointed me on several levels. Besides there being no hints of resolution to the series, prequels often suffer from a lack of stakes — we generally know that, at the end of Alyx Vance’s turn as the main protagonist, she’ll have connected with the newly-reawakened Freeman to help take on the invading Combine alien forces.

But watching that trailer pretty much blew away my lingering doubts. The world looks familiar, but more intricately detailed and terrifying than ever. I had forgotten about the game’s signature headcrab enemies, and the idea of them hurtling towards me in virtual reality is, frankly, quite disconcerting — Half-Life can get pretty freaky even without the immersiveness of VR.

And while the trailer unsurprisingly doesn’t give much away in terms of story, the first comments coming from Valve’s team about the game make me think we’re in for more than just a linear prequel storyline that wraps up just before Half-Life 2 begins. Speaking to The Verge, Valve’s David Speyrer dropped this intriguing tease: “While it does take place before the events of Half-Life 2, we actually recommend that you play through Half-Life 2: Episode 2 before you play Half-Life: Alyx, for reasons that will become clear as you progress.”

Pair that statement with a key line of dialog from the trailer: “Close your eyes, honey!” It’s spoken by Alyx’s father Eli as a headcrab comes flying towards the camera and the shot cuts to black. It works as a dramatic stinger at the climax of the trailer, but there’s more to dissect here. That’s the last thing Eli says before (spoiler alert) being killed by a horrific Combine Advisor at the end of Episode Two, the cliffhanger we’ve all been waiting to move on from. Sure, Valve could just be screwing with obsessive fans like me with this callback — but maybe there’s more. In a game universe with dimensional tears, heroes put into stasis to be awakened years later, and time-bending Vortigaunt aliens, it’s not hard to imagine Valve has a lot more in store for us than a simple, linear prequel. Sure, the company hasn’t had an in-depth, single-player campaign for a long time, but its track record when it does choose to do so is pretty excellent.

Of course, my excitement for all of this is tempered by the fact that Half-Life: Alyx requires a VR-capable Windows computer and headset. I don’t have either of those. Buying or building a gaming PC that can run Alyx isn’t an unreasonable proposition, and most people who play PC games regularly will probably have the hardware they need. But add in hundreds of dollars on a virtual reality headset and playing this game is an extremely expensive proposition for me and probably lots of other people. Buying a new PC is one thing, as it’s something I can at least use for plenty of other things — but a new computer plus a VR headset for one game is a bit much.

It’s not surprising that Valve picked this moment to go all-in on VR; in fact, it’s a bit surprising they didn’t do it sooner. VR headsets of one type or another have been around for years, but there have been few “must buy” VR games, the kind of thing that sells systems. It’s a chicken-and-egg situation — there aren’t many of VR headsets out there, so developers aren’t as incentivized to spend a lot of resources on a flagship VR game, so not many people are buying VR headsets.

But Valve already put a stake in the ground with the Index, perhaps the best VR headset made so far, and now it has a flagship, VR-only game to go with it. Fortunately, you don’t need to throw down $1,000 for the Index to play Alyx — Valve says it believes in the openness of the PC market and does not want to restrict the game to a single headset.

As for why Valve isn’t doing a traditional version of Alyx, it simply sounds like the gameplay mechanics they’re developing for VR wouldn’t translate back to keyboard and mouse. “When you can track your hands separately from your head, they’re all in 3D space, all simultaneously tracking and moving, you just can’t really get that with a mouse and keyboard,” Valve’s Dario Casali said in an interview with Geoff Keighley. “When you put that into game mechanics, the kinds of interactions that we can do now we couldn’t possibly do with a mouse and keyboard.” Long story short, it doesn’t seem like Valve made Alyx VR-only just to sell Index headsets.

Basically, this whole week has been a roller-coaster of emotions. Half-Life is back… but it’s a prequel… The trailer looks fantastic… but I need to find hundreds of dollars to get a rig so I can play it. I really want to play it, and ultimately, I think I’m going to have to get on board with VR. That might not happen by March, but I’ll want to play Alyx sooner or later. Especially because this “prequel” seems like it might be a bigger re-entry into the Half-Life universe. After building a whole new engine and VR gameplay style for the universe, it seems like returning to the series should be simpler than it was getting it back off the ground. “We’re very excited about building more Half-Life, that’s for sure,” Valve’s Robin Walker said to Keighley. It’s hard not to be optimistic about the future of the franchise for the first time in a decade, even if it means buying some pricey new hardware.

editorial, gaming, half-life, half-life 2, half-life: alyx, index, personal computing, personalcomputing, valve, valve index, virtual reality, VR
All products recommended by Engadget are selected by our editorial team, independent of our parent company. Some of our stories include affiliate links. If you buy something through one of these links, we may earn an affiliate commission.