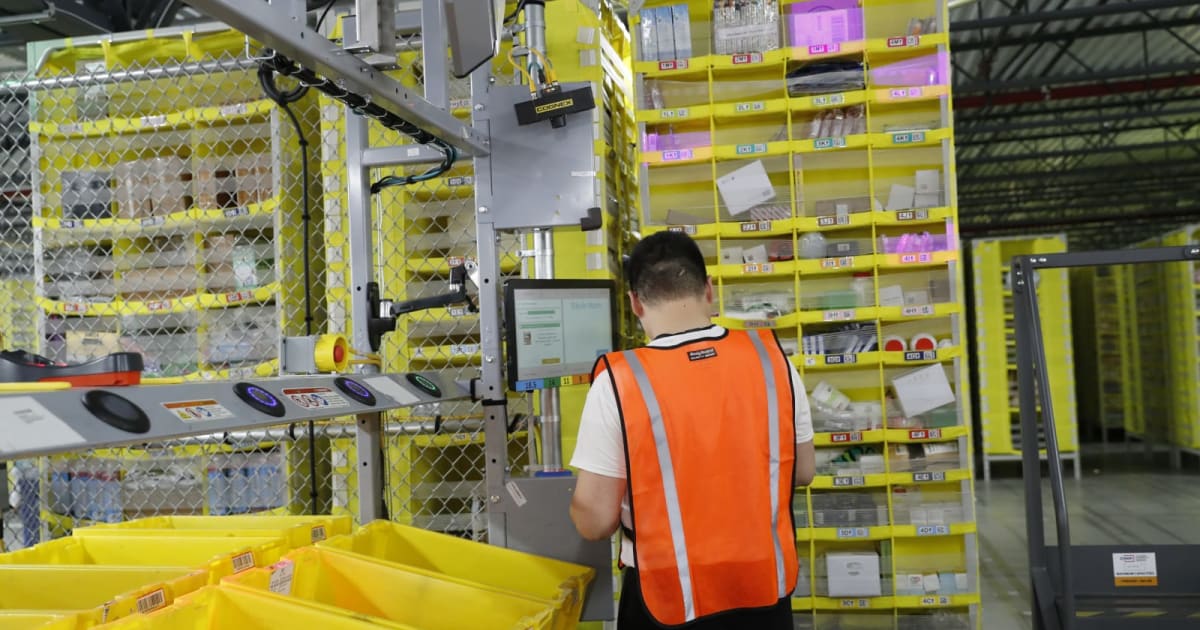 Amazon’s relentless drive for efficiency and to meet its self-imposed tight delivery deadlines has reportedly played a role in serious injuries among warehouse workers. A joint investigation by Reveal and The Atlantic, along with a separate report from Gizmodo, highlighted the extent of the injury epidemic based on Amazon’s internal incident reports. They also underscore the pressure employees are facing to hit their targets.

In a statement provided to Engadget, Amazon denies that its “fulfillment centers are unsafe and efforts to paint our workplace as such based solely on the number of injury recordings is misleading given the size of our workforce” (its full statement on the reports is below). As of June, it employed 125,000 people at its 110 American fulfillment centers.

The Reveal and Atlantic investigation looks at the issue on a broad scale. Injury records from 23 of Amazon’s US centers indicated an incident rate of 9.6 serious injuries per 100 full-time employees last year. The industry average for 2018 was four.

Managers record certain types of severe injuries in an Occupational Safety and Health Administration (OSHA) form, and use another type of form to note all injuries for an annual report. The former is for injuries that lead to death, loss of work days, loss of consciousness, broken bone(s) or the need for third-party medical assistance. OSHA describes the total incident rate as “a mathematical calculation that describes the number of recordable incident[s] per 100 full-time employees in any given time frame.”

The Reason/Atlantic report suggests the rate of injuries that required days off or job restrictions at the Eastvale, California center was more than quadruple the average across the industry. One employee there says she had to place and scan more than 300 items per hour (about one every 11 seconds) on racks to meet her quota.

After around two months on the job, or moving and scanning almost 100,000 products, she was diagnosed with back sprain, joint inflammation and chronic pain — all of which were said to be the result of working at Amazon. The Eastvale center had 422 recorded injuries last year.

Meanwhile, Gizmodo examined injury issues at the JFK8 fulfillment center in Staten Island, New York, which opened in September 2018. Data suggests that for every 100 employees at JFK8, 15.09 had a recordable injury or illness last year. Amazon has more than 3,000 workers at the center (which, again, was open for less than four months during the recording period). For comparison, the rates for sawmills and steel foundries were 6.1 and 10.2 respectively for 2018.

The vast majority of the injuries at JFK8 last year were said to be minor bruises, cuts and sprains. However, per OSHA data Gizmodo obtained, each reportable injury there led to an average of more than two months of missed work.

Employees have long complained about the facility’s temperature, while the report suggests a few are suffering from repetitive motion injuries, such as carpal tunnel syndrome and tendonitis. One woman is reported to have suffered a miscarriage and managers “refused to put her in a different section where she might have had less bending, stretching and things to do,” according to one employee.

Still, with their capacity to earn a living at stake, many workers seem to have soldiered on through various injuries. Employees were expected to protest working conditions at the center Monday.

“It’s inaccurate to say that Amazon fulfillment centers are unsafe and efforts to paint our workplace as such based solely on the number of injury recordings is misleading given the size of our workforce. We believe so strongly in the environment that we offer for fulfillment center employees, including our safety culture, that we offer public tours where anyone can come for themselves one of our sites firsthand.

“Ensuring the safety of associates in our building is our number one priority and we invest heavily in safety. Operational meetings, new hire orientation, process training and new process development begin with safety and have safety metrics and audits integrated within each program. Safety training is constant, both in making sure employees know how best to work with the technology in the facility and also how to prevent injuries. There’s a dramatic level of under-recording of safety incidents across the industry – we recognized this in 2016 and began to take an aggressive stance on recording injuries no matter how big or small.”

Source:
Gizmodo, Reason, The Atlantic
In this article:

amazon, business, employees, fulfillment centers, fulfillmentcenters, gear, injuries, workers
All products recommended by Engadget are selected by our editorial team, independent of our parent company. Some of our stories include affiliate links. If you buy something through one of these links, we may earn an affiliate commission.