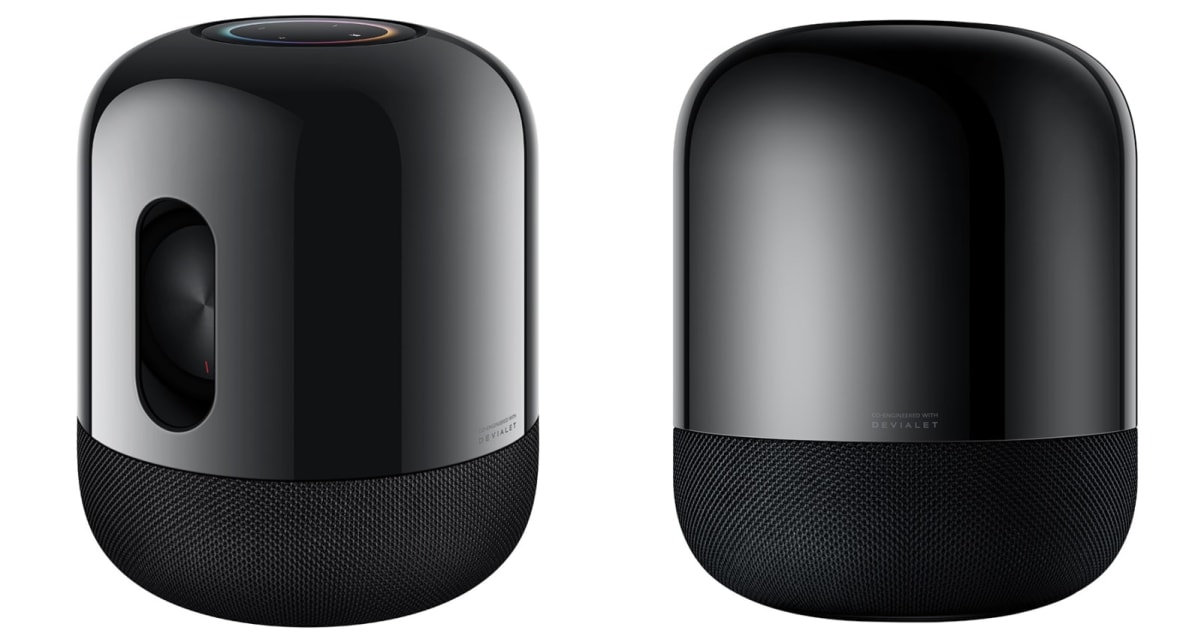 Huawei has unveiled the Sound X, a smart speaker it build in conjunction with bespoke French HiFi company Devialet. On top of the premium look, it packs a 60 watt double subwoofer and 360-degree sound, along with Devialet’s speaker active matching (SAM) that eliminates distortion and push-push woofer vibration-cancelling tech.

It’s also got one-touch control, Huawei’s HiLink smart home control, Huawei’s “Xiaoyi” voice assistant and support for Huawei music. The speaker was unveiled at the same time as Huawei’s iPad Pro-like MatePad Pro tablet. Huawei already has a couple of smart speakers, including one that strongly resembles (wait for it) Apple’s HomePod.

Devialet said the Sound X represents its “first partnership in Asia,” and noted that China is its “second-largest region worldwide in terms of sales.” The company has done a number of alliances elsewhere, however, including a surround sound TV speaker for Sky, the Altice Amplify smart speaker from Altice USA, Renault’s crazy Symbioz self-driving car and an unusual set-top box with internet provider Free in France.

Huawei’s Sound X will only be sold in China, but it’s now on pre-order for a relatively low sum R12; at least, considering the Devialet angle — of 1,999 yuan ($300). It doesn’t appear that the product will be coming to any western markets, however.

Coverage:
Engadget Chinese
In this article:

av, Devialet, entertainment, gear, HiFi, Huawei, smart speaker, Speaker
All products recommended by Engadget are selected by our editorial team, independent of our parent company. Some of our stories include affiliate links. If you buy something through one of these links, we may earn an affiliate commission.