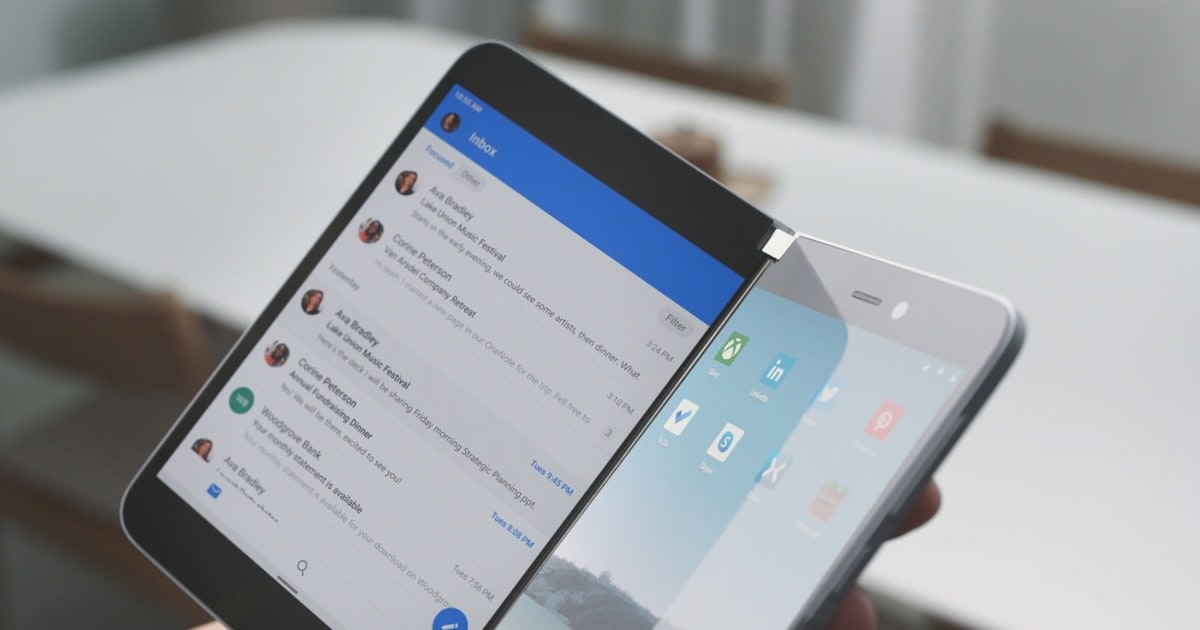 As 2020 draws closer, we’re also slowly nearing the debut of dual-screen devices from Microsoft and others. Now that the Surface Duo and Surface Neo have been revealed, the company’s next step is to help developers get their software ready for the new devices. While deeper details will have to wait until early next year, the message sent to developers via a blog post is that current apps (on Android and Windows 10X) will work without needing new tools and redesigns.

As far as making apps that can take advantage of new capabilities presented by these convertible devices, the idea is for a “common model” that overlays either Windows or Android. We’ll have to wait and see what that looks like in practice, but with both the Duo and Neo scheduled to arrive in the holiday season next year, hopefully developers have enough time to figure out what works — and what doesn’t — before they go on sale.

Source:
Windows Blog
In this article:

Android, design, dual-screen, gear, microsoft, mobile, personal computing, personalcomputing, Surface Duo, Surface Neo, Windows 10X
All products recommended by Engadget are selected by our editorial team, independent of our parent company. Some of our stories include affiliate links. If you buy something through one of these links, we may earn an affiliate commission.