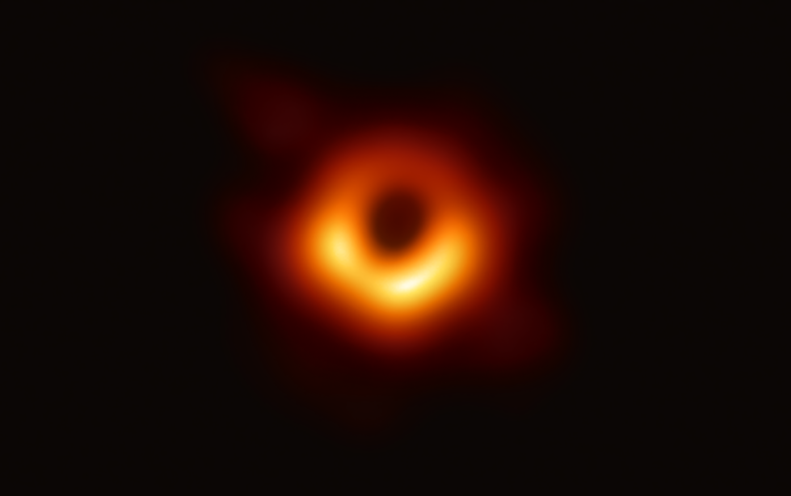 Of all the scientific accomplishments in 2019, one in particular stands out: an image of a flaming ring of starlight surrounding a dark circle. Black holes had long been theorized to exist but never directly observed, and scientists had until this year only guessed at what they might look like. But finally, it happened. After more than 10 years of data collection from 11 radio telescopes around the world, astronomers captured the shadow of the gargantuan black hole at the heart of the galaxy Messier 87 (above).

Few things inspire as much awe as seeing what was once unseeable, but there were a number of other extraterrestrial milestones in the past 12 months. On January 1, NASA’s New Horizons probe flew by the farthest body ever visited by a spacecraft—the snowman-shaped object called Ultima Thule. Local temperature was reportedly 400 degrees Fahrenheit below zero. Then, in July, we celebrated the 50-year anniversary of the Apollo 11 moon landing. Precious lunar territory may soon be hotly contested by spacefaring nations and commercial interests in search of new resources, Adam Mann writes.

Back on Earth, incredible achievements abound. Neuroscientists restored circulation and molecular and cellular functions in excised pig brains four hours after death, making them appear relatively normal but for the absence of brain waves indicative of consciousness. Elsewhere in the resurrection department, researchers re-created the scent genes and inhaled the fragrance of plants that have been extinct for decades. As for the origins of life, analyses of ancient coral-like fossils suggest that complex animals got their start millions of years earlier than previously thought.

Every year it seems that science becomes more central to tackling society’s problems. With engineers trying to head off dangerous global warming, Richard Conniff takes stock of the technologies available to remove carbon dioxide directly from the atmosphere. A team of investigators working in Guinea-Bissau devised and tested a controversial but enticing hypothesis that some vaccines for specific diseases can confer protection for many other maladies, such as tuberculosis, malaria or flu. Cailin O’Connor and James Owen Weatherall apply network science to explain why misinformation goes viral so easily.

The elegance of science is its ability to be agile and adaptive—it asks how we know what we know, posing questions that are continually refined and reframed. And sometimes we’re lucky enough to get signposts that show—through a shadowy ring of fire perhaps—we’re on the right path.