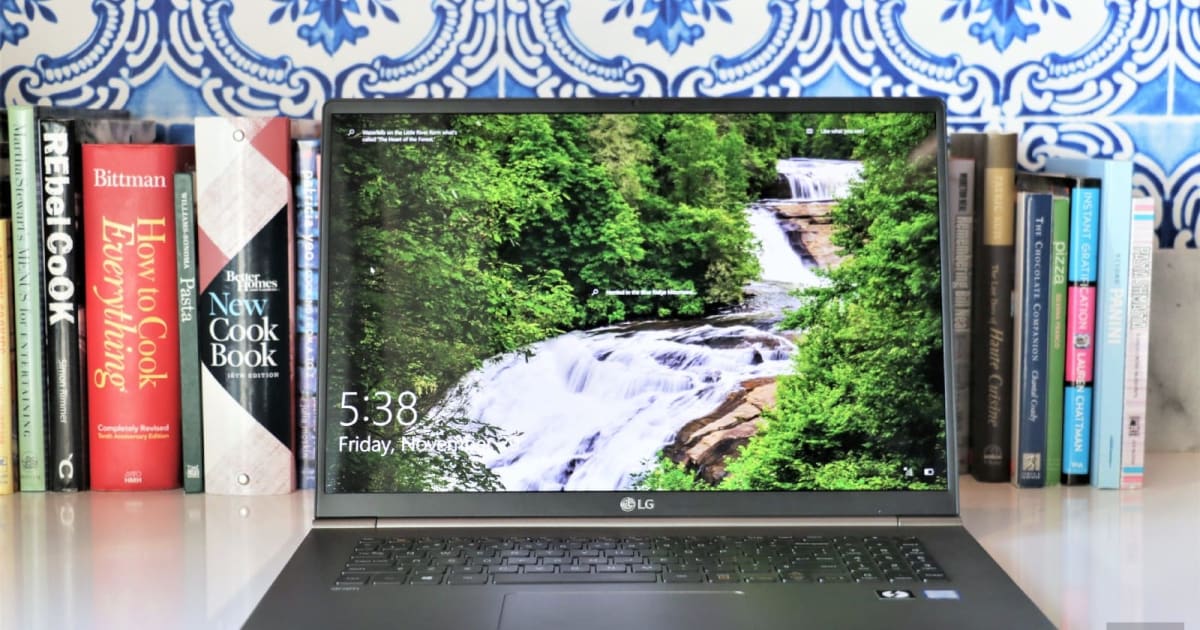 Apple’s MacBook Pro 16-inch may be big, but there’s a bigger laptop in town. Okay, so there are plenty of bigger laptops around, but the LG Gram 17 is not only larger, but it’s also much lighter. It offers a gorgeous, gigantic 17-inch screen that you can take with you, just in case you need a roomier canvas on the go. LG has proven it can fit a big screen in a small package, but the Gram 17 doesn’t pack the performance punch you might expect from a system this size. So the question is, who needs a screen this large in a thin-and-light frame, but not the horsepower that usually goes along with it?

What really stands out about the Gram 17 is its pairing of a giant display and almost impossibly slim profile. Thanks to things like Intel’s Project Athena and Ultrabook categories, as well as NVIDIA’s Max Q designs, laptops are getting more svelte by the year. But the Gram 17 would be incredibly thin and light, even for a 15-inch laptop. Surrounding the display are bezels that are barely there, and the chassis is largely unadorned, giving it a very sleek look.

The whole reason the Gram 17 is so light, other than to demonstrate LG’s ability to engineer such a thing, is to allow people to carry around a huge screen with them without straining their shoulders and arms. If you need a large canvas for making sales presentations, for example, and you don’t want to lug an external monitor, this could come in handy. Otherwise, it’s hard to imagine any other scenario where you’d pick the Gram 17 over another laptop.

Even though it fit snugly into my largest tote, the Gram 17 was quite unwieldy to carry around. I actually opened it up on the train to get some work done, and found myself poking the passengers beside me because the laptop spilled over the boundaries of my seat. It’s definitely a lot easier to carry around than any other 17-inch notebook and I’m more likely to bring it to a meeting than, say, an Alienware or ROG of the same screen size. But I’d always pick a 15-inch system or smaller to take on the go.

Though the magnesium frame is incredibly light, it does feel a little cheap and fragile compared to the more tank-like build of other 17-inch laptops. Still, LG said the Gram 17 meets military-spec standards for durability. And though I didn’t have the guts to toss this thing around too much, it did remain in near-perfect condition even after I stashed it in my giant purse and jostled around sometimes-violent strangers on the New York subway. I also tried to twist the Gram 17 and the machine did give a little, but that teeny bit of flex is something I’m willing to live with as a trade-off for such a light body.

Because there’s so much room on the Gram 17, LG was able to cram a generous array of ports. There’s three USB 3.0 Type A ports, a USB C slot, an HDMI socket, an Ethernet port, as well as a micro SD card reader and a headphone jack. Though, this thing is so big it almost feels like there’s still room for a CD ROM drive, if you remember those.

The Gram 17 offers a reasonable resolution of 2560 x 1600, which translates to a spacious 16:10 aspect ratio. The nice thing about this is that it lets you open up a ton of apps and multitask like a legend. You can quarter up the display and have four apps running at the same time, or you can do what I did, which was open up multiple reference pages for specs and articles, side by side while banging out a review. That real estate is incredibly useful for serious multitasking.

I also like that the display was really bright and colorful. Images from a sample 4K video on YouTube looked straight up gorgeous. Plus, I could place the Gram 17 on the table in a hotel room, and still clearly see characters from my favorite TV shows from the bed about six feet away.

Because it has such a sharp profile compared to rival 17-inch systems, the Gram 17 also has far less depth to offer in its keyboard. That isn’t to say that the buttons here are quite as shallow as the Macbook Air’s, but don’t expect the cushy travel you get from most systems this size. There’s still some depth here and the snappy feedback makes typing more comfortable.

Since there’s plenty of room on the deck itself though, LG saw fit to squeeze in a numpad and as well as a handy power button at the top right corner that also housed a fingerprint sensor for convenient logins. Yet, the company made some curious decisions in the layout. Specifically, the Enter and Backspace keys are smaller than usual. Because of that, these keys require a little more reaching than I’m used to, and instead of hitting Enter, I ended up inserting a lot of quote marks. I also found it hard to reach for the delete key, which sat all the way to the top right of the backspace button.

The trackpad, on the other hand, benefitted from the extra space. This glass-covered surface is generously sized and I never ran out of room while scrolling through pages or pinching to zoom, and the cursor was consistent and responsive.

Oddly, with such a roomy chassis, you’d think that LG would find enough room to squeeze in a more powerful graphics card. But, because the Gram 17 is so thin, there isn’t a lot of room for a sophisticated cooling system that needs to accompany those. Instead, it comes with an Intel UHD 620 GPU. Now I’m not the most hardcore gamer or video editor — my most demanding task was running the occasional game of Overcooked, so this held up for most of my workloads. Those expecting more beef will likely be disappointed.

The laptop’s CPU is an eighth-generation quad-core Intel Core i7 processor, and it performed decently for the most part. It had no problem with my usual workload, which includes multiple browser tabs while sneaking in a few episodes of The Good Place on Netflix in the background. But the computer did stutter when I tried to jump between folders while unzipping three folders at the same time. Though, that’s more a product of the slow SSD than the CPU — on our disk speed benchmark, the Gram 17 was only about half as fast as the competition.

It’s not an apples to apples comparison, but consider a recent notebook of a similar size like the Macbook Pro 16. It packs a six- or eight-core i7 or i9 chipset with AMD’s Radeon Pro graphics options, so you’ll have plenty more power for demanding tasks. Other 17-inch laptops tend to be gaming laptops and are often complete tanks like the Alienware Area 51m, and pack much more muscle into heftier frames. At $1,700, the Gram 17 also costs about a thousand bucks less than these two laptops. It’s also a completely different kind of machine. You’re better off thinking of it as a thin-and-light mainstream laptop with a big screen than a large notebook packing powerful guts in a thin-and-light frame. It’s almost like a bigger Surface Laptop 3, which starts at $999 and uses AMD Ryzen processors.

Since most 17-inch laptops tend to just sit on your desktop, battery life usually isn’t a priority for these machines. Yet, the Gram 17 managed to clock almost 13 hours on our battery test. That’s about an hour longer than the Macbook Pro 16, but a half hour shorter than the XPS 15. The Alienware Area 51m meanwhile lasted a hilarious 1.5 hours.

I’m truly impressed by what LG was able to do with the Gram series, even as I struggle to understand why someone would need to lug around such a large screen. The best uses for big displays are demanding tasks like video or graphics editing, and those processes require more muscle than the Gram 17 offers. Ultimately, the Gram 17 seems more like a way to show what laptop makers could do if all they cared about was shaving off inches and pounds.

apple, dell, gadgetry, gadgets, gear, laptops, lg, lg gram 17, microsoft, personal computing, personalcomputing, review
All products recommended by Engadget are selected by our editorial team, independent of our parent company. Some of our stories include affiliate links. If you buy something through one of these links, we may earn an affiliate commission.