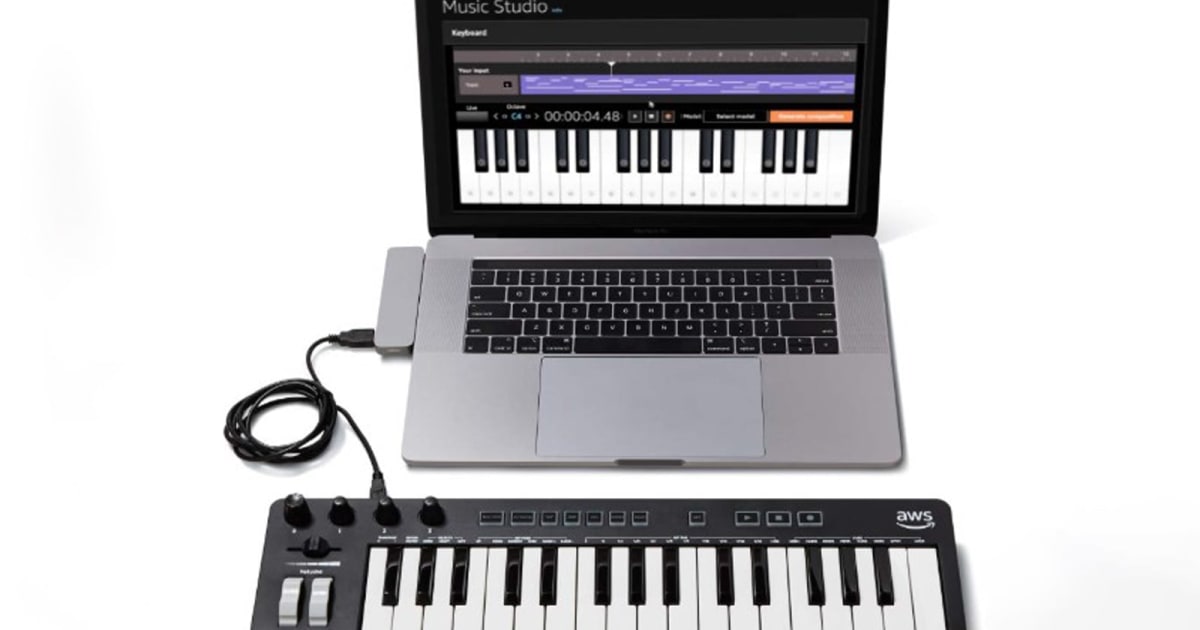 Amazon has just announced AWS DeepComposer, what the company claims is the world’s first machine-learning enabled musical keyboard. In practice, the actual device is a lot simpler than Amazon’s grand statement might make it seem.

The company envisions developers using the 32-key, two-octave keyboard as a tool for experimenting with machine learning. You can use the instrument to lay down a melody, and then, with the help of Amazon’s DeepComposer toolset, create new compositions. At launch, Amazon will have pre-trained algorithms that will be able to dress up melodies as rock, pop, jazz and classical songs by adding surrounding musical elements. In one example, Amazon showed off the AI creating a rock version of Beethoven’s “Ode to Joy” after it was instructed to add drums, two electric guitars and a bass guitar to the mix. You’ll also be able to create your own genres by training Amazon’s AI with a curated library of songs. Once you’re done, you can even export your new AI-created tune directly from the software to SoundCloud.

This isn’t Amazon’s first tool aimed at helping developers understand machine learning. Each year since 2017 Amazon has released a new device that ties into its AI and machine learning work. In 2017, the company came out with DeepLens, a $249 camera with built-in edge computing capabilities. Last year, it was DeepRacer, a $399 1/18th scale autonomous race car.

The keyboard itself costs $99, making it — at least initially — the most affordable of Amazon’s three machine learning tools. Developers can also skip buying the keyboard entirely and instead use the included virtual keyboard. However, actually using the keyboard for experimentation and developing new musical genres could become expensive quickly. After a free three-month trial, Amazon will bill DeepComposer users $1.26 per hour of training usage and $2.14 per hour of inference usage. Still, the keyboard is by far one of the most affordable ways Amazon has created for developers to access its machine learning expertise.

AI, amazon, amazon web services, artificial intelligence, aws, AWS DeepComposer, deep learning, gear, robots, services
All products recommended by Engadget are selected by our editorial team, independent of our parent company. Some of our stories include affiliate links. If you buy something through one of these links, we may earn an affiliate commission.