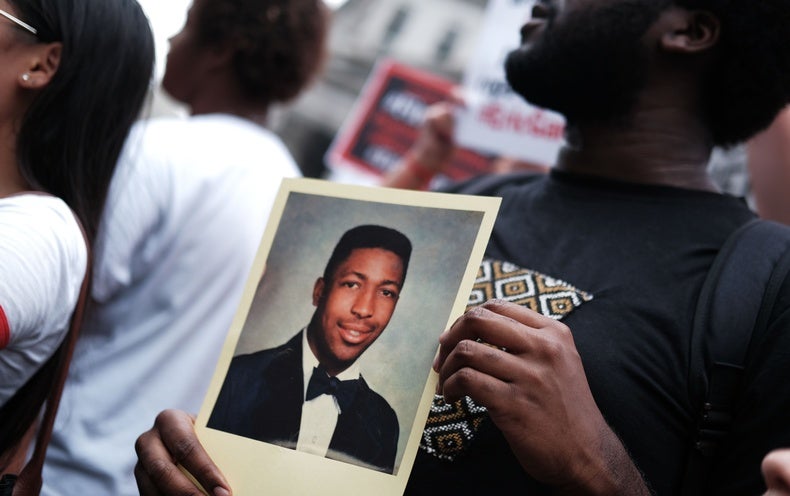 Michael Brown, Eric Garner, Tamir Rice—these are just a few of the unarmed African Americans killed by police officers in the past few years. Such incidents not only cause incalculable suffering in affected families but also have long-term impacts on communities’ overall well-being. Now a new study finds that such events are associated with negative health outcomes among unborn black infants.

Sociologist Joscha Legewie of Harvard University analyzed the birth records of nearly four million babies born in California in recent years and found that black infants born near police killings of unarmed black individuals were more likely to be born prematurely and have a lower birth weight. He did not find a similar correlation among white or Hispanic infants or black infants exposed to killings of armed black people or of those of other races. Maternal stress related to killings perceived as unjust or discriminatory may be contributing to the observed health impacts on black infants, Legewie says. Studies suggest preterm birth and low birth weight can negatively affect cognitive development, linking them with lower test scores and greater rates of attention deficit hyperactivity disorder. The findings were published Wednesday in Science Advances.

Police kill about 1,000 people in the U.S. every year, and a disproportionate number of them are minorities. Black individuals are killed at nearly three times the rate of white ones. Officers’ use of deadly force is often controversial, but when the person killed is unarmed, the impacts on communities can be especially devastating, prompting surges of collective grief, anger and fear.

Legewie hypothesized that the stress experienced by pregnant black women living in close proximity to police killings of unarmed black individuals could be contributing to poor birth outcomes. To investigate that potential effect, he examined data on all births in California between 2007 and 2016, including information about race and ethnicity, birth weight, gestational age, home location and other factors. Then he combined this information with data on police killings in California between 2005 and 2017, which included the date and location of the events, the races of the people killed, and whether or not they were armed. Legewie analyzed the impact of proximity to a police killing (in kilometers)—at time intervals before and after the event, as well as during all three trimesters of pregnancy—on birth weight and gestational age (a measure of premature birth). He examined killings of black, white and Hispanic people, as well as the health of infants of corresponding races.

Based on his results, Legewie concludes that only killings of unarmed black individuals were significantly associated with the health of black infants. Although the exact mechanism is not known, he speculates that maternal stress from the killings may trigger cells in the placenta and fetal membranes to produce corticotropin-releasing hormone—which is known to cause premature birth and low birth weight.

To exclude other factors that could explain a link between police killings and poor birth outcomes, Legewie conducted several analyses. First, he used something called a “difference in difference” approach, comparing black infants born in areas exposed to the killings (before and after the events) with infants in demographically similar areas that had no reported killings. He then used another method to compare the health of siblings who were or were not exposed to a police killing while in the womb, to reduce possible factors related to the mother. Finally, he compared the correlation of police killings of people in different racial and ethnic groups to the health of infants of those groups to show that the situation was specific to black infants exposed to killings of unarmed black individuals.

The analysis is “interesting, relevant, very careful, very well executed,” says Florencia Torche, a professor of sociology at Stanford University, who was not involved in the study. “This finding aligns with prior scholarship suggesting that police violence—and in particular, police killings—have detrimental effects on black populations.” And it extends those effects to “the most innocent members of society: the ones who haven’t been born.”

Torche adds that it is somewhat surprising the study did not see a similar correlation between police shootings of Hispanic individuals and the health of Hispanic babies. Legewie says he is still interpreting this result, but he notes there is a longer history of interactions between African American communities and the police and more media coverage of police killings of black people.

The causal link between police violence and birth outcomes suggested by the new study “is not at all far-fetched,” says Paula Braveman, a professor of family community medicine at the University of California, San Francisco, who was also not involved in the work. “Chronic stress due to any cause—for example, worry about oneself or one’s loved ones or just members of one’s group being the victim of police violence, and the disregard for the value of a black person’s life that that violence reflects—could trigger the neuroendocrine mechanisms that produce inflammation and dysregulation of the immune system. These are thought to be important mechanisms leading to preterm birth.” Braveman and her colleagues published research in 2017 that supports this link. “We found that black women who worried often about being treated unfairly based on their race were twice as likely as other black women (who did not worry often about this) to have a preterm birth—even after taking into account a very large number of relevant characteristics that might confound the relationship,” she says.

One limitation of his new study, Legewie says, is that he did not measure stress and anxiety directly. The findings also need to be replicated in other states or geographical areas. He says his paper is among the first to look at a potential link between police killings and black infant health, so it should not be seen as definitive. But “the fact that all my analyses lead to the same answer makes me more confident,” he says.