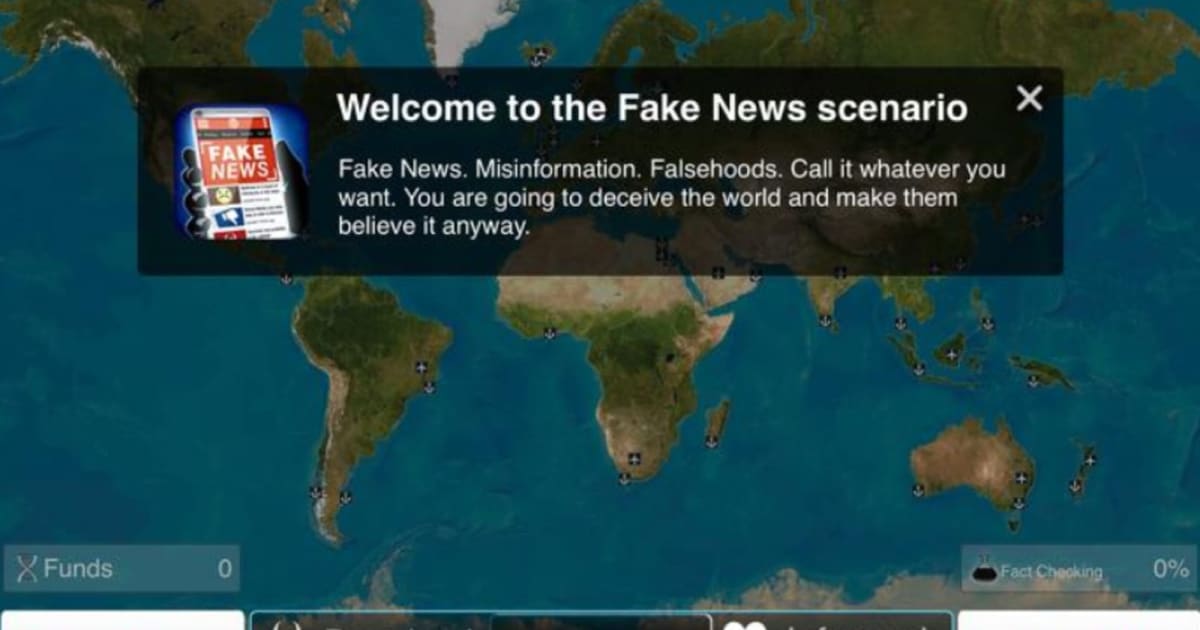 Strategy game Plague Inc. has been around for ages, but its makers are still working on ways to keep it relevant and interesting. The game, which sees players do their best to wipe out the world with infectious disease, was given an anti-vaxxer scenario earlier this year. Now, the potentially-devastating phenomenon of fake news is on the agenda, too.

The new fake news scenario challenges players to get their own made up story into the minds of the general population using modern technology and psychological tricks — all before fact checking organizations have the opportunity to debunk it. The best part? Developer Ndemic Creations have actually partnered with a legit fact checking group, Full Fact, to launch the scenario.

According to Full Fact, the UK’s independent fact checking charity, “The game is a heightened view into the extremes of misinformation and the serious consequences it can have for our democracies, health and society.” Meanwhile, Plague Inc. creator James Vaughan said that it was “scary” how many of the game’s infection algorithms “translated perfectly to the world of false facts, fake news and bad information.” So it’s not hyperbole to say that fake news really is a disease upon the world.

The new fake news scenario is free and available now to anyone playing Plague Inc. on iOS. It’ll arrive on PC, Android and consoles soon.

Via:
Eurogamer
Source:
Full Fact
In this article:

anti-vaxxer, av, fake news, Full Fact, gaming, medicine, mobile, Ndemic, personal computing, personalcomputing, Plague Inc, politics, scenario, strategy
All products recommended by Engadget are selected by our editorial team, independent of our parent company. Some of our stories include affiliate links. If you buy something through one of these links, we may earn an affiliate commission.