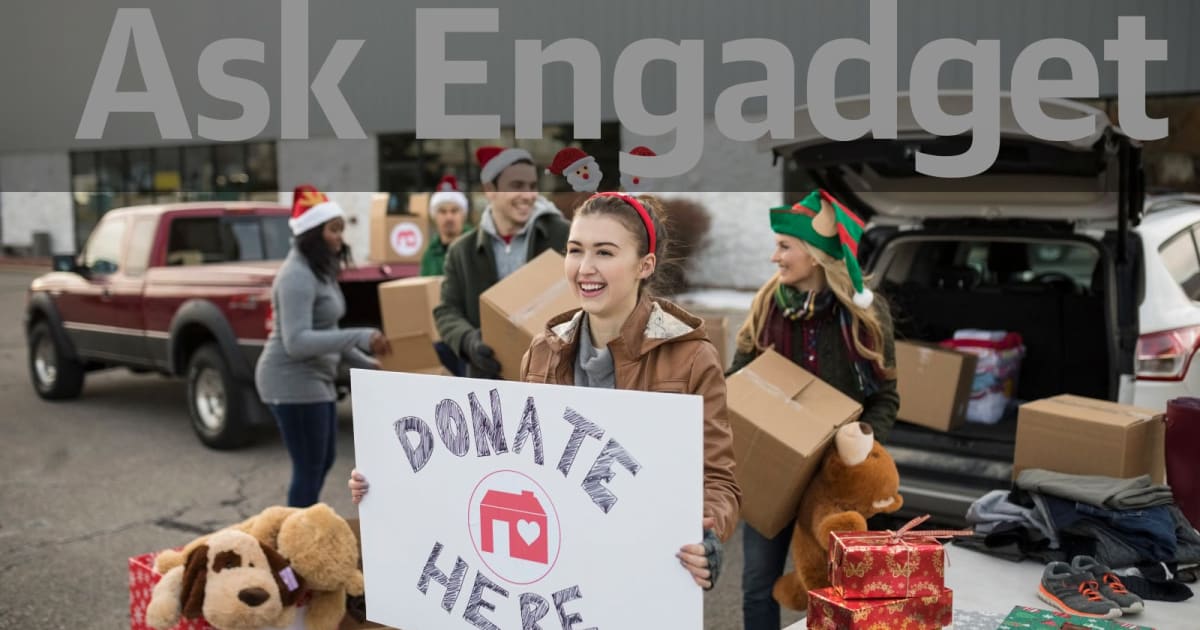 The support shared among readers in the comments section is one of the things we love most about the Engadget community. Over the years, we’ve known you to offer sage advice on everything from Chromecasts and cameras to drones and smartphones. In fact, our community’s knowledge and insights are a reason why many of you participate in the comments.

This week’s question asks which are the best gift-giving charities. Weigh in with your advice in the comments — and feel free to send your own questions along to ask@engadget.com!

What charities donate gifts to people in need?

If you’re a gamer or gadget fan looking to spread some holiday cheer this season, one charity to think about is Child’s Play. This non-profit org, founded by the duo behind the long-running web comic Penny Arcade, raises money to provide games and entertainment for kids in children’s hospitals and shelters.

You can either donate funds that Child’s Play will use to provide games and toys, or you can directly buy items from participating hospitals’ Amazon wish lists. There’s more than 100 recipient organizations in the network, so if you want to donate to a facility in your hometown or a hospital you have a special connection to, odds are that you can.

While Child’s Play started with just games, they’ve expanded to toys, movies, legos, books, and anything that can help a kid in need forget about what’s going on for a few hours and have a little fun. So if you’re taking some time this holiday to relax play a new game or watch a favorite film, consider the kids out there, some of them living through what has to be some of the hardest moments a person can experience, and share the fun..

There are several large, well-known charities that donate gifts, mostly to children. Among them: the Make-a-Wish Foundation, The Salvation Army and United Way, which has a Christmas Bureau that provides toys and gifts in addition to other holiday assistance.

USPS, meanwhile, participates in the Be an Elf program, wherein people volunteer to answer children’s letter to Santa and send them gifts. Toys for Tots works with Alexa to donate gifts to needy children.

Other charities that give out gifts include Angel Tree (sponsored by the Salvation Army), which plays Santa for kids whose parents are incarcerated. There’s also My Two Front Teeth, which connects donors to children who draw pictures of the gifts they want. Operation Homefront, meanwhile, gives gifts to the children of military families, and often accepts donations at local Dollar Tree locations.

If you’re looking for more tech-focused charities, Chris’ suggestion of Child’s Play is the only one I know about that donates gifts specifically. However, there are a lot of other tech charities you can donate to or give to including Code.org, which promotes STEM learning; One Laptop Per Child, which provides rugged laptops to children all over the world; and Free Geek, which refurbishes donated electronics for students. There’s also Annie Cannons, which trains trafficking survivors in coding, and Techie Youth, which teaches foster kids and at-risk youth IT skills.

Ask Engadget, AskEngadget, charity, donate, gadgetry, gadgets, gear, hgg2019, holiday, HolidayGiftGuide, services, thebuyersguide
All products recommended by Engadget are selected by our editorial team, independent of our parent company. Some of our stories include affiliate links. If you buy something through one of these links, we may earn an affiliate commission.