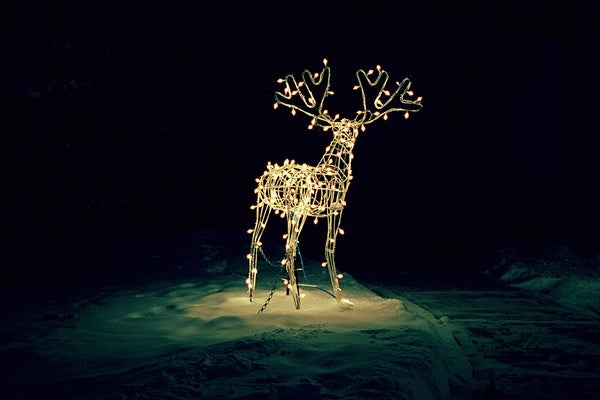 Eight degrees doesn’t sound like much. It’s only 1/45 of the way around a circle. On a globe, it’s about nine percent of the angular distance between the Equator and the North Pole.

Today, I live eight degrees farther north than where I grew up. As one would expect, the climate is a bit different. Latitude is part of that: on any given day, it is probably cooler here in Salt Lake City than at my parents’ house in Dallas. But altitude and distances to mountains and oceans play a role as well.

My Texan roots mean I like to be warm. People who think cold is better than heat say you can always put more clothes on, but there’s a limit to how much you can take off. I think they’re vastly underestimating both how tedious it is to put on layer after layer every day for months and the power of a cool shower and a ceiling fan in the summer.

My first winter outside of Texas was the warmest, mildest winter in Chicago’s history—and the worst winter I could imagine. Now, several years later, I am a much more sophisticated layerer, and I have discovered the joys of merino wool. Winter will never be my favorite season, but I have adjusted fairly well to the cold. (Please do not fact check this assertion with my spouse.)

What has surprised me more is the dark. As a kid, I was aware of the fact that days were longer in the summer than the winter. At that time, we still “fell back” from Daylight Saving Time the week before Halloween, and I remember that it was always a bit of a shock how early it got dark when we went trick-or-treating. But in my memories, the dark doesn’t seem to encroach nearly as strongly as it does now.

Last December, I was walking through my neighborhood one evening and had a disconcerting realization: I loved the houses with Christmas lights. I’m not a big holiday or decoration person, and I don’t usually feel warm and fuzzy to see big holiday displays. I wondered as I wandered: Were my Decembers always this dark?

Dallas gets almost exactly 10 hours of daylight this year on December 21. Salt Lake City gets 9 hours and 15 minutes. Eight degrees farther north means 45 fewer minutes of daylight. Obviously, the difference is not confined to the solstice. Every day in December is at least 40 minutes longer in Dallas than it is here. That’s more than 20 hours more daylight there than here in the darkest month of the year. That seems pretty substantial for just eight degrees of latitude. The summer, of course, has as much extra light as the winter has darkness, but I can’t bottle that and use it to get through December. The lights in my neighborhood are little capsules of cheer during the long nights of winter.

I know that my sudden enthusiasm for holiday lights is nothing new. Humans dwelling far from the Equator have probably always found ways to brighten the winter months with lights, decorations, and celebrations.

I doubt I’ll ever be the neighbor with an elaborate reindeer scene or choreographed light and music show on my house in December. But a shift of eight degrees has softened my scroogey tendencies, and I’m ready to celebrate the light.