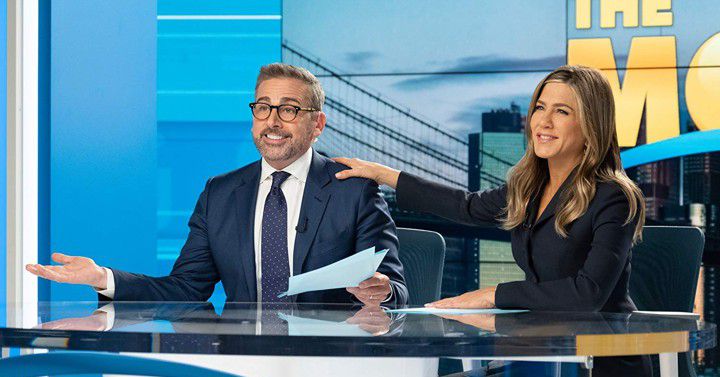 Just one day after Billy Crudup earned a Critics Choice nomination for his role in The Morning Show, Apple TV Plus’ flagship show is being honored with more nominations.

The Morning Show received a nomination for Best Drama from the Hollywood Foreign Press on Monday morning. Jennifer Aniston and Reese Witherspoon earned top acting nominations for Best Actress for their work in the show. Crudup did not receive a nomination.

Although Apple has received award show nominations in the past — James Corden’s Carpool Karaoke earned the company Emmy Award nomination for “Outstanding Short Form Variety Series,” this is a first major award nomination for Apple TV+. The nominations for Morning Show arrive after critics gave the show lackluster reviews following its debut on the service. Executive producers Kerry Ehrin and Mimi Leder referred to much of the negative criticism as an “attack on Apple.”

“When those reviews came in, I didn’t know what show they were watching,” Leder said at a media conference in Los Angeles last month. “I thought they were nuts. I thought there were a lot of Apple haters who just wanted Apple to fail. The reviews felt like an attack on Apple.”

Despite the negative reviews, The Morning Show is prime Golden Globe material. The show, which centers on a network trying to move past a former co-anchor being accused of sexual misconduct in a #MeToo world, is a prime candidate. Awards coverage website The Golden Derby also noted that Apple had a slight advantage because of its overall newness.

“Golden Globes voters are notorious for being the first to reward new shows and stars, and nothing is newer than the recent debut of the media company’s streaming service,” the site noted last week.