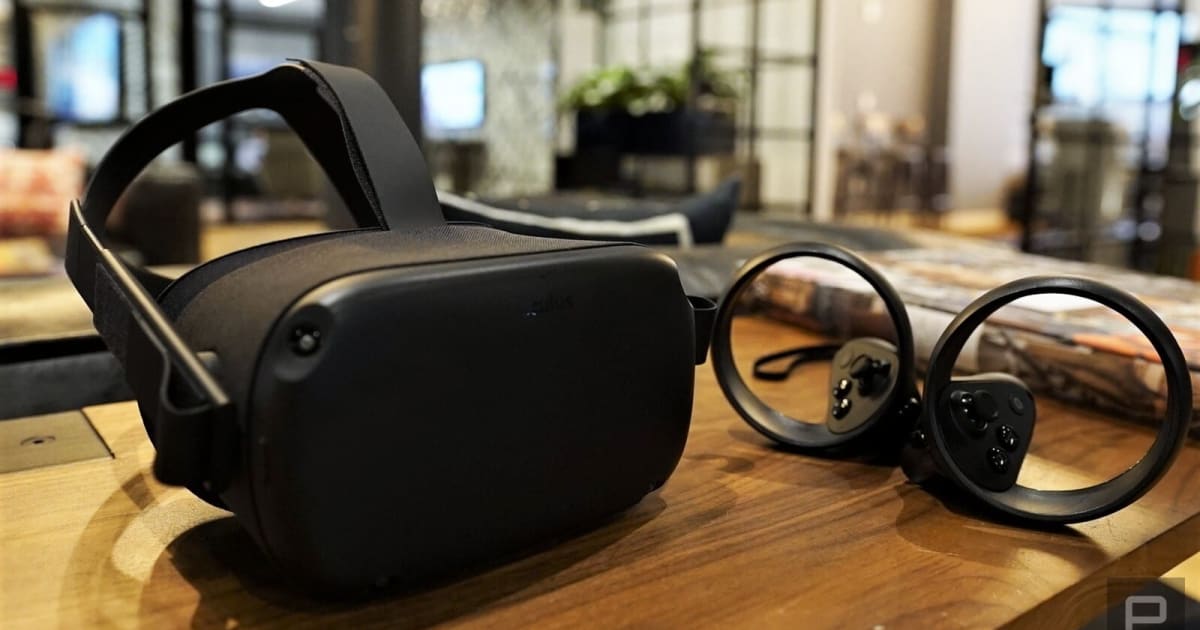 Along with Quest hand tracking, one of Facebook’s big announcements at Oculus Connect 6 in September was a batch of social VR features. You’ll get to try them over the coming days, as Oculus is starting to roll them out.

They include messaging with your Oculus pals, along with photo and video sharing and livestreaming to Facebook. You can create events to set up a time to play games with your buddies or arrange meetups, and form parties that all your Oculus friends can join (parties were invite-only until now). Your Facebook friends will also be able to group up with you in VR when you send them links via Messenger.

Oculus says to use these features — and existing ones such as joining parties, adding friends and visiting people’s Homes — it’ll ask you to sign in with Facebook, which powers the social interactions. Facebook has updated the Oculus Privacy Policy to clarify that.

You won’t have to log in with Facebook to use the VR platform. If you do, you’ll still keep your existing Oculus friends, username and profile. You can decide to display your real name (as per your Facebook profile) on Oculus and whether to automatically add your Facebook friends as Oculus contacts. You’ll have control over what you share from Oculus to Facebook as well, along with who can see those posts.

It’s worth noting that if you do sign into Facebook on the VR platform, the former will tap into your Oculus data to power the social features as well as recommendations and ad targeting. It might suggest things like VR events you might be interested in and ads for apps on the Oculus Store. Oculus says the privacy policy changes won’t affect third-party apps and games. An FAQ spells out the types of data Oculus and Facebook will share if you connect the accounts.

The ties between Oculus and Facebook services will deepen over time, with new features such as Facebook Group sharing options and watch parties on Quest on the way. The beta of the Facebook Horizon social VR world is also slated for next year.

ad targeting, adtargeting, av, data, facebook, gaming, oculus, services, social vr, socialvr, targeted advertising, targetedadvertising, virtual reality, virtualreality, vr
All products recommended by Engadget are selected by our editorial team, independent of our parent company. Some of our stories include affiliate links. If you buy something through one of these links, we may earn an affiliate commission.