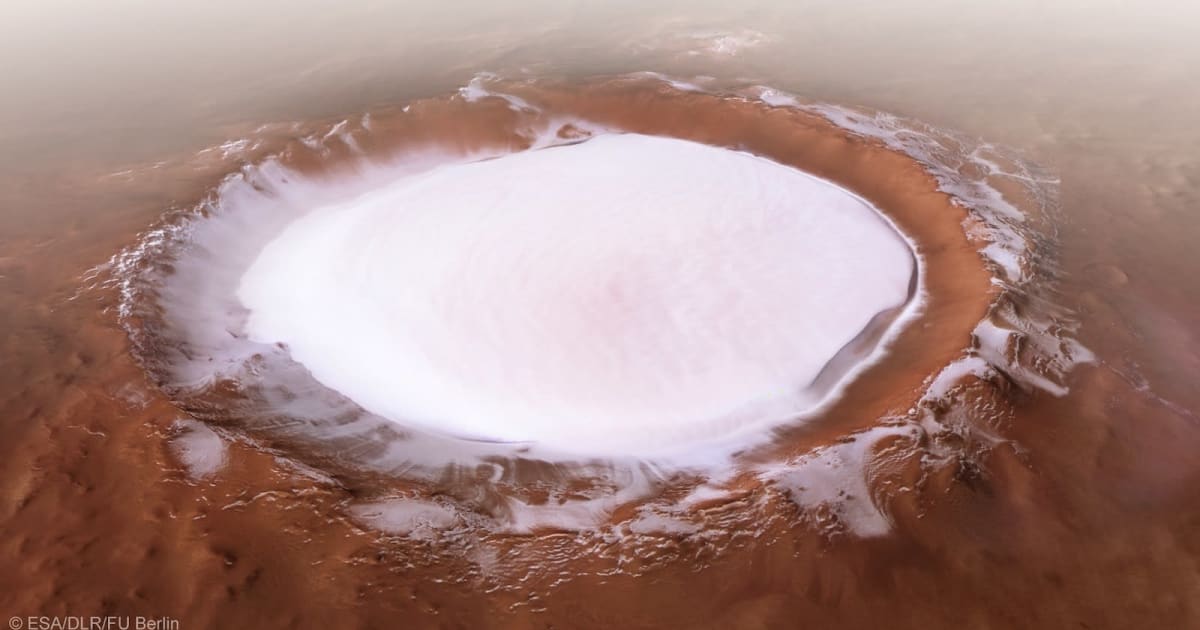 To explore the solar system beyond our planet, one important factor is the ability to locate water which can be used for drinking and for creating rocket fuel. To assist in the hunt for water on neighboring Mars, NASA has released a “treasure map” of potential ice locations on the red planet.

Researchers created the map of the Martian surface which shows where water ice is believed to be located. In some places, the ice is as little as 2.5 centimeters below the surface, making it easily accessible to future visitors. Cool colors represent ice closer to the surface, while warm colors are ice deeper down.

“You wouldn’t need a backhoe to dig up this ice. You could use a shovel,” the paper’s lead author, Sylvain Piqueux of NASA’s Jet Propulsion Laboratory, said in a blog post. “We’re continuing to collect data on buried ice on Mars, zeroing in on the best places for astronauts to land.”

Locating ice is important to enable manned missions to the planet, and could help identify sites for projects like SpaceX’s planned Mars base. Water is heavy to transport aboard rockets, so finding it on Mars will help humans to survive there. However, because the planet has such a thin atmosphere, most water on the surface evaporates quickly.

Scientists realized that looking below the Martian surface is the best hope of finding accessible water ice, and that there may even be liquid water beneath the polar ice caps. With this new map, researchers have a blueprint for where to start planning missions and eventually sending astronauts to Mars.

Source:
NASA
In this article:

ice, mars, nasa, space, tomorrow
All products recommended by Engadget are selected by our editorial team, independent of our parent company. Some of our stories include affiliate links. If you buy something through one of these links, we may earn an affiliate commission.