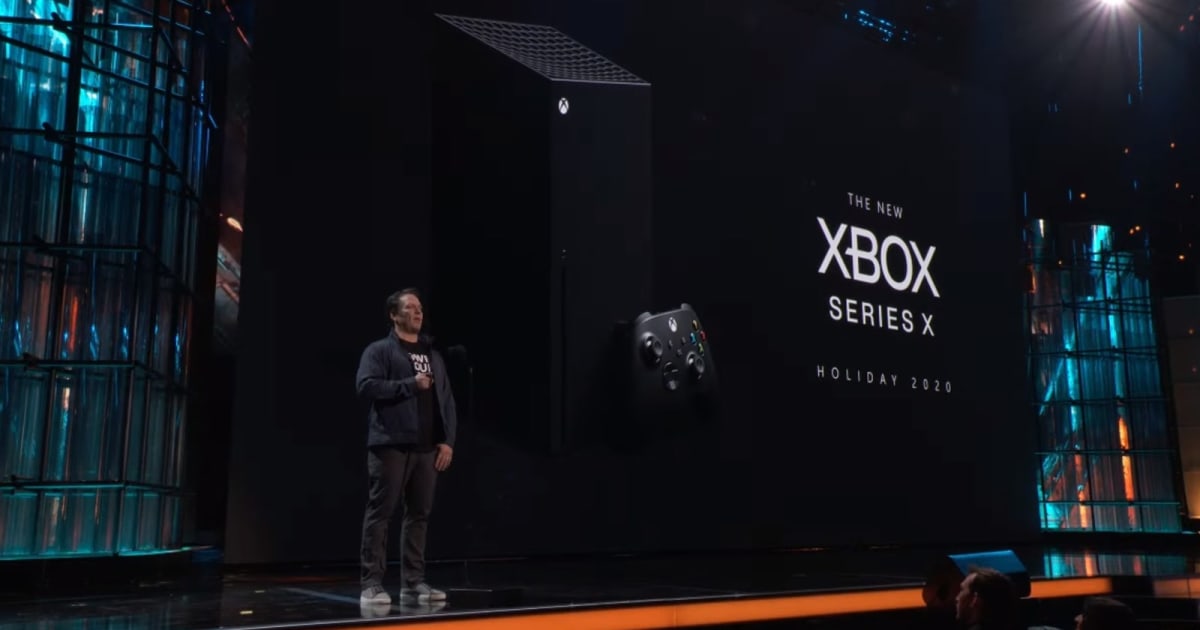 The Game Awards kicked off with a bang as Microsoft offered a first proper look at the next Xbox and revealed the console’s name: Xbox Series X. Previously known as Project Scarlett, the next-generation Xbox resembles a PC tower and it arrives holiday 2020.

Microsoft said in a blog post the Series X design allows it to pack in four times the processing power of Xbox One X “in the most quiet and efficient way.” You won’t necessarily need to stand the console vertically in your home entertainment system — it supports a horizontal orientation too.

Along with its upcoming console, Microsoft revealed its new Xbox Wireless Controller. It suggested that it redesigned the peripheral to be more comfortable for a wider range of people. The controller has a DualShock 4-style Share button for capturing screenshots and game clips, and an upgraded D-pad that’s based on the Xbox Elite Series 2 controller. As you might expect, it’ll work with Windows 10, but it’s compatible with Xbox One as well. The controller will be bundled with every Series X console.

A console needs games, of course, and the reveal included a world-premiere look at Senua’s Saga: Hellblade II, which is a sequel to Ninja Theory’s Hellblade: Senua’s Sacrifice. Microsoft didn’t offer concrete details on exactly when the Xbox Series X will be available beyond that holiday window or how much it’ll cost. But it answered a couple of core questions about the upcoming console: what it looks like and what the thing’s actually called.

Source:
Microsoft
In this article:

art, av, games, gaming, microsoft, the game awards, thegameawards, thegameawards2019, video games, videogames, xbox, xbox series x, xboxseriesx
All products recommended by Engadget are selected by our editorial team, independent of our parent company. Some of our stories include affiliate links. If you buy something through one of these links, we may earn an affiliate commission.