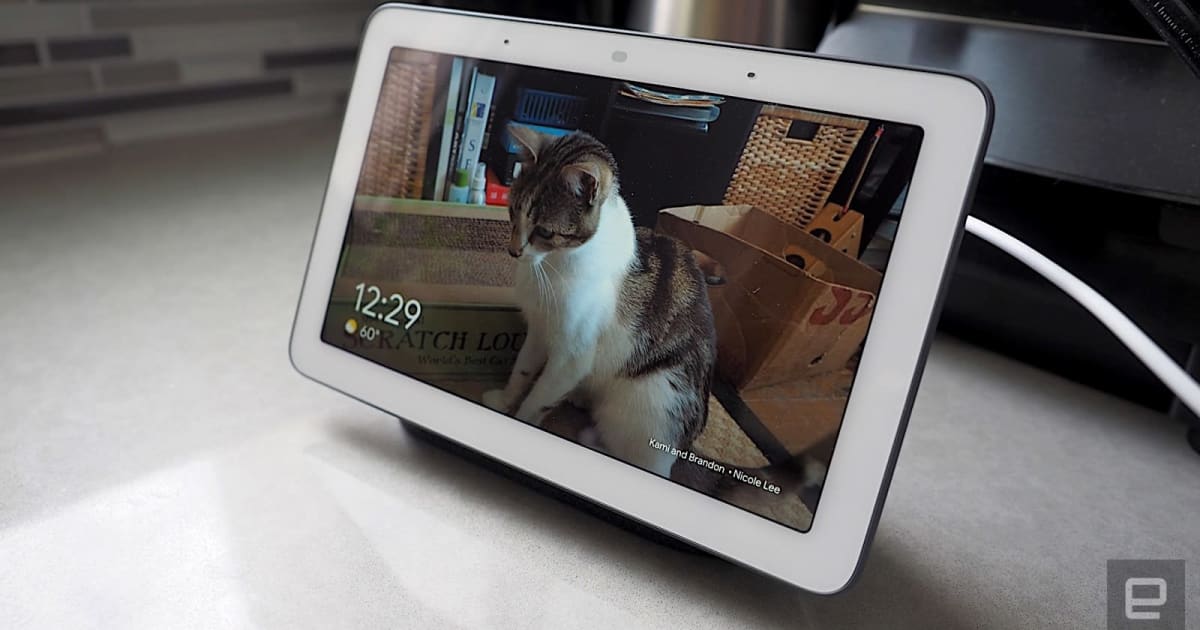 If you’re still trying to finish your holiday shopping, Best Buy has an intriguing offer. The retailer is currently offering a Nest Hub two-pack for $100. Normally, if you were to buy two of them separately, they would cost you $260.

There’s a couple of ways you could go with two smart displays. One option is to keep one of the devices for yourself and to gift the other to a relative that lives across the country. That way, if you have an elderly parent or a child who recently went off to college, you two can easily stay in touch with video chat. Beyond video calling, another nifty way to use the Nest Hub is in the kitchen, as you can follow along with a cooking video as you make a meal. Of course, you can also use it to play other YouTube videos, as well as to listen to music and manage your smart home devices.

We reviewed the Nest Hub back when it was called the Google Home Hub, awarding it an 87. Engadget’s Nicole Lee liked the Nest Hub’s simple but effective design, as well as its colorful and sharp display. She thought the speaker could have been better at playing music, but thought it was perfectly fine for podcasts and audiobooks.

We know what you’re thinking, no one wants a router for a gift — but that’s only because they haven’t experienced the magic of mesh WiFi before. If you or someone you love lives in a big home with WiFi dead spots, a mesh router system will be a game-changer. Thankfully, Amazon has discounted one of the better systems you can buy, Google’s Nest WiFi.

You can get a two-pack for $239, down from $299. Note that the package Amazon is selling includes two routers — and not a router and a range-extending Point. Working together, the two routers provide approximately 4,400 square feet of coverage, meaning they can blanket all but the biggest homes with a strong, consistent WiFi signal.

Engadget’s Daniel Cooper gave the Nest WiFi a score of 84 when he reviewed the system last month. He particularly liked the unobtrusive design, and how easy it was to set up an entire network. He also appreciated that each Nest Point doubles as a smart speaker with Google Assistant built-in — but noted that some might not like having yet another device that listens in on them.

engadgetdeals, gadgetry, gadgets, gear, google, hgg2019, home, internet, mesh networking, mest wifi, nest hub, nest wifi, smart display, smart home, thebuyersguide, wifi, wireless network
All products recommended by Engadget are selected by our editorial team, independent of our parent company. Some of our stories include affiliate links. If you buy something through one of these links, we may earn an affiliate commission.