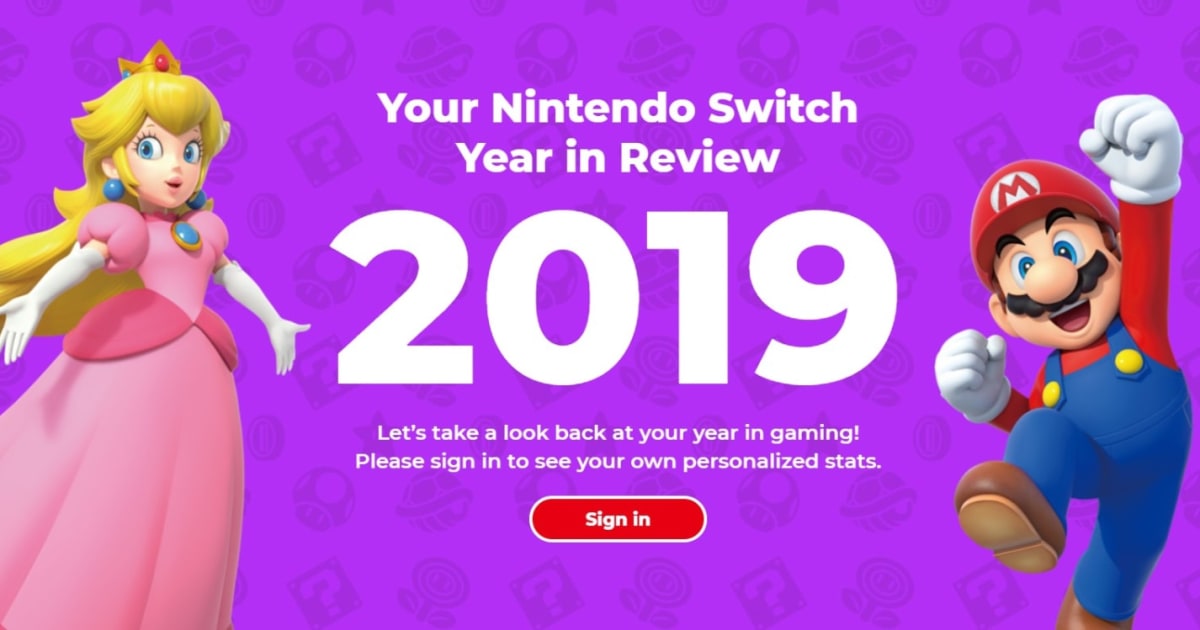 As 2019 winds down, it’s a time of reflection on the year that was, which includes how we used products and services. Spotify, for instance, has long offered a way to see your most-played songs of the year. Now, Nintendo’s getting in on the action with its own year-in-review tool for Switch.

It starts by going all the way back to the first day you used the hybrid console, even if it was before this year, as well as the first game you booted up. It then offers insights on your most-played games of the year, how many hours you spent playing Switch titles and the number of games you played overall.

The year-in-review page also breaks down your Switch activity per month by hours played, as well as the days you played most often. One of my most active days was December 5th, when the Super Mario Maker 2 update with The Legend of Zelda’s Link arrived.

The minisite is also peppered with ads for other games and (at least for me) Switch Lite. It also displays the number of My Nintendo Gold Points you earned in 2019 — just in case you’re considering cashing those in for one of the advertised titles.

As with similar year-in-review tools for other services/gadgets, it’s a fun snapshot of what you played and when you were most likely to be found with a Switch or controller in your hands. However, it only seems to work for North American Nintendo accounts for the time being.

Via:
Gamespot
Source:
Nintendo
In this article:

games, gaming, nintendo, nintendo switch, nintendoswitch, services, switch, video games, videogames
All products recommended by Engadget are selected by our editorial team, independent of our parent company. Some of our stories include affiliate links. If you buy something through one of these links, we may earn an affiliate commission.