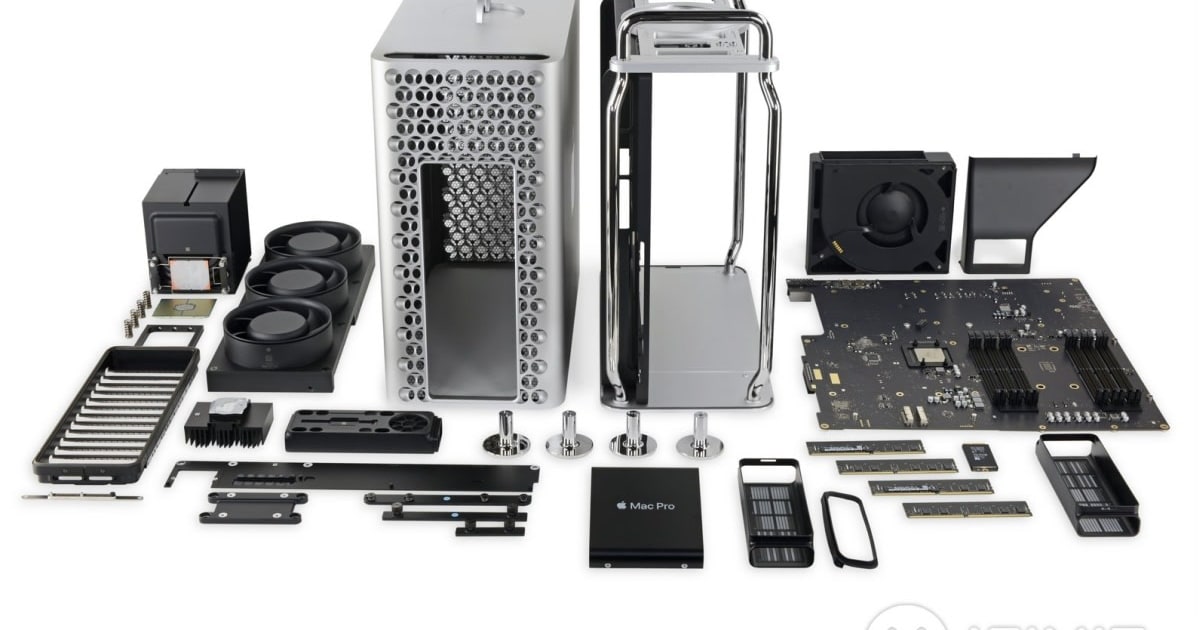 At last, we’ve reached the end of the third Star Wars trilogy. I don’t know what that earns us, but there should be an Xbox Achievement or something. If you’re preparing to see The Rise of Skywalker over the next few days then, first, good luck avoiding any spoilers, and second, don’t forget there’s an exclusive sneak peek to go along with this week’s episode of The Mandalorian, which arrived last night.

For me, the big event of a new thing arriving is only enhanced by iFixit pulling it apart to see what’s inside. Sure, repairability matters, but as I prefer PCs, it’s unlikely I’ll ever need to replace the $400 wheels on a Mac Pro. After you’re done with this morning’s roundup, keep an eye on the site to see our review of the new Razer Blade Stealth 13.
— Richard Lawler

It should be.Apple’s new Mac Pro is unsurprisingly easy to repair

iFixit has torn down the Mac Pro, and it’s now clear that many components beyond the memory and PCIe cards are trivial to remove and (if you can track down parts) replace. The SSD is an exception given its ties to the T2 security chip Apple built-in, but nearly everything else is swappable, down to the fans. That’s something worth knowing if you’re willing to void the warranty on your pricey new workstation.

Faster-than-sound speed without the boom?NASA’s X-59 supersonic jet is cleared for final assembly

This X-59 Quiet SuperSonic Technology (QueSST) aircraft, designed by Lockheed Martin, could take its first flight as soon as 2021.

There’s a lot of math supporting your strategically blurred selfie.Google explains the science behind the Pixel 4’s Portrait Mode

Ready for an explainer on the Pixel 4’s auto-focus system and how it makes the phone’s Portrait Mode possible? We knew you were, and Google’s AI blog has coughed up the details. In order to estimate depth, the Pixel 4 captures an image using two cameras, the wide and telephoto cameras, which are 13 mm apart. For even more accurate estimation, the cameras also use a dual pixel technique in which every pixel is split in half and captured by a different half of the lens.

Updated for the end of 2019.The best Xbox One games

With the Xbox One X having a clear advantage over Sony’s PlayStation 4 Pro when it comes to gaming on a 4K TV, there’s never been a better time to jump in. If you’re sticking with Microsoft’s console ahead of the Xbox Series X’s arrival next year, these are some of the games that will play and look best on your system. We’ll explain why you can’t miss games like Control and Gears 5.

Sony has unveiled a DualShock 4 Back Button Attachment that, as the name implies, lets you map two of the gamepad’s buttons to easier-to-reach locations on the back. If you’d rather not lift your fingers to reload or perform a special attack, you don’t have to. You can specify up to three profiles, and an OLED screen on the back illustrates your current button setup. That’s one more accessory to grab before the PS5 ships next year, and it’s certainly cheaper than buying the Xbox’s Elite Wireless Controller 2 for a few similar paddles.

art, av, entertainment, gadgetry, gadgets, gear, personal computing, personalcomputing, services, themorningafter, transportation
All products recommended by Engadget are selected by our editorial team, independent of our parent company. Some of our stories include affiliate links. If you buy something through one of these links, we may earn an affiliate commission.