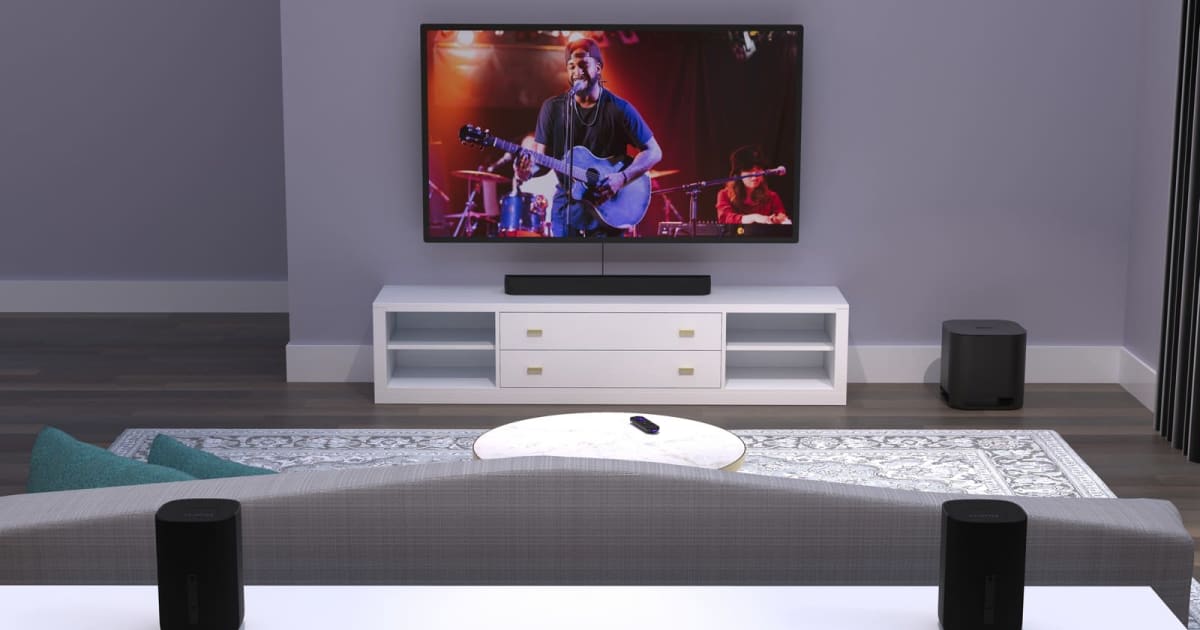 Roku has been steadily building up its audio hardware over the past few years — first with its wireless speakers ($150), then with a soundbar and subwoofer ($180). So really, it’s not too hard to guess where it’s going next: surround sound! An update for the Roku Smart Soundbar ($160) next month will finally let all those devices work in concert, allowing you to be enveloped in the aural atmosphere of Netflix’s The Witcher.

As you’d expect, the soundbar will serve as the left, center and right channels in Roku’s surround setup. Its wireless speakers, meanwhile, will handle the rear audio. While it’s not exactly a surprising update, at least owners of Roku’s audio gear will have a path towards surround sound. If you happened to pick up its wireless speakers a few years ago, it’s not too tough to move them around and add the soundbar. And when you’re ready to add some low-end action, just throw in the subwoofer. (Notably, this is also the first time the wireless speakers will work outside of a Roku TV.)

Roku isn’t aiming for consumers who already know the ins and outs of home theater equipment. As with all of its audio gear, it’s just hoping to deliver a simple solution that anyone can use. In a brief demo during CES, Roku’s reps were able to connect the individual speakers easily. And most importantly, the complete surround system sounds excellent, with rich detail and forceful bass. It’s exactly what I’d want from a surround system that costs $450 in total (if you get the $300 soundbar and subwoofer bundle). The system supports Dolby audio, so it can handle pretty much every 5.1 soundtrack you’ll find on streaming services today.

There aren’t many settings to deal with, either. Roku offers upmixing modes for video and music — the former spreads sound across every speaker, while the latter just duplicates the front and rear channel sound. And if you’d rather have a pure stereo experience for music, you can turn off the surround sound entirely.

Walmart customers who purchased an “onn” Roku soundbar can round out their system with the new $149 onn surround speakers. They’ll look a bit different than the standard Roku gear, and they won’t include the voice remote either.

Naturally, there are downsides with Roku’s equipment. While the company is stressing ease of use, you’ll likely get higher quality sound from similar speaker setups from the likes of Vizio. And your choice of audio options is pretty limited — can only use the soundbar as the front channels, you can’t just add more wireless speakers for better stereo separation. But I can’t deny that a simple surround sound system that “just works” would be great for many consumers. And Roku isn’t forgetting about more sophisticated users either: at CES, the company announced that its TVs will also work together seamlessly with some third-party soundbars and receivers.

av, entertainment, gadgetry, gadgets, gear, Roku, Roku Smart Soundbar, Roku Subwoofer, Roku Wireless Speakers, surround sound
All products recommended by Engadget are selected by our editorial team, independent of our parent company. Some of our stories include affiliate links. If you buy something through one of these links, we may earn an affiliate commission.