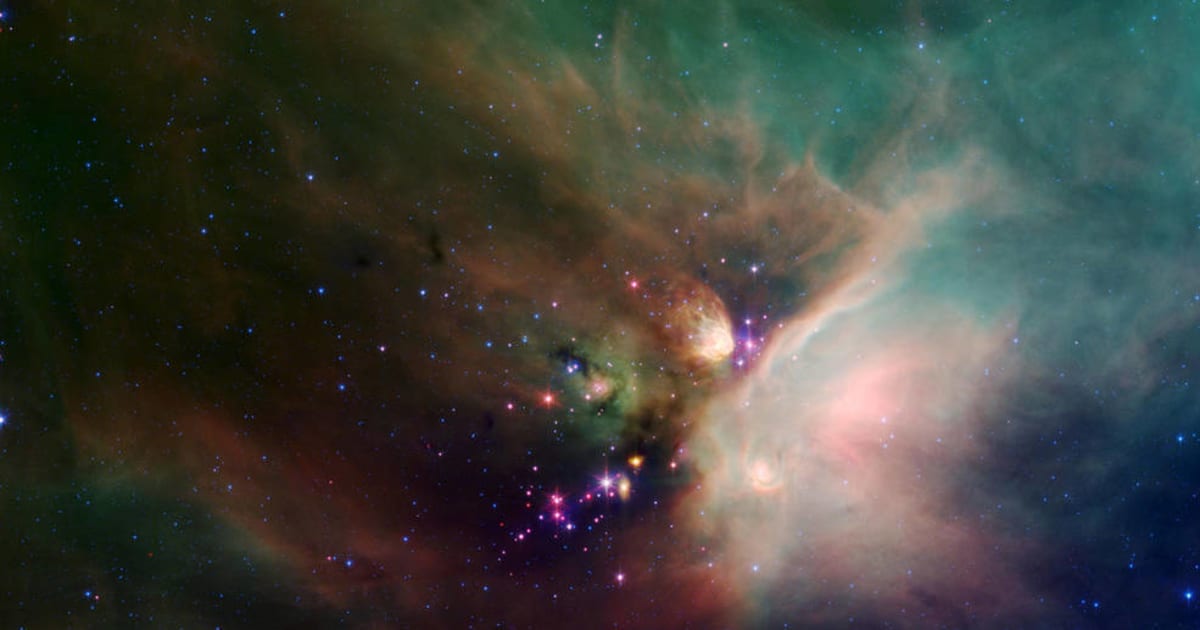 NASA is flipping the switch on the Spitzer Space Telescope today. The observatory has made groundbreaking discoveries about the universe since its launch in 2003, from imaging some of the oldest stars in the universe to detecting the light reflected by exoplanets. The Spitzer was previously scheduled to go offline in 2018, but has continued operating due to NASA’s followup telescope being postponed. With the James Webb Space Telescope nearing completion, Spitzer’s mission is over.

Both the Spitzer and the Webb telescopes see the infrared spectrum of electromagnetic radiation — light that humans generally can’t see. This is helpful because there are many objects in space — such as exoplanets and brown dwarf stars — that are too dim for telescopes to see in visible light. By combining the Spitzer’s infrared data with the visible light images from the Hubble Space Telescope, scientists can form a more complete representation of space.

Spitzer’s infrared sensors also helped it to analyze interstellar dust. Over immense lengths of time, gravity pulls these particles together, eventually forming stars and planets. Analyzing the chemical makeup of this dust has helped NASA learn more about their composition and the origins of our own solar system.

The Spitzer captured the public’s attention thanks to its help in detecting Earth-sized planets in the Trappist-1 system, which is 39.6 light-years away from our own solar system. The observatory corroborated evidence of two exoplanets orbiting the star, and then found five more terrestrial exoplanets in the system. These developments broke into the mainstream, giving the public hope for finding a habitable exoplanet — something that, while still far fetched, may not be as implausible as it seemed.

While today may be bittersweet for scientists and armchair astronomers, the James Webb Space Telescope holds a promising future. The new telescope has both visible spectrum and infrared sensors and is more sensitive than both the Spitzer and the Hubble. Webb will help astronomers understand how galaxies form, why so many galaxies have supermassive black holes and even the origins of life. The James Webb Space Telescope is planned to launch on March 30, 2021.

Via:
Space.com
Source:
NASA
In this article:

astronomy, astrophysics, caltech, exoplanet, james webb space telescope, jpl, nasa, science, space, space observatories, spitzer, spitzer space telescope, telescope, tomorrow, trappist-1
All products recommended by Engadget are selected by our editorial team, independent of our parent company. Some of our stories include affiliate links. If you buy something through one of these links, we may earn an affiliate commission.