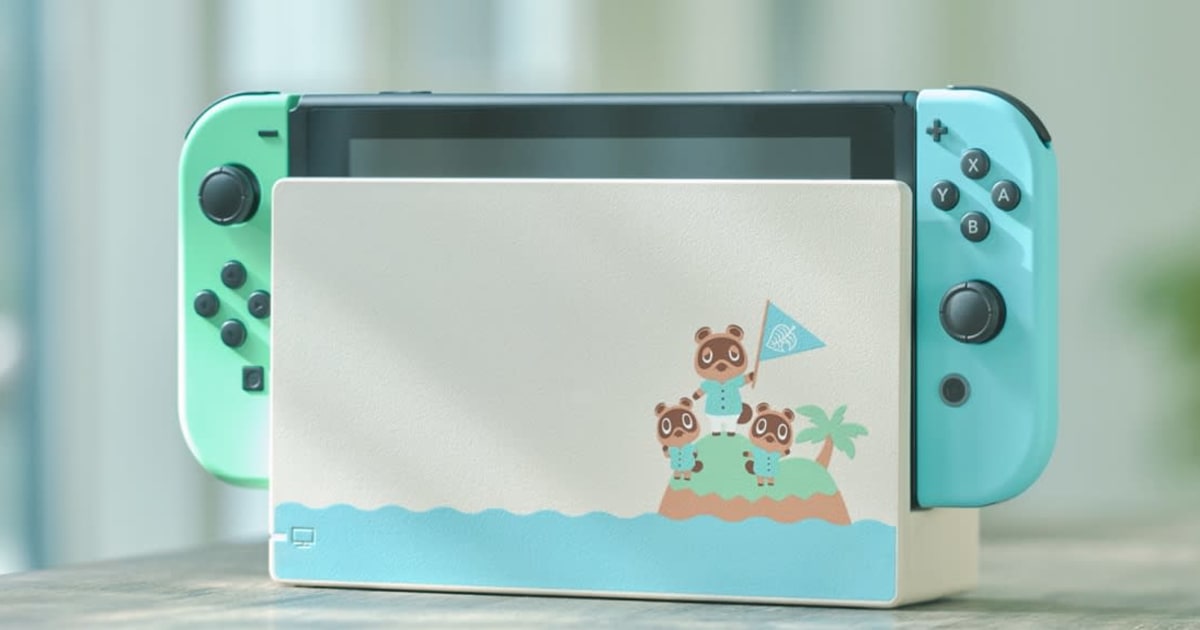 The first new Animal Crossing game on consoles in several years is almost here, and Nintendo is rolling out a special edition of its Switch to mark the occasion. This $300 Switch will arrive on March 13th, a week before the launch of Animal Crossing: New Horizons. It’s covered in pastel colors, with two-toned Joy-Cons and a white dock that has some of the game’s characters painted on it. The only thing it doesn’t come with is the game itself — that you’ll have to buy separately.

It’s available for pre-order at Best Buy if you’re already throwing your money at the screen, or you can just buy the game by itself and play it on a normal Switch — your choice. On the other hand, if you can’t get enough but just don’t need another console, Nintendo is releasing themed “Aloha Edition” carrying case and screen protector packages on the 13th for both the Switch and Switch Lite. The real good news, though, is that after a slew of videogame delays — that included Animal Crossing slipping from its planned launch date last fall — it looks like this one is just about ready to go on March 20th.

A #NintendoSwitch system inspired by #AnimalCrossing: New Horizons is on the way! With unique Joy-Con controllers, a custom design on the back, and a special Nintendo Switch dock, it’s the perfect way to start your island life. Available 3/13 for $299.99.https://t.co/MC5dJ11F3U pic.twitter.com/VigTPi4NDB

animal crossing, Animal Crossing New Horizons, gadgetry, gadgets, gaming, gear, new horizons, nintendo, Nintendo Switch, Switch
All products recommended by Engadget are selected by our editorial team, independent of our parent company. Some of our stories include affiliate links. If you buy something through one of these links, we may earn an affiliate commission.