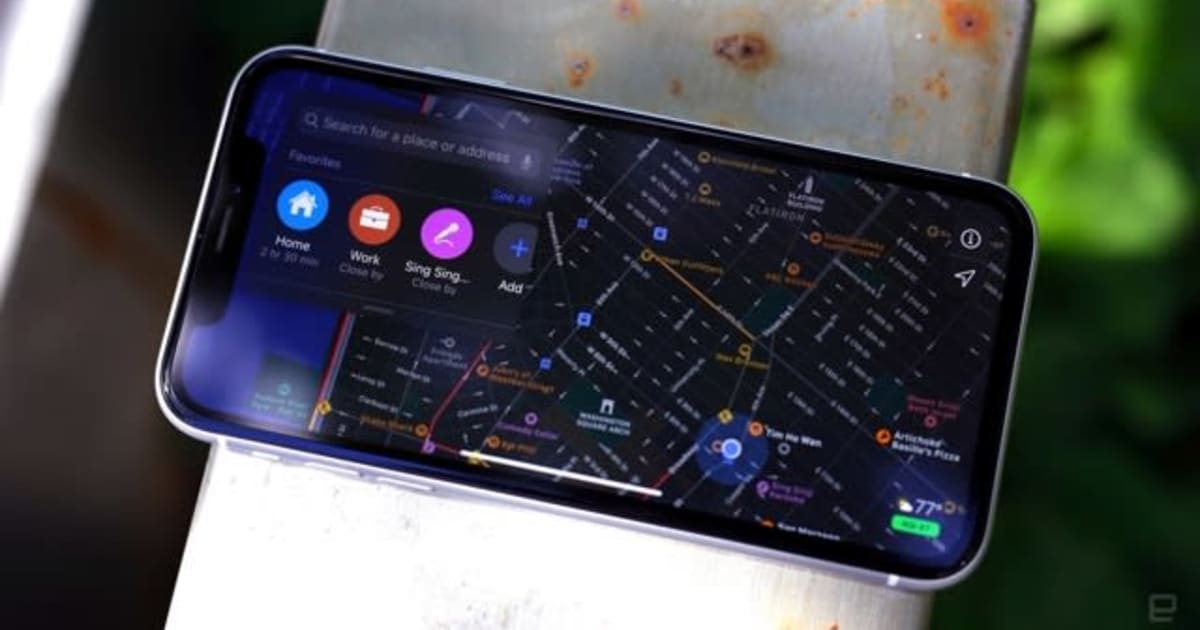 Super Bowl LIV weekend is finally here, and for the first time, we can watch at home with a faux-K feed (it’s really 1080p, but it looks great and supports HDR in some cases). Of course, there had to be a catch, and a dispute between Fox and Roku may keep people from using that smart TV platform to tune in on Sunday.

There are alternatives, including Amazon’s $35 Fire TV 4K stick or signing up for a free trial of Fubo TV, but really, who needs another complication?

The next step? Remapping Europe.
Apple is officially done rebuilding its maps in the US

Apple Maps didn’t launch with success. Comparatively skeletal, its competition did everything better. But Apple didn’t give up. It has been rebuilding the most fundamental part of the experience — the base maps themselves. For at least the past six months, the company has been pushing live more accurate maps with better represented coastlines, airports and malls. And today the company says it’s finally done. Well, in the United States, anyway.

Contrary to my fever dreams.No new Switch in 2020

Nintendo will start selling a special Animal Crossing Switch in March, but it won’t be releasing a brand-new model this year. Shuntaro Furukawa, the gaming giant’s president and CEO, has laid rumors to rest that an upgraded version of the console is on the way. In a call with investors, the executive said the company had “no plans to launch a new Nintendo Switch model during 2020.” No Switch Pro, at least for now.

In the middle of 2019, Nintendo released an upgraded Switch with a longer battery life than the original — so that might be your best bet for the most-capable Switch console.

It’s official.
GMC will revive the Hummer as a 1,000HP electric truck

Get ready for a rebirth of the Hummer as an all-electric truck, with a full reveal due on May 20th. So far, we’ve seen its grill in a 15-second teaser, and a 30-second ad will air during the Super Bowl.

As far as specs, GMC estimates the new Hummer will have up to 1,000HP, a peak 11,500lb/ft of torque and a 0-to-60 time of around three seconds — a fair rival for the triple-motor Tesla Cybertruck if everything holds up.

Its investment in one-day shipping might be paying off.
Amazon has 150 million Prime members now

Yes, the company shared concrete numbers on… something. Amazon’s latest earnings release is one for the books and announces the company now has 150 million Prime members around the world, which is a huge step up from the 100 million it announced back in 2018. This is despite the increase in Prime membership fee from $99 to $119 a couple of years ago.

“We’ve made Prime delivery faster — the number of items delivered to US customers with Prime’s free one-day and same-day delivery more than quadrupled this quarter compared to last year,” said CEO Jeff Bezos in a statement.

Amazon also recorded $87.4 billion in revenue, which is a whopping 21 percent increase over the same time last year.

What’s range anxiety?
Musk: ‘It won’t be long’ until the Model S goes 400 miles on a charge

On Tesla’s earnings call, someone asked Elon Musk whether the Model S and Model X would switch to the same battery cells his company currently uses in the Model 3. According to the CEO, Tesla’s plan is to continue improving the battery chemistry, and he estimates the car’s current range is already in the 380-mile range. With further improvement, he believes “it won’t be long before Model S is 400 mile range.”

entertainment, gadgetry, gadgets, gear, internet
All products recommended by Engadget are selected by our editorial team, independent of our parent company. Some of our stories include affiliate links. If you buy something through one of these links, we may earn an affiliate commission.