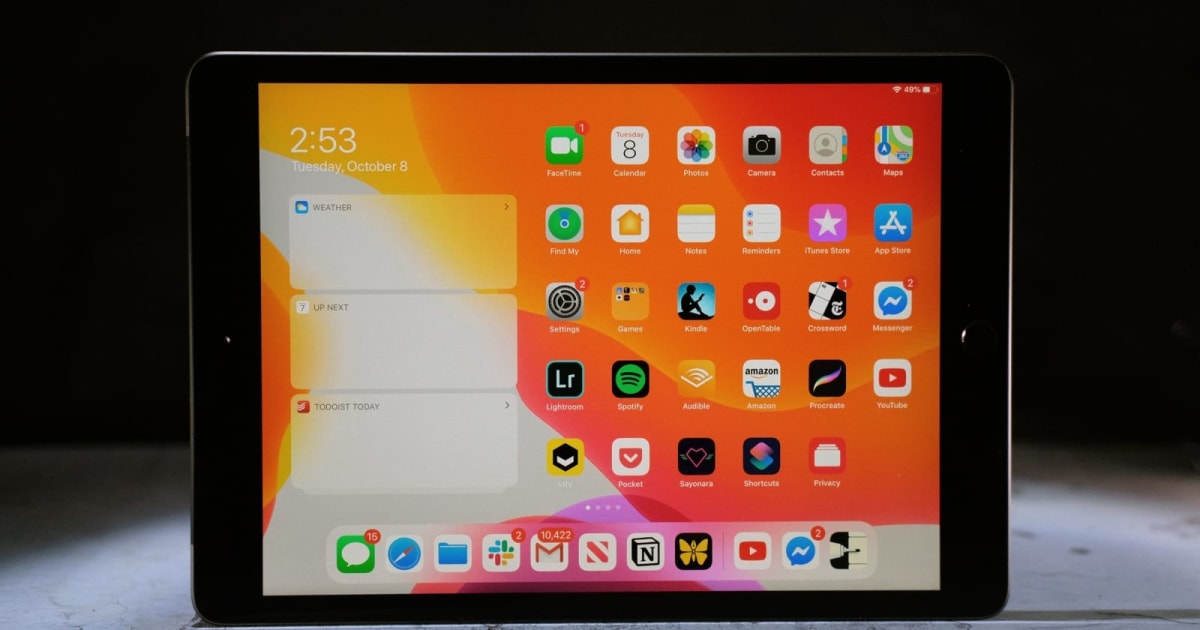 The tablet market was fairly bleak in 2019, it seems. IDC analysts have estimated that tablet shipments dropped 1.5 percent in 2019 compared to a year earlier, with some brands taking a significant hit. The lone bright spots were Apple and Amazon, whose market shares jumped to 34.6 percent and 9 percent respectively on the back of stronger shipments. Even heavyweights like Samsung, Huawei and Lenovo saw their share and shipments drop.

The researchers didn’t explain why the tablet world contracted over the course of the whole year, but its fourth quarter stats offered some clues. Apple was particularly aggressive in updating tablets in 2019, and its lower-cost models were particularly successful R12; the 10.2-inch iPad reportedly represented almost 65 percent of Apple’s shipments. Amazon has been struggling with a decline in the US, but its budget Fire tablets got a boost through discounts like the Black Friday sale.

For rivals, the problems varied. Samsung fared well with keyboard-friendly tablets like the Galaxy Tab S6, but that wasn’t enough to make up for sinking demand for its other slates. Huawei and Lenovo, meanwhile, performed best in their home territory of Asia-Pacific but didn’t fare as well elsewhere. The US decision to blacklist Huawei didn’t help, either.

The shrinking market leaves at least some these companies in a tough spot, in part because there aren’t many clear answers. Samsung may need to either shore up its budget tablet sales or shift even more of its focus to the high end, while the opposite appears to be true for Huawei and Lenovo. And while Apple and Amazon appear to be sitting pretty, they might not have room to be complacent lest their rivals (including Windows tablet and convertible makers) figure out winning strategies.

Source:
IDC
In this article:

amazon, apple, galaxy tab, gear, ipad, lenovo, mobile, samsung, tablet
All products recommended by Engadget are selected by our editorial team, independent of our parent company. Some of our stories include affiliate links. If you buy something through one of these links, we may earn an affiliate commission.