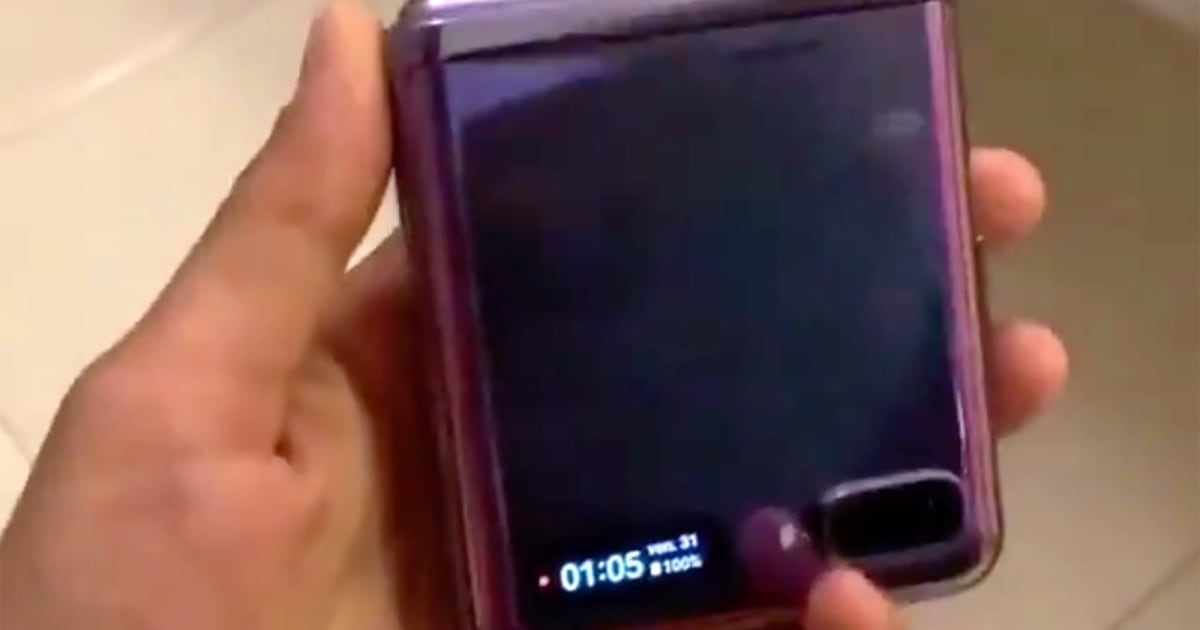 There might not be much mystery left to Samsung’s clamshell foldable phone. Frequent leak sharer Ben Geskin has posted a video of what looks like a prototype of the Galaxy Z Flip. Much like the rumors have suggested, the device really does appear to be a modernized take on the classic flip phone. It’s a compact device with a tiny external display when folded shut, but it expands to reveal a very tall display when you pop it open.

The brief clip doesn’t reveal much of anything about the specs, although it does show two cameras on the outside and a hole-punch camera for selfies. Earlier rumors had the Z Flip using a 6.7-inch, 2,636 x 1,080 screen with more durable extra-thin glass in lieu of plastic. It would run on a slightly older Snapdragon 855 Plus chip with 8GB of RAM and wouldn’t have a headphone jack or a microSD slot, but it would include 256GB of built-in storage.

The handset may make an appearance at Samsung’s Unpacked event on February 11th and might even be available soon afterward. Get ready to pay a premium, though. While there’s a good chance this will cost less than the $1,980 Galaxy Fold, foldable display technology is still new enough that it could easily cost more than the upcoming Galaxy S20.

android, ben geskin, foldable, foldable phone, galaxy z flip, gear, leak, mobile, samsung, smartphone
All products recommended by Engadget are selected by our editorial team, independent of our parent company. Some of our stories include affiliate links. If you buy something through one of these links, we may earn an affiliate commission.