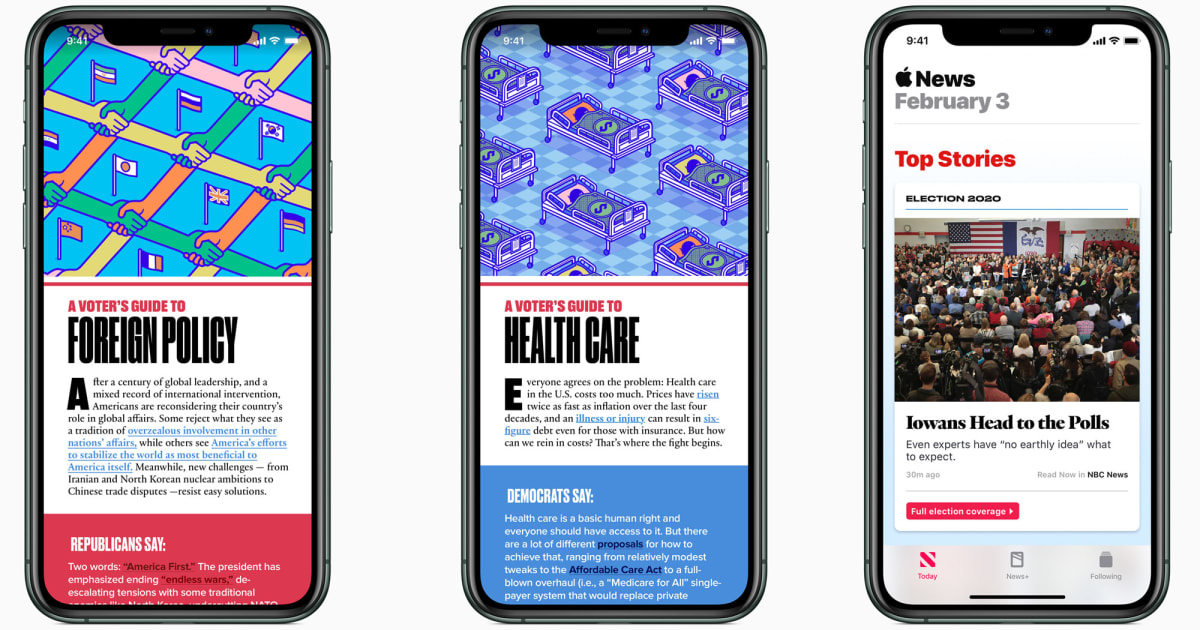 Like Apple’s done during previous election years, it’s announced special dedicated Apple News coverage for the presidential election, just in time for those tricky caucuses. Sources will include most major US news networks and outlets, including CBS, CNN, FiveThirtyEight, Fox News, NBC, ProPublica, Reuters, The New York Times, The Wall Street Journal and The Washington Post.

All the stories and information can be accessed through the News app across iPhone, iPad and Macs. Apple says it’ll include content and guides for readers from “all political viewpoints”, and will include live coverage of Super Tuesday, both the Democratic and Republican conventions and election night itself. Real-time election results from AP can be monitored inside the Apple News app now, with the ability to check out county-by-county results and other tracking metrics. No word on how many needles Apple News is planning to offer yet, however. The New York Times is up to four.

The aesthetic doesn’t swerve far from how Apple News looks in general, though there are a few more patriotic dashes of red, white and blue. Judging from Apple’s own images, content appears broader than previous efforts, with stories from Time and the Washington Post rubbing shoulders with Men’s Health.

Apple has created its own dedicated guide to the most pressing topics, including trade, immigration, health care and others. There’s also a guide to help the reader identify misinformation — hopefully outside of Apple News’ curated garden of news.

Apple’s recently-struck deal with ABC News comes to the fore too. The app will add live video coverage to the 2020 presidential election and the first live stream will be the New Hampshire Democratic Debate on February 7th, later this week. You’ll be able to watch along on iOS devices, Apple TV, several smart TVs and Fire TV and Roku streaming devices.

apple, apple news, gear, politics, PresidentialElection, presidentialelection2020
All products recommended by Engadget are selected by our editorial team, independent of our parent company. Some of our stories include affiliate links. If you buy something through one of these links, we may earn an affiliate commission.