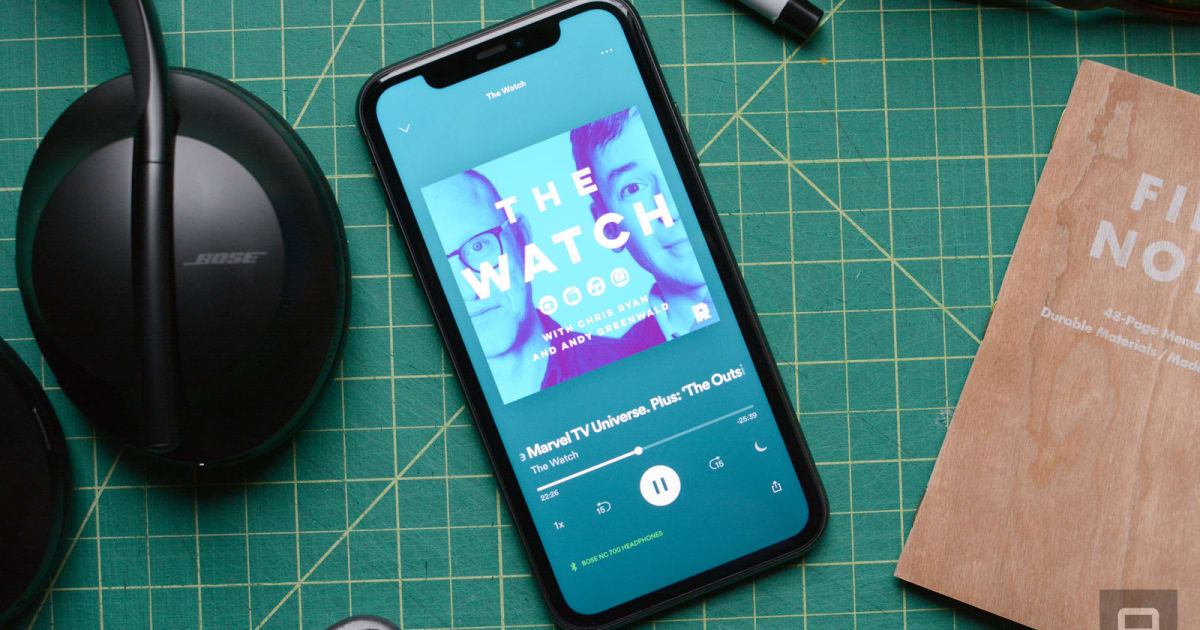 2019 was a big year for Spotify. A massive podcast push that began in 2017 hit top speed with the acquisitions of Anchor, Gimlet and Parcast. But the company was clear it wasn’t done, because its massive investment in podcasts was actually attracting users to its core music streaming service. We’re barely a month into 2020 and the company is already spending again. Only this time, Spotify is getting a lot more than podcasts: It’s also getting a new audience.

Alongside its Q4 2019 and full-year earnings report this morning, the company announced that it is acquiring The Ringer, a popular sports and culture media company. The Ringer is still relatively new, having only started in 2016. However, its creator, former ESPN writer and commentator Bill Simmons, is well-known to sports fans. Simmons started the site Grantland while at ESPN, an outlet dedicated to a wide range of sports journalism, including award-winning long-form stories. Amid controversy in May 2015, ESPN announced that it wasn’t renewing Simmons’ contract and eventually shut down Grantland that October. While at ESPN, Simmons also hosted The B.S. Report podcast and had a two-year stint on the network’s NBA Countdown basketball pre-game television show.

When he founded The Ringer, Simmons hired a number of former Grantland writers and contributors with the focus of expanding beyond sports to include pop culture coverage. Indeed, the media company’s writing and podcasts include in-depth work on movies, music, television, gaming and more. And while shows like Binge Mode, The Dave Chang Show and The Rewatchables that cover popular TV series and films are attractive to Spotify, it’s The Ringer’s and Simmons’ sports commentary that have the real ability to expand the streaming service’s podcast appeal. Plus, its shows are very popular.

Sure, The Ringer is a publisher, but don’t get caught up in the “Spotify is in the publishing business” storyline. I’m sure the company is happy that it now has award-winning writers and a site that cranks out quality written content under its wing, but this purchase is primarily about podcasts. The Ringer currently has over 30 shows, including The Bill Simmons Podcast, that tally over 100 million downloads a month. According to The Wall Street Journal, The Ringer brought in over $15 million in podcast revenue in 2018. Like it did with Gimlet and Parcast, Spotify is spending big to expand its podcast library with genres it thinks will continue to drive people to its paid service. And even if listeners are only coming for the episodic audio content, at least they’re contributing to ad revenue.

This also isn’t the first time Spotify and The Ringer have been in cahoots. The two teamed up on The Hottest Take in 2019, a short-form podcast where Simmons and his colleagues “debate, defend and parse a controversial opinion on a pressing topic of the day” four times a week. Of course, those topics cover sports, movies, TV and music in addition to food and the internet. Each installment is under 10 minutes, with some clocking in at around half of that.

It’s too early to tell how Spotify will distribute The Ringer podcasts, but based on my recent interview with Spotify’s Vice President, Global Studios and Video Courtney Holt, you don’t need to worry about existing shows being locked into a paid service.

“I believe podcasting needs to be free and available to all consumers,” Holt said. “Our intention is the content is available for free to our users — whether you’re free or premium, the experience is the same.”

Spotify kept established Gimlet shows widely distributed after that acquisition. Even the new podcast Mogul eventually made it to other platforms after a period of exclusivity on Spotify. That delay obviously makes less sense with timely commentary and analysis like most of The Ringer’s podcasts. Either way, there should still be ample content to enjoy even if Spotify isn’t your podcast player of choice.

Now that Spotify owns Gimlet, Parcast and The Ringer, the number of prolific podcast producers it hasn’t snapped up is becoming increasingly limited. You still have NPR and other public radio organizations, along with Vox Media and more niche outfits like Night Vale Presents. It’s clear Spotify sees a benefit to owning production companies, but podcasts aren’t a new medium. So it begs the question: why hasn’t Apple done something similar?

Apple has its own music service where it could leverage podcasts to drive traffic, and maybe paid subscriptions. But the company seems content to let the shows exist in their own space — and inside their own app. Given that Apple is responsible for popularizing the medium, and even inspired its name, the company had a long time to invest in podcasts if it wanted to. It could have spent the time and money to make sure it was the only game in town when it came to the episodic content, especially if it got involved and invested early. Instead, Apple seemed to just let podcasts merely exist, even during the recent boom where advertisers have proven increasingly interested in sponsoring episodes or entire shows.

Podcasts haven’t been a sure bet for advertisers, mostly due to the limited information available about shows and the ads themselves. Spotify is also trying to change that. Last month, the service announced an ad platform that automatically inserts pre-recorded spots into shows so that a listener is more likely to hear them. What’s more, those ads are targeted to users based on listening habits. The company is promising that stats like actual ad impressions, frequency, reach and anonymized audience info that includes age, gender, device type and listening behavior will all be available. And some of it for the first time.

In its earning report today, and before adding The Ringer to the fold, Spotify revealed it now has over 700,000 podcasts. According to Podcast Insights, Apple hosts over 850,000 shows on iTu… er, its Podcasts app, and over 30 million episodes. That’s a surprisingly small gap, and I expect it to shrink over the next quarter. Spotify also said podcasts have grown around 200 percent year-over-year on its platform, driven primarily by its continued push to add new content and acquire publishers that help it expand its listener base. For listeners, it has introduced features like Your Daily Podcasts and Your Daily Drive that put its powerful playlist making algorithms to work for episodic content based on a user’s habits.

“We have seen early indications that our investments in podcasts are having a positive impact on conversion of free to paid users,” Spotify said in its earnings report today. When you’re a company that’s teetering on the edge profitability due to expensive licensing deals and high operating costs, it’s worth the investment to lock down podcast studios to help you drive paid subscriptions.

And Spotify probably isn’t done. Minutes before it announced the deal for The Ringer, the company reiterated that it will continue to spend big on both podcasts and related technology — like online production suites Anchor and Soundtrap — if it continues to see the benefits of doing so.

“Any decision to accelerate our investment in podcast and technology spend should be viewed as an indication of our belief that our strategy is having tangible results,” the company explained. “We have gained even more confidence in the data, particularly around the benefits from podcasts, and as a result, 2020 will be an investment year.”

If you’re not convinced Spotify is now the king of podcasts, don’t worry: the company will likely snatch up more shows in a few weeks.

ads, audio, business, entertainment, internet, music streaming, podcast, podcasts, spotify, streaming, the ringer
All products recommended by Engadget are selected by our editorial team, independent of our parent company. Some of our stories include affiliate links. If you buy something through one of these links, we may earn an affiliate commission.