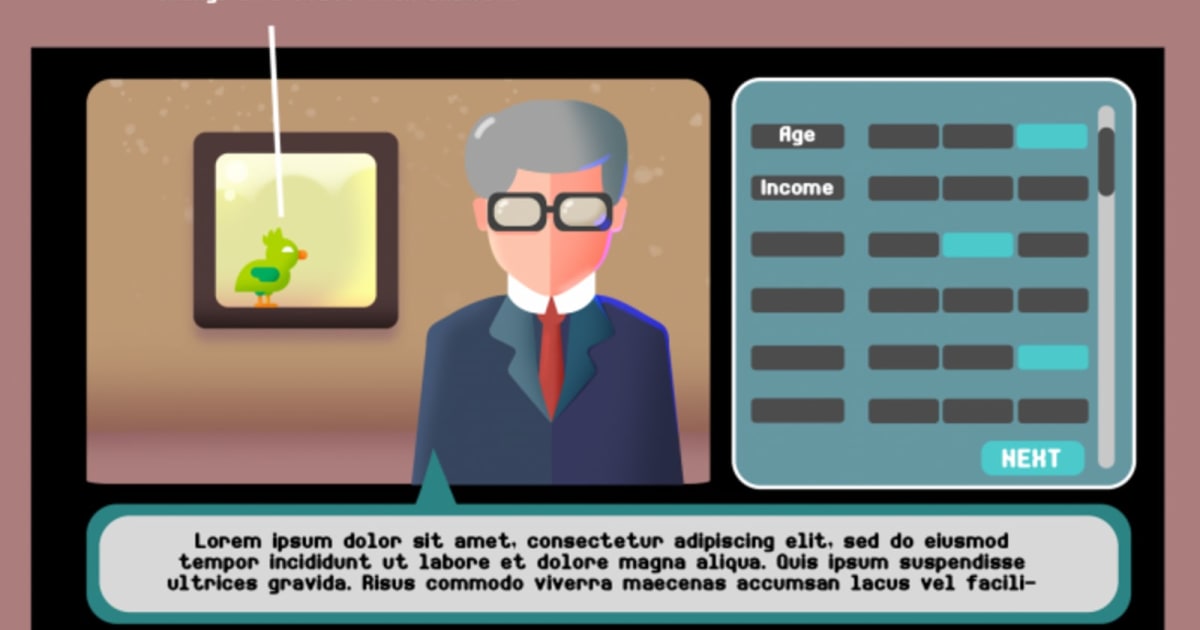 The International Game Developers Association (IGDA) Foundation awards scholarships each year to up-and-coming artists, writers and programmers from around the world. The scholarships offer passes to the Game Developers Conference (GDC) in San Francisco, plus a travel stipend, exclusive networking opportunities, tours of local studios, help with resumes and portfolios and one-on-one mentorships with industry veterans. For a developer trying to break into video games, it’s a fantastic prize.

Anam Sajid and Bisma Zia, two young female game developers from Pakistan, each secured scholarships from the IGDA Foundation this year. Sajid was selected in the Scholars program, while Zia was honored in the Velocity track, which is designed to propel people of marginalized genders in their game development careers. When they got the good news, Sajid and Zia applied for visas to travel to the United States.

Both were rejected. Sajid and Zia likely won’t be able to attend GDC next month.

“It’s an honor nonetheless,” Zia tweeted on February 4th. That same day, the IGDA Pakistan Twitter account shared images of Sajid and Zia participating in Global Game Jam 2020, a worldwide development marathon designed to help participants think quickly and build a game in just one weekend. This year, it was held from January 31st to February 2nd, and the theme was “repair.”

Sajid and Zia worked together to build Trying to Fly, a 2D game about the visa-interview process that so recently failed them. Here’s how they describe Trying to Fly on its Global Game Jam page: “They wanted to make a game that would highlight their (and others’) experience at the Visa interview process, and how such measures can directly have an effect on their future careers and lives. The bird represents the applicants’ dreams and aspirations for the future.”

Sajid and Zia aren’t the first game developers to be rejected for a US visa — hell, they’re not even the first GDC attendees to find their travel plans blocked by US authorities. And under restrictive international travel rules laid out by President Donald Trump’s administration, they certainly won’t be the last.

The travel ban has faced legal challenges and evolved since its inception, and opponents have long attacked it as an ill-disguised ban on Muslim people entering the US. The initial list of banned countries included Iraq, making six of the eight locations Muslim-majority. Trump’s campaign was filled with anti-Muslim and xenophobic rhetoric, and in December 2015, he distributed a press release titled, “Donald J. Trump statement on preventing Muslim immigration.” Trump has argued the visa restrictions are in the interest of national security.

Game developers felt the effects of the Trump travel ban immediately. In 2017, developers from Iran, Syria and other affected countries were suddenly unable to travel to GDC, and organizers pledged to refund anyone who could no longer make the show, tweeting, “We’re horrified by the #MuslimBan.”

In March 2018, Vlambeer co-founder Rami Ismail hosted the #1reasontobe panel at GDC, inviting developers from non-Western regions to come to San Francisco and share their stories of catastrophe and triumph. He invited eleven people from underrepresented countries to speak, and five were unable to secure visas.

Ismail described the situation as follows:

“For most, no reason is given. No appeal is accepted. There is no one to speak to, because all communication is via paperwork, or front-offices. Several of them didn’t even get to go for an interview to assess their ‘threat’ to the United States of America.

“One of my speakers was told no non-immigrant visa applications from their country are accepted, and wasn’t even allowed to hand in their application. Another speaker spent so much time in the process, that by the time they went for the interview, their name had changed due to their wedding. They were not allowed to amend paperwork. One was told that their lack of a ‘stable job’ and ‘partner or children’ made them a risk for overstaying, describing the situation uncountable indies find themselves in around the world as cause for rejection.”

Sajid and Zia live in Pakistan, which isn’t officially restricted under the Trump travel ban. However, it is majority-Muslim. The administration’s travel policies have affected majority-Muslim countries not named in the travel ban since day one, driving a sharp decline in visa approvals in places including Saudi Arabia and Pakistan. In 2017, Pakistan received 26 percent fewer non-immigration visas than in 2016, according to Politico.

For Sajid and Zia, this all means they won’t be able to enjoy the career-building benefits of their scholarships at GDC this year. Nika Nour is the executive director of the IGDA Foundation, and she offered the following statement to Engadget regarding the denied visas:

“At the International Game Developers Association Foundation, we work tirelessly to ensure that the game development community is representative of, and welcome and inclusive to, every person who wants to make games. Our scholarship programs are meant to open doors and build careers to support the retention of game developers from under-represented communities.

“We are currently looking into the recent events surrounding the visa rejections for further clarification and working to provide resources to our young scholars so they may succeed in their career goals. We will continue to support IGDA Pakistan’s platform to unify students and developers and make programming more accessible to our global community beyond GDC.”

Essentially, the IGDA Foundation will do what it can — but it can’t do much when it comes to federal travel rules. In the meantime, Sajid and Zia are still making games and enjoying the process when they can.

On February 4th, above an embed of the IGDA Foundation’s tweet about their denied visas, Zia wrote, “It’s my first Global Game Jam and the experience was Awesome!”

business, gaming, gdc, gdc 2020, igda, indie, indie games, muslim, pakistan, personal computing, personalcomputing, politics, scholarship, travel ban, trying to fly, video games
All products recommended by Engadget are selected by our editorial team, independent of our parent company. Some of our stories include affiliate links. If you buy something through one of these links, we may earn an affiliate commission.