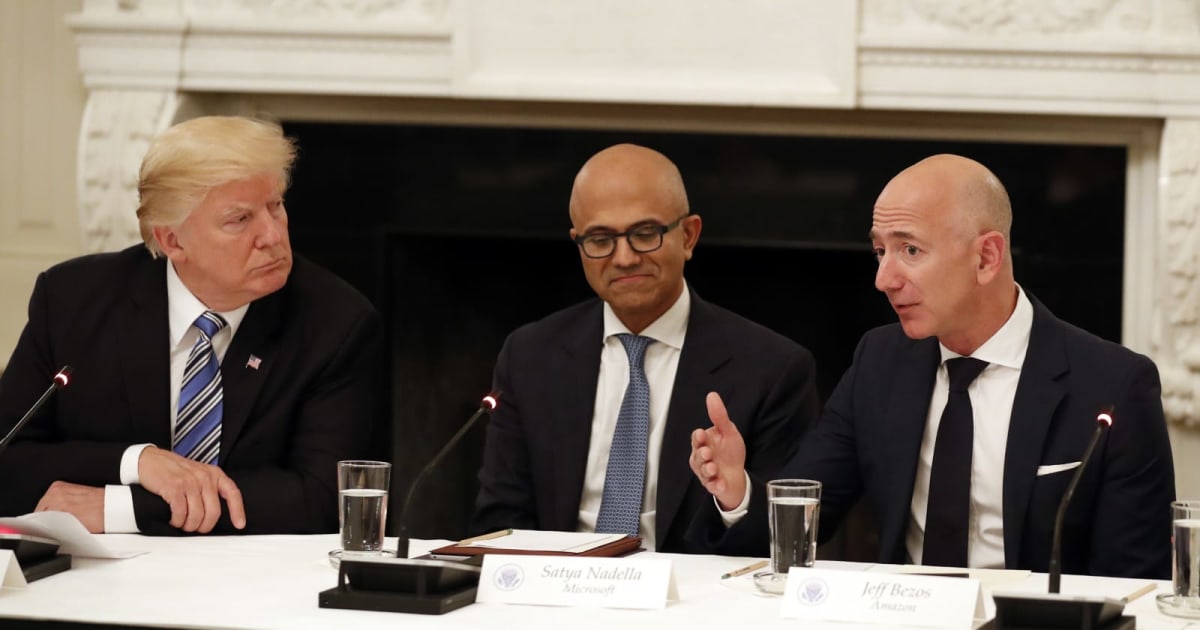 It’s no secret that Amazon was unhappy with the Pentagon’s decision to award the $10 billion Joint Enterprise Defense Infrastructure (JEDI) contract to Microsoft. Now, Amazon wants to depose President Trump and six other officials, CNBC reports. The company hopes to question Trump about his involvement in the bidding process, including private conversations, instructions given related to the award and R20;efforts to harm Amazon and AWS.”

The Department of Defense (DoD) awarded the $10 billion JEDI contract to Microsoft last October. The project is meant to modernize the DoD’s cloud infrastructure and connect different divisions within the agency, which currently has over 500 separate clouds. Amazon quickly challenged the decision and filed a lawsuit. The company claims Trump’s “personal vendetta” and instruction to “screw Amazon” cost it the contract.

In a statement provided to CNBC, an Amazon Web Service spokesperson said:

“President Trump has repeatedly demonstrated his willingness to use his position as President and Commander in Chief to interfere with government functions – including federal procurements – to advance his personal agenda. The preservation of public confidence in the nation’s procurement process requires discovery and supplementation of the administrative record, particularly in light of President Trump’s order to ‘screw Amazon.’ The question is whether the President of the United States should be allowed to use the budget of the DoD to pursue his own personal and political ends.”

Source:
CNBC
In this article:

amazon, aws, bias, business, contract, department of defense, depose, gear, internet, jedi, lawsuit, pentagon, politics, president trump, security, Trump Administration
All products recommended by Engadget are selected by our editorial team, independent of our parent company. Some of our stories include affiliate links. If you buy something through one of these links, we may earn an affiliate commission.