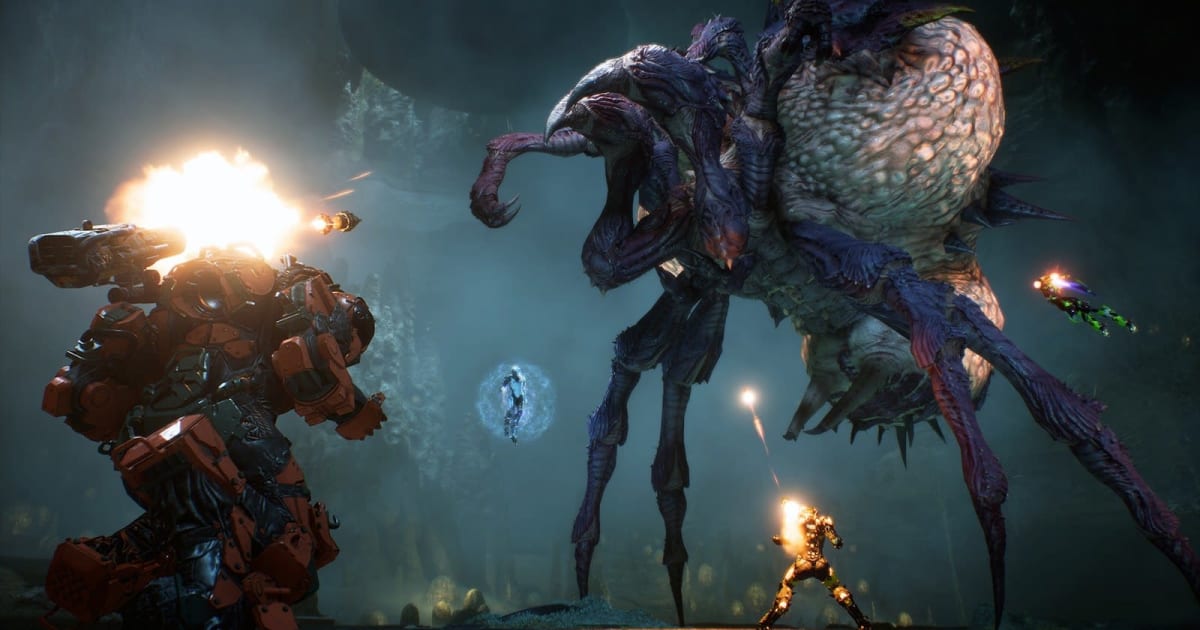 That’s how BioWare boss Casey Hudson closes out today’s blog post about Anthem, the sci-fi loot shooter that BioWare launched in February 2019. With Anthem, BioWare clearly missed the mark — and that’s why Hudson’s team is going to redesign the game entirely.

“Over the last year, the team has worked hard to improve stability, performance and general quality of life while delivering three seasons of new content and features,” Hudson said. “We have also heard your feedback that Anthem needs a more satisfying loot experience, better long-term progression and a more fulfilling end game. So we recognize that there’s still more fundamental work to be done to bring out the full potential of the experience, and it will require a more substantial reinvention than an update or expansion.”

Anthem has been a mess since day one. Built by Mass Effect and Dragon Age studio BioWare, there was a lot of pressure on Anthem to be innovative and dense, but when it launched in February 2019, it was riddled with technical issues and gameplay inconsistencies. It felt like an alpha version of a complete sci-fi loot shooter, and players and critics roundly panned it.

One year later, BioWare is starting over. In a months-long process, developers are going to overhaul the game’s core mechanics, Hudson said.

“Over the coming months we will be focusing on a longer-term redesign of the experience, specifically working to reinvent the core gameplay loop with clear goals, motivating challenges and progression with meaningful rewards — while preserving the fun of flying and fighting in a vast science-fantasy setting,” he wrote. “And to do that properly we’ll be doing something we’d like to have done more of the first time around — giving a focused team the time to test and iterate, focusing on gameplay first.”

That last line has prompted some players on Twitter and Reddit to ask, “Why didn’t you test, iterate and focus on gameplay the first time around?” The answer lies in Anthem‘s complicated and tense development process, which lasted seven years and saw dozens of dramatic upheavals, including the departure of several high-profile BioWare developers. It’s all laid out in a report by Kotaku published just two months after Anthem‘s release. Essentially, crunch killed Anthem.

As it stands, BioWare will continue to support the current version of Anthem, though it’s ditching full seasons in favor of smaller, as-needed updates. There will still be some events, store refreshes, and the inclusion of past seasonal and cataclysm content. The team’s core focus, however, will be on the new version.

Anthem isn’t the first AAA game to see a complete overhaul post-launch. In fact, this approach has served plenty of titles well — Square Enix rebuilt Final Fantasy XIV as A Realm Reborn in 2012 after fans weren’t happy with the initial game, and Epic Games didn’t add a battle royale mode to Fortnite until months after its (middling) release. Now that Anthem developers have the foundation of a jetpack-driven loot shooter, Hudson is hoping they can discover the trick that actually makes this game work.

Anthem, av, bioware, ea, gaming, personal computing, personalcomputing
All products recommended by Engadget are selected by our editorial team, independent of our parent company. Some of our stories include affiliate links. If you buy something through one of these links, we may earn an affiliate commission.