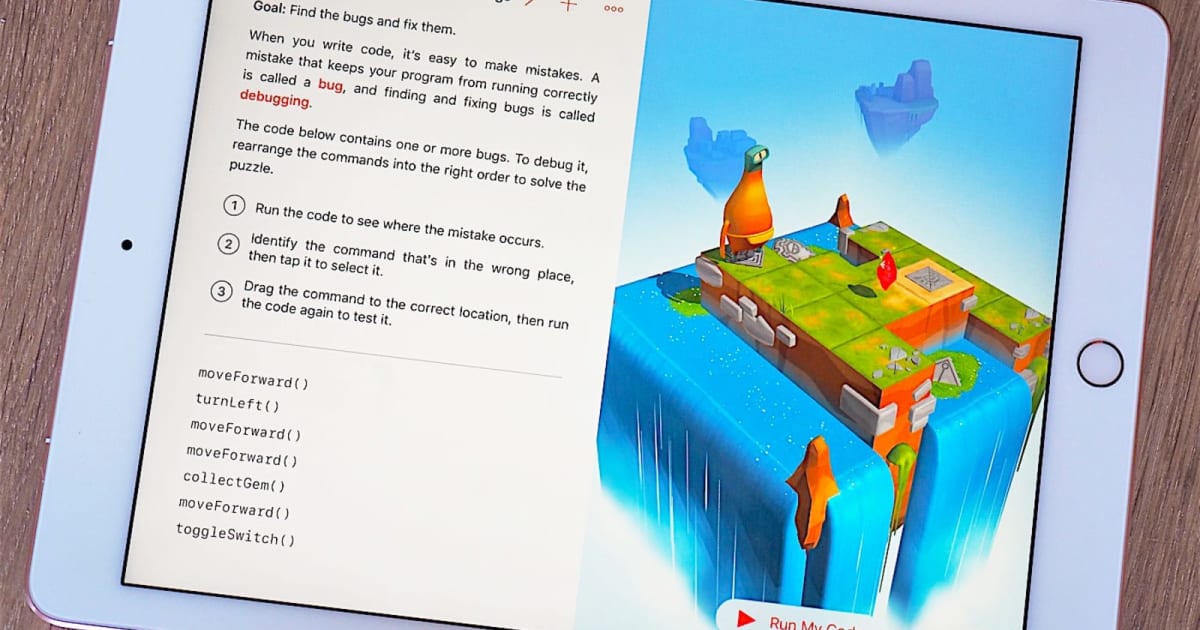 Swift Playgrounds, Apple’s teach-kids*-how-to-code-app for the iPad, is now available to use on your Mac desktop. The title, which enables you to learn the basics of Swift, Apple’s newest programming language, uses game-like elements to sneak code into your subconscious. You play by guiding a character, called Byte, through a series of levels, solving puzzles (with code) as you go.

The app’s transition from tablet to desktop (and MacBook) has been enabled by Catalyst, Apple’s framework for making iOS software run on macOS. It’s not entirely the same app as it was on the tablet, and now Swift Playgrounds works with the mouse, enabling click-and-drag for you to build your programs. And, with iCloud integration, games and projects that you start on the iPad can be finished with macOS, and vice versa.

As well as widening the number of people who can play the title, the move also shows Apple’s commitment to making Catalyst work. As Computerworld points out, the move comes a couple of weeks after Apple allowed developers to begin building universal apps for both iOS and macOS machines. In March, users will be able to buy an app on either app store and use it on both platforms, hopefully juicing macOS development.

*And adults, don’t write in.

Via:
9to5Mac
Source:
Apple (Mac App Store)
In this article:

apple, Catalyst, gear, internet, iOS, iPad, macOS, Swift Playgrounds
All products recommended by Engadget are selected by our editorial team, independent of our parent company. Some of our stories include affiliate links. If you buy something through one of these links, we may earn an affiliate commission.