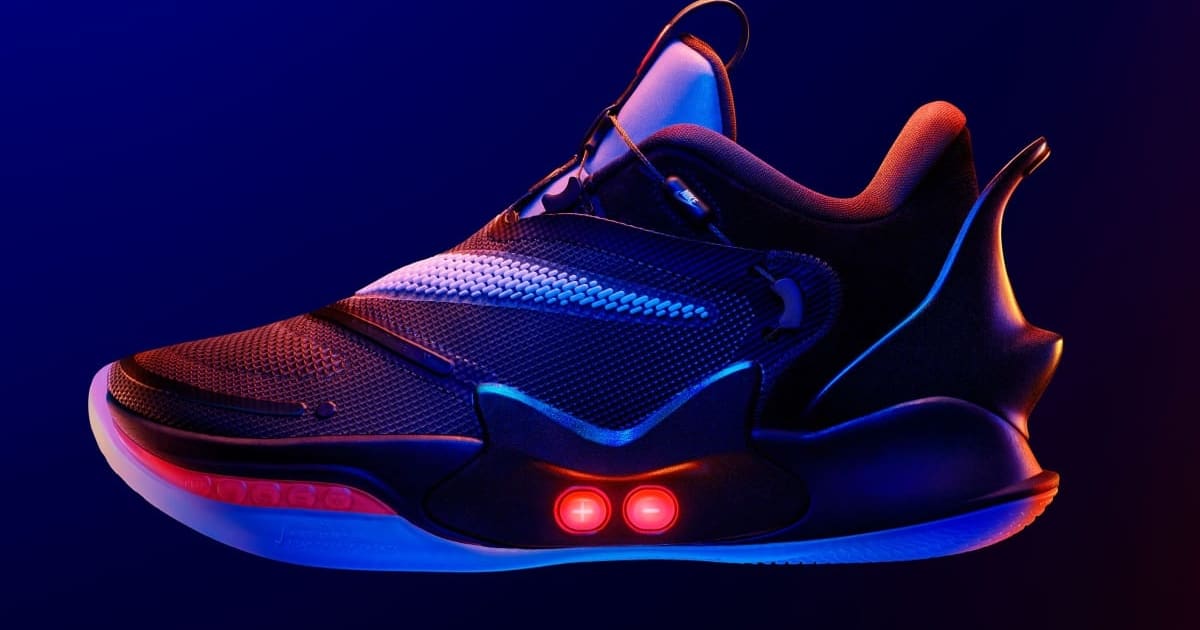 Last year Nike applied self-tightening / self-lacing tech to a basketball shoe for the first time with its Adapt BB. Now the Adapt BB 2.0 is ready to go on sale this Sunday as the NBA celebrates All-Star Weekend. The shoes have already been worn in-game by Memphis Grizzlies rookie Ja Morant (below) and now you can get your own pair — if you can stomach the $400 price tag. That’s even more than the $350 price of last year’s shoes, although they do come with some improvements and is still less than the $720 price of the first HyperAdapt.

According to Nike, a redesigned shroud makes the shoes much easier to put on and take off, while an Air Zoom Turbo bag in the forefoot provides added bounce, similar to Kyrie Irving’s line of shoes. They also have a reworked midsole that’s supposed to improve the transition from heel to toe.

Like the first model, they still connect to your phone via Bluetooth and an app (that hopefully won’t brick anyone’s shoes this time) for customizations or updates, and need to be charged every couple of weeks by being placed on a wireless mat. The folks at Weartesters gave them a try and noted that while this year’s model is considerably heavier, at 19.6 oz, it’s far more comfortable than the first generation Adapt BB. Still, they felt like the high-price is probably too much to pay for something that adds little to the on-court experience at this point. The Nike Adapt BB 2.0 goes on sale in its “OG” colorway via Nike.com and other retailers on February 16th at 10 AM ET, for $400.

Source:
Nike
In this article:

Adapt bb, basketball, gear, Ja Morant, NBA All-Star Weekend 2020, Nike, nike adapt bb, Nike Adapt BB 2.0, self-lacing, shoes, wearables
All products recommended by Engadget are selected by our editorial team, independent of our parent company. Some of our stories include affiliate links. If you buy something through one of these links, we may earn an affiliate commission.