‘Fired’ by his sponsor, Bubba Wallace drove in another iRacing challenge Monday night with a new paint job.

‘Fired’ by his sponsor, Bubba Wallace drove in another iRacing challenge Monday night with a new paint job. 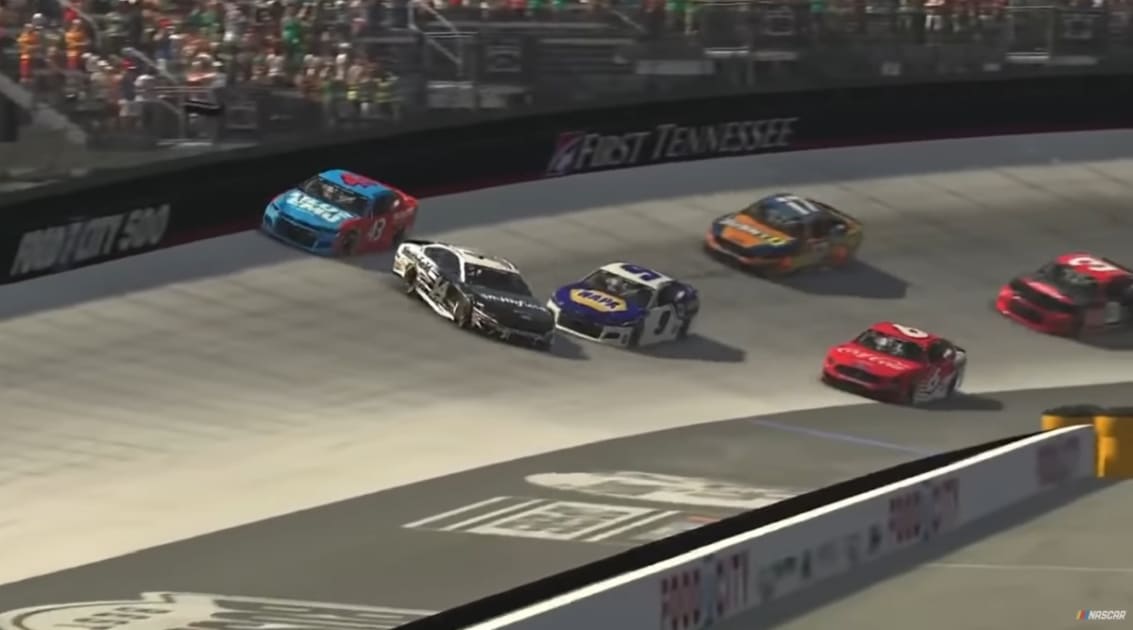 With real-life race events canceled, drivers have taken their talents to esports and unsurprisingly, the usual conflicts have followed. On Sunday during the Food City Showdown from Bristol Motor Speedway in a race that was airing on Fox, Bubba Wallace and Clint Bowyer got together on lap 11, spinning Bowyer out and putting Wallace’s car in the wall.

Wallace was so frustrated that he quit the race on the spot — not an entirely unusual response even in real-life racing, Kyle Busch ended a race early last year during the playoffs — and later tweeted “I ruined so many peoples day by quiting (sic)..a video game.. Bahaha. A video game. Damn quarantine life is rough.”

Still, even though it was just a game, Wallace’s real-life sponsor was not amused at the withdrawal, saying he was fired and tweeting “We’re interested in drivers, not quitters.” Tonight Wallace took part in another race, the NBC eSports Short Track iRacing Challenge, and his car wore the US Air Force recruiting colors.

Sure was cool to see the virtual @USAFRecruiting Warthog flying around @RockinghamSpeed!

iRacing, esports, Bubba Wallace, Clint Bowyer, NASCAR, Richard Petty Motorsports, news, gaming, entertainment
All products recommended by Engadget are selected by our editorial team, independent of our parent company. Some of our stories include affiliate links. If you buy something through one of these links, we may earn an affiliate commission.