Samsung will reportedly make the next Galaxy Fold more affordable

Samsung will reportedly make the next Galaxy Fold more affordable 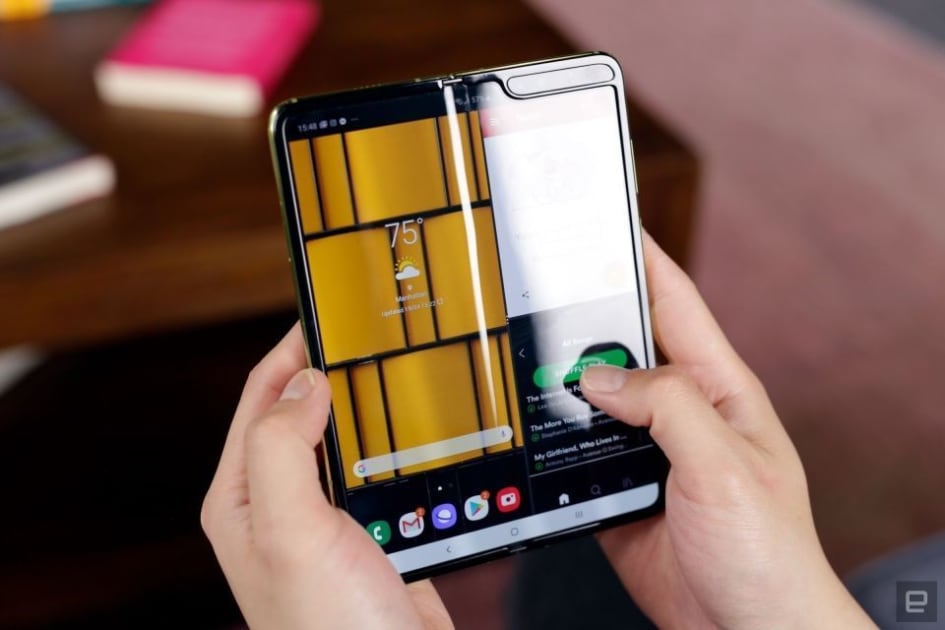 In an effort to make its next flagship foldable more accessible, Samsung will offer its Galaxy Fold successor in two storage configurations, according to SamMobile. In addition to a 512GB variant, the company will reportedly sell a 256GB model that will cost less. For context, the original Fold only came in one 512GB configuration in the US, which you had to pay $1,980 to own.

On the surface, that seems like the first realistic rumor we’ve heard about the Galaxy Fold 2. SamMobile has also had a relatively strong track record in recent months reporting on Samsung. But it may be wishful thinking all the same.

Reports that Samsung was working on a Fold successor first came out in March when Bloomberg published a report that said the company was developing two new foldable display phones. One of those devices turned out to be the recently released Galaxy Z Flip. The other hasn’t been announced yet. What’s more, Bloomberg said it would fold around the outside like Huawei’s Mate X.

We’ve heard relatively little about the device since then, and what has come out has seemed more fanciful than realistic. For instance, according to a report in January from Korean publication Aju News, the phone would feature a 7.7-inch foldable screen and an under the display selfie camera. Prior to that, another Korean publication said the Fold 2 would feature an 8-inch foldable display and S Pen support.

In February, XDA‘s Max Weinbach chimed in, saying the phone would feature either a hole or under the display camera, as well as a new S Pen stylus. He also said it would include the same main camera setup as the Galaxy S20+ and that Samsung would offer the phone in ceramic and stainless steel variants.

What’s important to point out here is none of those specs align with a desire to make a more affordable phone. If Samsung wanted to make the Fold more accessible, there wouldn’t be rumors of the company using ceramic and stainless steel to make the phone’s casing; exotic materials are one of the fastest ways to drive up the cost of a device. Technologies like an under the display camera would also increase the cost of the phone. Samsung may have changed course after those initial rumors came out, but at this point, it seems too early to say anything definitive about the phone.

Notably, we’ve also not heard how Samsung plans to make the Fold 2 more durable than its predecessor. As you may recall, the Galaxy Fold missed its initial launch when some of the pre-release units Samsung provided to publications for review started to break down after only a couple of days of use. Engadget’s Fold was fine, but other websites and YouTubers weren’t so lucky. Samsung eventually made the phone sturdier, but even after all the tweaks the company made to the phone’s design, it was still difficult to recommend. Presumably, the Fold 2 will feature the company’s new “tough, yet tender” foldable glass display, but even that has had its share of issues.

As for when we can expect to hear something official about Fold 2, SamMobile says they hear Samsung will announce the phone sometime in the third quarter of this year. With just how much the coronavirus pandemic has disrupted the global economy, it’s hard to say if even a summer release date is realistic at this point. In any case, we’ll likely learn more about the Fold 2 in the coming months.

Samsung, Mobile, smartphone, Galaxy Fold, Galaxy Z Flip, Leak, Galaxy Fold 2, news, gear
All products recommended by Engadget are selected by our editorial team, independent of our parent company. Some of our stories include affiliate links. If you buy something through one of these links, we may earn an affiliate commission.