What to know before buying a smartwatch 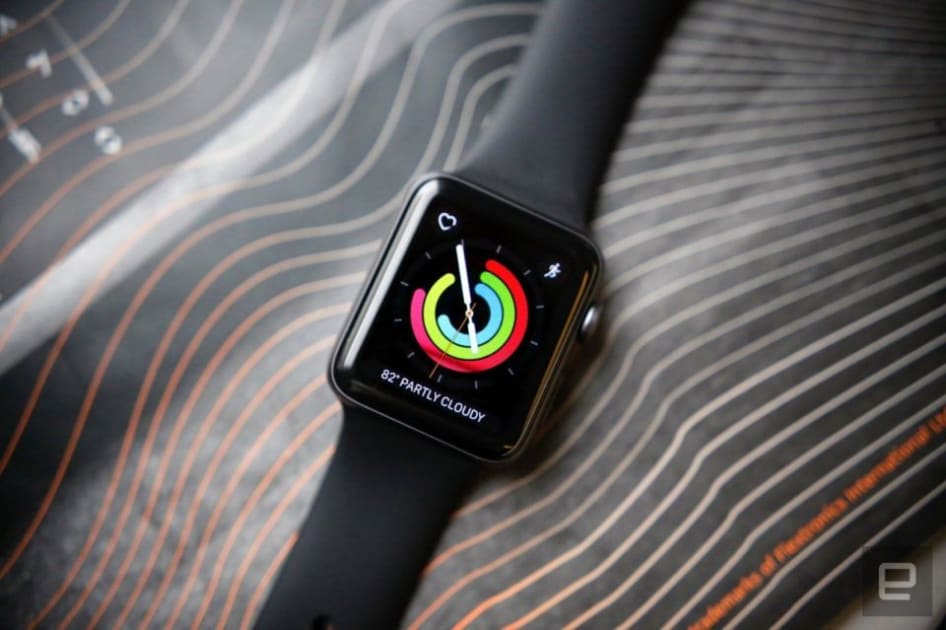 Just a couple of years ago, the case for smartwatches wasn’t clearly made. Today, the wearable world is filled with a bunch of high-quality devices to choose from and a few key players have pushed themselves to the front of the pack.

And yet some still wonder — are smartwatches worth it? Chances are if you’re reading this guide, you’ve already decided the answer is yes. But even if the market has largely weeded out the also-rans, the devices that remain are not created equal. We’re here to help you figure out the right questions to ask while searching for the best smartwatch for you.

Let’s lay the groundwork: three things to keep in mind when considering any smartwatch are compatibility, price, and battery life. All the major smartwatches today pair with a smartphone, so you’ll need to find one compatible with your operating system.

Apple Watches only work with iPhones, while WearOS devices play nice with iOS and Android. Smartwatches made by Samsung, Garmin, Polar and others are also compatible with both Android and iOS, but you’ll have to install a companion app.

The smartwatch OS will also dictate the type and number of on-watch apps you’ll have access to. Many of these aren’t very useful, though, making this feature one that’s not too high on our requirements list.

The best smartwatches generally cost between $200 and $350. Compared to budget smartwatches, which cost between $100 and $200, these more expensive devices have advanced fitness, music, and communications features. They will often also have special features like onboard GPS, music storage and NFC, which budget devices generally do not have.

Some companies make specialized fitness watches — those can easily be more than $500 and we’d only recommend them to serious athletes. “Luxury” smartwatches can also reach sky-high prices, but we wouldn’t recommend any of them. These devices can cost over $1,000, and you’re usually paying for a brand name or some exotic, but ultimately useless materials.

Battery life remains one of the biggest complaints about smartwatches, but strides have been made recently. You can expect two full days from Apple Watches and most WearOS devices. Watches using the Snapdragon Wear 3100 processor support extended battery modes that supposedly allow you to get up to five days on a charge — if you’re willing to shut off most features aside from, you know, displaying time. Other smartwatches can last five to seven days, but they usually have fewer features and lower-quality displays, and some fitness watches can last weeks on a single charge.

What to look for in a smartwatch

Activity tracking is a big reason why people turn to smartwatches. An all-purpose timepiece should log your steps, calories and workouts, and today’s wearables have a built-in heart rate monitor at the very least.

Many smartwatches also have GPS onboard, which are useful for mapping runs and bike rides. Swimmers will want something water-resistant, and thankfully most all-purpose devices now can withstand at least a dunk in the pool. Some smartwatches from companies like Garmin and Polar are more fitness-focused than others, and often offer extra features like heart rate variance tracking, blood oxygen estimation, stress measurements and auto-exercise detection.

Not only can your watch track your morning runs, it can also play your jogging jams. Many smartwatches let you save your music locally, so you can connect wireless earbuds and listen to tunes without bringing your phone. Those that don’t have onboard storage for music usually have on-watch music controls, so you can control playback without whipping out your phone.

Many smartwatches have NFC, letting you pay for things without your wallet. After saving your credit or debit card information, you can hold your smartwatch up to an NFC reader to pay for a cup of coffee on your way home from a run. Keep in mind that different watches use different payment systems: Apple Watches use Apple Pay, WearOS devices use Google Pay, Samsung devices use Samsung Pay, and so forth. Fitbit and Garmin even have their own versions called — you guessed it — Fitbit Pay and Garmin Pay.

Smartwatches can also make communication easier with app alerts, text replies, call-answering capabilities. App alerts delivered to your smartwatch let you glance down and see if you absolutely need to check your phone right now. Text alerts do the same, and some smartwatches let you send short replies directly from your wrist. Some smartwatches let you answer calls from your wrist and use the internal mic, provided your smartphone is nearby. Other timepieces have built-in LTE, allowing you to take and make calls even if your phone is off.

You also want to consider style and size. You’ll wear this smartwatch all day long, so you’ll want to pick one that’s not only the right size for your wrist but also in a style that you like. Be sure to check case measurements (most often in millimeters), and if you like variety, look for a smartwatch with interchangeable bands.

The Apple Watch has become the most robust smartwatch available since its debut in 2015. It’s the no-brainer pick for iPhone users, and we wouldn’t judge you for switching to an iPhone just to be able to use an Apple Watch. The latest model, the Apple Watch Series 5, has solid fitness tracking features that will satisfy the needs of new and seasoned athletes. It also detects if you’ve fallen and can carry out ECG tests. Plus, it offers NFC, onboard music storage, many useful apps, as well as a variety of convenient ways to respond to messages.

While the Series 5 is the most feature-rich Apple Watch ever, it’s also quite expensive with a starting price of $399. Those who do not need an always-on display, fall detection, or ECG can consider buying an Apple Watch Series 3, which starts at $200. If you want the newest model possible, you should wait until September when Apple will likely launch the next Watch.

Dropping $400 on a smartwatch isn’t feasible for everyone, which is why we recommend the Fitbit Versa Lite as a sub-$200 option. It’s our favorite budget smartwatch because it offers a bunch of features at a great price. You get all of these essentials: Fitbit’s solid exercise tracking abilities (including auto-workout detection), sleep tracking, water resistance, GPS, and a 4-day battery life. We wish it had an altimeter for floor counting and Wi-Fi, but for most users, those sacrifices will be worth saving at least $40. The Fitbit Versa Lite typically costs $160, but we’ve seen it available for around $140 at various retailers.

Samsung has done a lot to make its Tizen smartwatch OS a good alternative to Google’s Wear OS. The Galaxy Watch Active 2 is made better by features like smart home control, ride hailing, music playback, and more. We also like its touch-sensitive bezel that lets you navigate the interface a bit more easily. The Galaxy Watch Active 2 tracks activity with the best of them, too, and its improved internal sensors are quick and accurate. While it’s on the expensive side at $250, you’ll get a lot for your money.

Classic timepiece company Movado made a lovely smartwatch in its Connect 2.0. This smartwatch has Movado’s signature dot design as well as a fully functional touchscreen, WearOS powered by Snapdragon Wear 3100, and an interchangeable band system. It’s one of the few smartwatches that looks more like jewelry than a gadget, but that aesthetic will cost you at least $500. Those that want a similar look without the hefty price tag should check out the $200 Misfit Vapor.

Cherlynn Low contributed to this article.

commerce, smartwatch, thebuyersguide, Apple, Fitbit, Samsung, Google, news, gear
All products recommended by Engadget are selected by our editorial team, independent of our parent company. Some of our stories include affiliate links. If you buy something through one of these links, we may earn an affiliate commission.