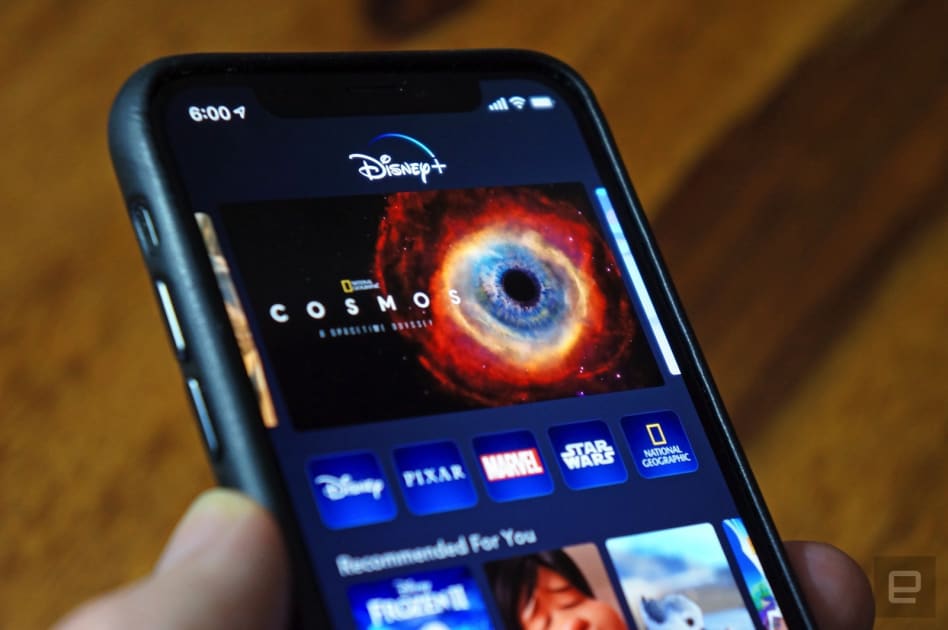 Disney+ hasn’t had much trouble attracting customers now that its honeymoon phase is over. Disney has revealed that its streaming service now has over 50 million subscribers in the five months since launch. International expansion played a significant role, as you might have guessed. In addition to European launches, last week’s India launch added another 8 million. That was helped by an attachment to the existing Hotstar service in the country, but it’s still no small feat.

While the company didn’t go into depth explaining its growth, there are a number of likely factors at work. The Mandalorian and its fandom undoubtedly helped, although many of the service’s top-tier originals are still months away. Multi-year offers, relatively low standard pricing and a promo from Verizon (Engadget’s parent company) also made sure many customers were committed for the long haul. And of course, Disney+ has the luxury of a healthy back catalog that includes Fox, Marvel, Pixar and all things Star Wars.

The biggest test may come after the one year mark. Many people on annual plans will have to decide if it’s worth continuing service, and by then the catalog of exclusives will be large enough to provide a clearer sense of what to expect. It’s doubtful there will be a steep dropoff (baby Yoda, anyone?), but Disney’s early success isn’t guaranteed to continue.

walt disney company, streaming, walt disney, tv, Disney, television, disney plus, movies, internet, hotstar, news, entertainment, gear
All products recommended by Engadget are selected by our editorial team, independent of our parent company. Some of our stories include affiliate links. If you buy something through one of these links, we may earn an affiliate commission.