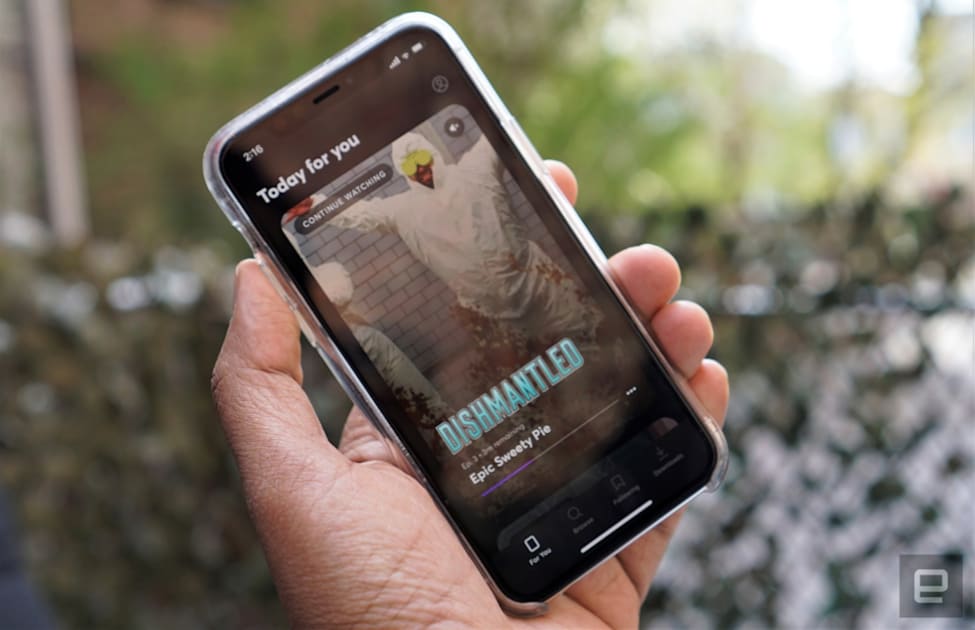 Did you wonder why Quibi insisted on launching a mobile-focused video service in the middle of a pandemic without a realistic way to watch on your TV? So did Quibi. CEO Meg Whitman told CNBC that the company was stepping up plans to let the app cast to TVs. Big-screen viewing was always part of the plan, she said, but it wasn’t meant to be part of the launch.

Whitman also dismissed notions that the need to stay inside might hurt Quibi’s viewship, arguing that people have “in-between moments at home” where short shows make sense. “We don’t actually think [the pandemic] hurt us,” she said. To that end, she added that people had downloaded the app over 1.7 million times, beating expectations, and that 80 percent of those who start watching finish at least one episode. The executive added that Quibi had sold out all its advertising for the first year.

While those are good signs for the service, the TV plans are still an acknowledgment that Quibi is concerned about viewership. It’s just not going to get as many viewers as it could when people aren’t commuting to work or idling at the coffee shop. And while the downloads are healthy, they pale in comparison to the 10 million downloads of Disney+ in its first week. It’s hard to know how many of Quibi’s viewers will stick around once the three-month trial is over, let alone whether it’ll keep growing.

Quibi, streaming, internet, tv, television, Meg Whitman, news, gear, entertainment
All products recommended by Engadget are selected by our editorial team, independent of our parent company. Some of our stories include affiliate links. If you buy something through one of these links, we may earn an affiliate commission.