The best deals we found this week: iPhone SE, Google Pixel 4 and more

The best deals we found this week: iPhone SE, Google Pixel 4 and more 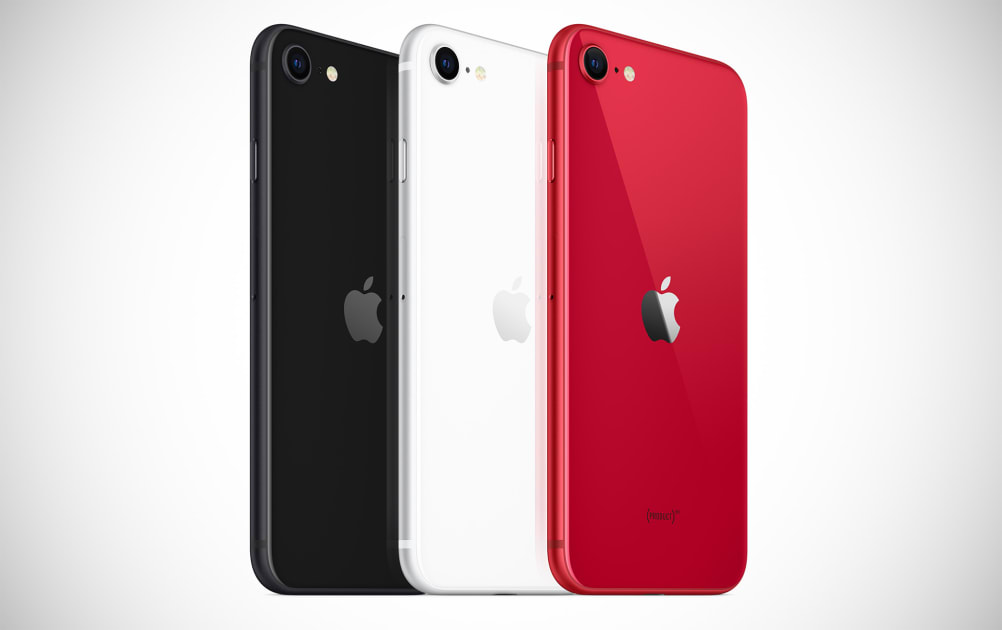 Anyone in need of a new smartphone — you’re in luck. This week brought deals on the Google Pixel 4 and 4XL, as well as the introduction of the newest iPhone SE. Apple’s new handset starts at $399 and some retailers are offering deals that include gift cards with preorders, or discounts on the smartphone’s starting price. While Google’s devices normally have flagship prices, these deals make the Pixel 4 and 4XL much more affordable — $450 and $550, respectively. There are also good deals on Google’s Nest WiFi system, Amazon Echo and Google Home smart speakers and other devices. Here are the best deals from the week that you can still get right now.

The new handset keeps many of the things that people loved about the previous iPhone SE, in particular a 4.7-inch Retina display and a physical home button with Touch ID. But Apple brought over a lot of new things from more advanced iPhones as well, including wireless charging, a water- and dust-resistant design and the latest A13 Bionic chipset. The latter brings flagship-level computing to a budget smartphone, and that’s fantastic upgrade for anyone switching from an older iPhone to the new iPhone SE.

You can still grab Google’s Pixel 4 for $450 and Pixel 4XL for $550 at Best Buy right now. We gave the Pixel 4 a score of 83 and the 4XL a score of 85 and there’s a lot to like about these handsets: they still have some of the best cameras you can get on a smartphone today, Google’s Motion Sense feature is great (when it works properly) and they both have good performance that’s enhanced by a “smooth” display feature that ramps up the refresh rate to 90Hz. The deal knocks $350 off each smartphone’s starting price, making it a good opportunity to get flagship smartphones at mid-range prices.

Bed Bath and Beyond continues to offer a discount on a Google Nest WiFi bundle, dropping the price to $200. The bundle includes a router and one access point, and it’s normally priced at $270. We gave the Nest WiFi system a score of 84 for its simple yet attractive design, easy installation process and its improved speed and reliability. Power-users may not appreciate the lack of support for WiFi 6, or the access point’s lack of Ethernet ports, but those are small prices to pay for an otherwise solid, easy-to-use mesh WiFi system.

Buy Nest WiFi bundle on Bed Bath and Beyond – $200

You can still snag the Amazon Echo for $60 at Best Buy and Amazon. This sale price is the same as the smart speaker’s Black Friday price, and we likely won’t see it drop to this price or lower again before Amazon Prime Day. The Echo’s solid audio quality and responsive mics led us to give it a score of 90. Both retailers are still offering a bundle option as well — add an Amazon Smart Plug to the order for only $10 more.

Dash cam company Vantrue has discounts on some of its newest dash cams. You can get the Vantrue N2 Pro for $130 using the code VTCAMN2P at checkout. This model records both the road ahead of you while you’re driving and the inside of your car, making it useful for those who drive for ride-hailing services and those that may just want to record silly videos with their friends while on a road trip. Both the front- and rear-facing cameras record 1080p video, and the dash cam has infrared night vision and loop recording. Vantrue also has a more affordable option with a super capacitor, which allows the dash cam to record footage even when the car is off by connecting it via the OBD port. That model, the Vantrue T2, is only $100 using the code VTCAMT2S.

One of Samsung’s budget smartphones is even more affordable right now — the Galaxy A50 is $200 at Best Buy. Normally priced at $350, this handset has a 6.4-inch FHD+ Super AMOLED display, a 4,000mAh battery and 64GB of storage that’s expandable up to 512GB. It was first released in developing markets, but Samsung decided to bring it to the states last year.

DJI’s handy smartphone gimbal, the Osmo Mobile, is down to $100 on Amazon. Instead of buying a camera-and-gimbal combo device, you can stick your smartphone into this gadget and use its 3-axis stabilization to shoot smooth footage. This is the newest version of the Osmo Mobile that has an updated, foldable design that makes the accessory more travel-friendly.

Best Buy has a good deal on Anker’s Soundcore Liberty 2 Pro true wireless earbuds, dropping them to $130. These earbuds normally cost $150, and they are a good alternative to some of the big-name true wireless earbuds that often come with too-big price tags. The Liberty 2 Pros have 11mm dynamic drivers, four noise-cancelling mics that transmit your voice clearly when making a phone call, and Bluetooth 5.0 support. They also have 8 hours of run time and both USB-C and wireless charging capabilities.

commerce, engadgetdeals, thebuyersguide, Iphone SE, pixel 4, pixel 4 xl, nest wifi, Amazon Echo, Google Home, weekly deals, news, gear
All products recommended by Engadget are selected by our editorial team, independent of our parent company. Some of our stories include affiliate links. If you buy something through one of these links, we may earn an affiliate commission.