Hitting the Books: How ‘universal’ stem cells might fix our brains 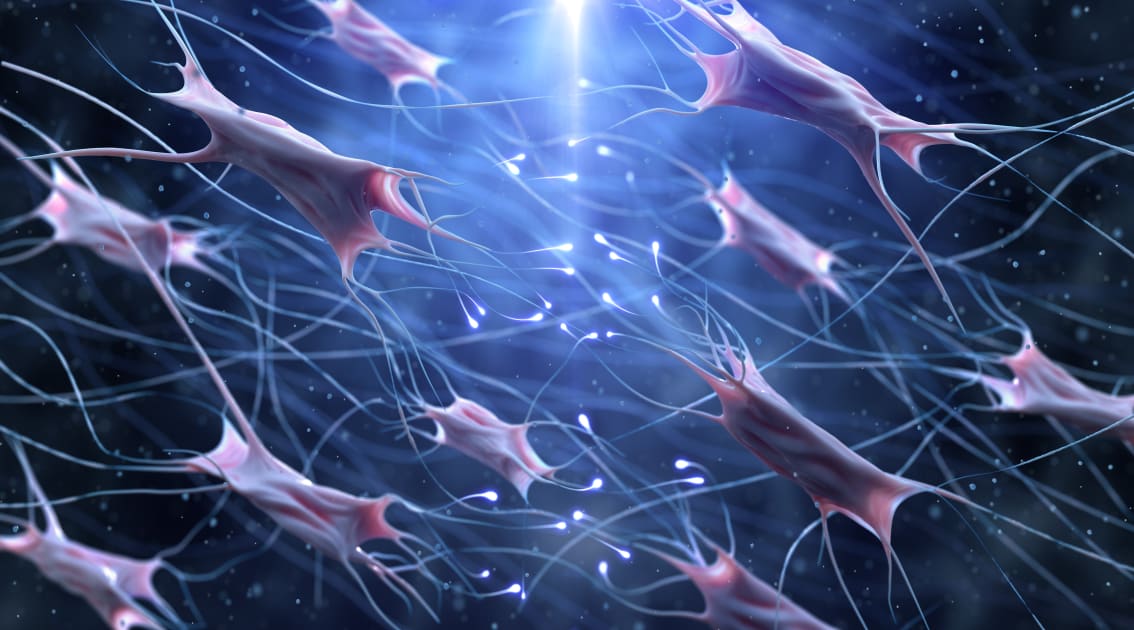 The impact that stem cell therapies could have on the worst diseases known to humanity is hard to overstate. From debilitating genetic disorders to currently incurable maladies like Parkinson’s and Alzheimer’s disease — even the ability to restore mental and physical functions after a stroke — stem cells could one day treat them all. Of course, with the intensity of interest in this rapidly maturing scientific discipline comes grifters, shams, quacks and snake-oil salesmen; like the Florida clinic that nearly blinded three women last year after injecting stem cells into their eyes to treat their Macular Degeneration.

In his latest book, The Future of Brain Repair – A Realist’s Guide to Stem Cell Therapy, neurobiologist Jack Price takes readers on a deep dive of the state of the art in advanced therapies while walking them through the field’s recent advancements, current capabilities and limitations and, in the excerpt below, the potential to directly reprogram mature cells into any other cell-type you need.

Excerpted from The Future of Brain Repair – A Realist’s Guide to Stem Cell Therapy by Jack Price. Reprinted with permission from The MIT PRESS. Copyright 2020.

The work of Gurdon, Thomson, and Yamanaka revealed something quite remarkable: if a cell can be induced to express the appropriate factors, then its fate can be fundamentally transformed. In the case of iPS cells, terminally differentiated cells—from blood, skin, or endothelium—were reprogrammed into pluripotent cells: that is, from cells with the most restricted of fates to cells with the most expansive. This was a shock to conventional embryologists, who had come to consider certain developmental steps irreversible. It was believed by many that once cells had been channeled during early development into one of the three primary germ layers (ectoderm, mesoderm, endoderm) then that step could not be reversed. Reprogramming destroyed that argument, but it raised an even more provocative question: if the correct genetic formula could be found was there any cell transplantation that could not be engineered?

Remarkably, the answer to all of these questions turns out to be yes. As ever in science, there were straws in the wind long before biologists realized this was truly the case. Long before Yamanaka, a team in Seattle had shown that fibroblasts could be turned into muscle cells with a single gene.

The gene in question, MyoD, we now know to be a member of a group of transcription factors (bHLH genes) intimately involved in cell fate decisions in diverse tissues—heart, muscle, and brain. At the time, however, the molecular control of cell fate was largely unknown, and the existence of families of transcription factors was only starting to emerge as a consequence of the early genome sequencing efforts.

Colleagues, I recall, found this fate switch a troubling finding, but consoled themselves with the thought that these two cell types—fibroblasts and muscle cells—were actually pretty close embryologically, and anyway, strange things sometimes happened in tissue culture.

We have already met this phenomenon, “transdifferentiation”— the switching of cell fates—and noted that it has had a colorful history. While there were clear examples in vivo of cells apparently jumping from one fate to another, these were largely limited to “lower vertebrates” and involved closely related lineages. So, for example, if the limb of an amphibian is severed, cells within the stump dedifferentiate into progenitor cells (the “blastema”), which then regenerates multiple different cell types—muscle, dermis, bone—and thereby reconstitutes the lost tissue. In some species, heart cells (cardiomyocytes) can also dedifferentiate in response to damage, then re-differentiate following expansion to replace the heart tissue, and similar jumps have been observed in various tissues.

But these naturally occurring reprogramming episodes did not necessarily suggest that unrestricted reprogramming might be achievable experimentally. Following Yamanaka, however, a simple formulation emerged. If the combination of factors that prescribed a particular fate could be identified, then quite plausibly, expressing those factors robustly might make a cell adopt that fate. While the extreme form of this theory probably doesn’t hold up—that anything can be transformed into anything—nonetheless several quite remarkable steps have been demonstrated experimentally. Among them is the generation of neurons directly from fibroblasts.

The first demonstration of this came from Marius Wernig’s laboratory at Stanford. Their experiment reflected directly the approach that Yamanaka had pioneered. They sought the combination of transcription factors that would convert mouse skin fibroblasts directly into neurons, They found it required just three genes (Ascl1, Brn2, and Myt1l), and from this conversion emerged cells with all the significant properties of neurons: they grew a neuronal morphology, expressed the proteins that neurons express, formed synapses, and were electrically active. This was not, however, the first time that neurons had been directly reprogrammed from nonneuronal cells. Magdalena Götz and her collaborators had shown that transcription factors such as Pax6 and Olig2 modulated the capacity of glial cells to generate neurons.

The neurons generated from this initial Wernig study, impressive though they were, were only characterized as generic neurons: no particular neuronal fate had been specified. The question therefore arose of whether specific populations of neurons could be generated. As we’ve seen, if the history of brain cell replacement has taught us anything, it is that we need the precisely correct neuron for each job. Several labs have now derived reprogramming formulas to generate specific neuronal populations, a number of which we’ve discussed in this book. For example, Ernest Arenas and colleagues at the Karolinska Institute in Stockholm have developed a protocol to generate dopaminergic neurons, while Andrew Woo and colleagues at Washington University in St. Louis have made striatal neurons directly from fibroblasts.

As well as indicating that clinically relevant neuronal populations are possible with this technology, these studies add a further wrinkle. It transpires that to achieve an optimal outcome, more than transcription factors need to go into the mix. At several points in this narrative, we’ve implied that cell fate can be determined by the correct combination of transcription factors. But as our understanding of cellular control mechanisms improves, we have discovered further cell components that participate in these processes. One such is noncoding RNAs.

For many years following the discovery of the genetic code in 1961, molecular biologists thought that the only essential role of DNA was to encode genes, which in turn encode proteins. Slightly alarming therefore was the discovery that only 1 percent or so of chromosomal DNA actually encoded conventional genes. The question became then: what is the other 99 percent doing? No less a person than Francis Crick is credited with concluding that it was probably “little more than junk.”

So the term “junk DNA” entered the molecular biologists’ vocabulary. But, of course, this had to be wrong. Were we seriously suggesting that a cell carried megabase upon megabase of DNA for which it had no use? Rather than deceiving ourselves by calling that 99 percent “junk,” we needed to discover what it was actually doing.

We now know that much of the genome (though still not all of it) encodes RNAs that do not encode proteins. These RNAs have a direct function, rather than just being vehicles for the transport of protein-coding information from the nucleus to the cytoplasm. That function, in many cases, is to regulate the cell’s translational machinery. They change the efficiency with which proteins are produced: proteins, which they themselves do not encode. Unsurprisingly therefore, they influence cell fate decisions, and can thereby influence reprogramming. In both of the direct reprogramming steps just cited, noncoding RNAs added to the mix improve the efficiency of the reprogramming steps.

This direct reprogramming has proven of interest to potential cell therapists for fairly obvious reasons. Instead of the laborious process of generating iPS cells, then taking them through a relatively long, complex process of differentiation, fibroblasts can be turned into the desired neuronal type in a single leap. There are, however, two issues with this approach, one practical and the other theoretical.

The practical problem is that, without the stem cell intermediate step, the possibility of expanding the cell population is lost. Neurons, as we know, are postmitotic: they don’t divide. With the iPS cell approach, each reprogrammed fibroblast gives rise to a line of iPS cells that can be infinitely expanded, ultimately giving rise to billions of neurons. But with direct reprogramming, each reprogrammed fibroblast gives rise to a single postmitotic neuron. This does not amount to many cells. A halfway house might be to reprogram from fibroblasts to neural progenitor cells, bypassing the iPS cell, but still giving rise to a dividing cell, which can itself then be expanded to give rise to many neurons.

Strategies are now in place to pursue this route. The theoretical issue relates to the mechanism underlying the direct reprogramming. Reprogramming iPS-style makes some sort of embryological sense. You make a pluripotent cell, then allow it to differentiate following the various embryological steps it would have taken in vivo. Direct reprogramming, however, makes no embryological sense. Nothing in nature, as far as we know, ever turns directly from a fibroblast into a medium spiny striatal projection neuron. This raises a number of questions regarding the veracity of directly reprogrammed change. Certainly, the reprogrammed cells have properties appropriate to the fate they’ve adopted, but have they abandoned all the indigenous programming that led them to their original fibroblast fate? This largely comes down to the epigenetic question we discussed earlier, and is the subject of current research.

science, medicine, stem cell, stem cell therapy, MIT press, Jack Price, Brain damage, stroke, Alzheimers disease, Parkinson’s, feature, tomorrow
All products recommended by Engadget are selected by our editorial team, independent of our parent company. Some of our stories include affiliate links. If you buy something through one of these links, we may earn an affiliate commission.