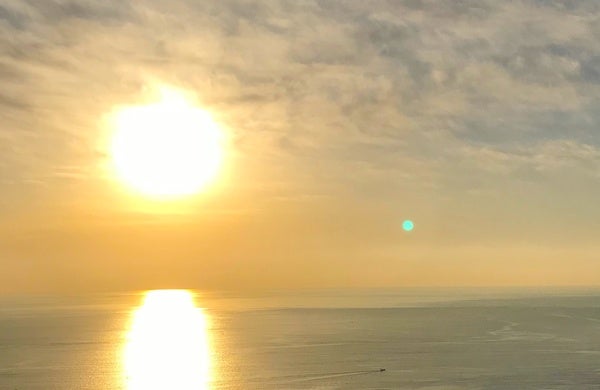 Take for instance the challenge of visiting the planet Mercury, orbiting the Sun at an average distance of 36 million miles compared to Earth’s average 93 million miles. At this position Mercury’s orbital velocity is some 1.6 times that of the Earth (which is already a hefty 30 kilometers-per-second), requiring some substantial work to match. As always in spaceflight the critical currency is ‘delta-v‘, the net change in velocity required to get from A to B. For trips from Earth to Mercury that delta-v is costly, so we have to be clever and sneak up on it.

For the European Space Agency’s BepiColombo mission to Mercury the trick is a seven-year transfer utilizing no less than 9 planetary flybys to exploit a teeny tiny bit of planetary orbital angular momentum (and gravity) to maneuver into a gentle intersect with the Sun’s inner world. BepiColombo is actually two spacecraft in one: an orbiter with telescopic imaging, spectrometers (including gamma-ray and neutron – good for seeking signs of frozen water), and a suite of other instruments, and a separate orbiter for studying Mercury’s magnetospheric environment.

Launched in October of 2018 into a heliocentric (Sun-centric) orbit similar to Earth’s it will use a sequence of planetary encounters to finally arrive at a ‘weak capture’ into a polar orbit around Mercury in December 2025. The first major encounter just took place this week on April 10th 2020, as BepiColombo scooted by Earth at a nerve-wrackingly close distance of about 12,700 kilometers. In doing so it provided a beautiful view (shown here at roughly 220,000 kilometer distance) of our crescent world – a much needed reminder that there are things beyond our daily human trials, and that our world perseveres.

This maneuver sends BepiColombo (still orbiting the Sun) onto an encounter path with Venus in October 2020, then a second Venusian flyby in 2021, followed by no less than six Mercury flybys, each one gradually tweaking the spacecraft’s trajectory until it can make that final capture maneuver in 2025.

For fun, here is the timelapse sequence captured during BepiColombo’s closest approach to Earth on April 10th, a hair-raising (by cosmic standards) bit of street-racing, and the last time we’ll be so close to this technological artifact of a curious species.