The best deals we found this week: the iPad, Google Nest WiFi and more

The best deals we found this week: the iPad, Google Nest WiFi and more 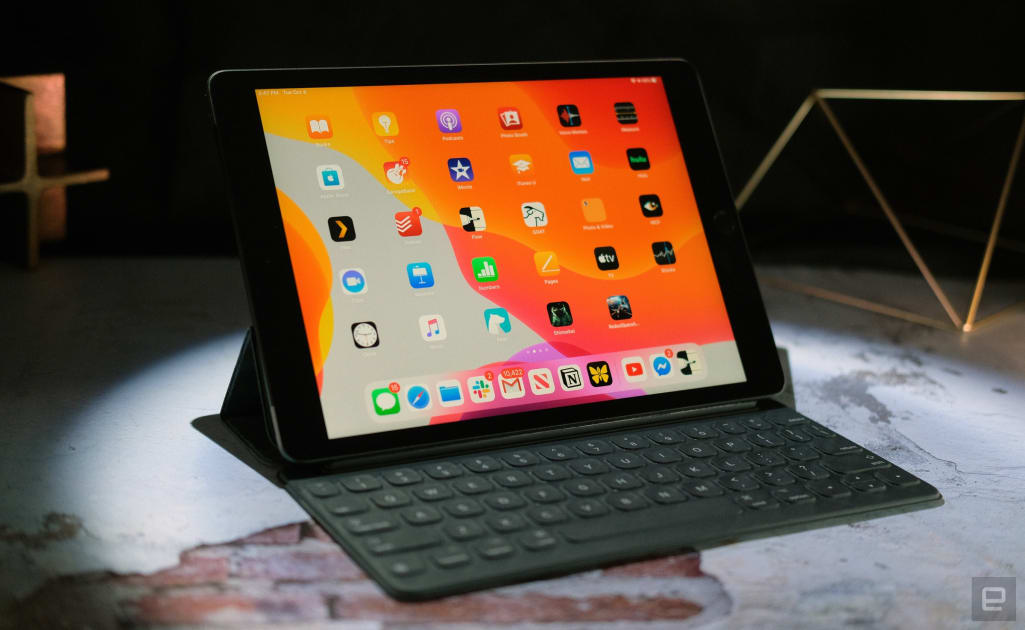 Now’s a great time to buy an Apple or a Google product. This week brought a number of deals on wearables, smartphones, smart home products and other devices from the two tech giants. You can still get $30 off the base iPad and $100 off an Apple Watch Series 5. The Pixel 4 and 4XL smartphones remain more affordable than ever at Best Buy and you can upgrade your home internet with a discounted Google Nest WiFi system. Here are the best deals from this week that you can still buy now.

Amazon has the 10.2-inch iPad for $300, which is $30 less than it’s normal price of $330. While the flash deal that knocked the price down to $280 is over, the current sale price is still decent deal. This is the base iPad that, even at its normal price, is arguably the best budget tablet you can buy. We gave it a score of 86 for its updated display and solid battery life, and those who use the Apple Pencil often will notice improved smoothness when they draw or take notes.

You can still get Garmin’s Forerunner 35 GPS watch for only $90 at Best Buy and Amazon. Normally priced at $120, it’s a solid entry-level GPS watch that will be useful for new and seasoned runners alike. In addition to onboard GPS, it also has a heart rate monitor and can track daily activity if you wear it all day long. At this sale price, it’s one of the most affordable ways to get a GPS running watch. Anyone running more while under quarantine or starting a new regimen will get a lot of use out of it.

Sony’s stellar WH-1000XM3 wireless headphones are still down to $238 at Newegg. They hit this low late last month and this is the lowest price we’ve seen them. They earned an impressive score of 94 from us thanks to their comfortable design, high-quality audio and best-in-class noise cancellation. Normally priced at $350, they have remained our favorite wireless headphones for quite some time — and the current sale prices makes them even more of a no-brainer purchase.

Amazon has a rare deal on the Apple Watch Series 5 GPS + Cellular, dropping the 40mm model price to $400 and the 44mm model price to $430. That’s $100 off both of their normal prices and it brings both wearables close to their lowest prices ever. Added LTE lets you take and make phone calls, and send and receive texts, from the Apple Watch even when you don’t have your iPhone with you. While you will have to pay an extra fee each month for the Watch’s cellular service, it comes in handy if and when you forget your iPhone at home.

You can still snag a Google Nest WiFi bundle for $200 at Bed, Bath and Beyond and Home Depot. Normally priced at $270, this bundle includes one Nest WiFi router and one access point. We gave the Nest WiFi system a score of 84 thanks to its easy installation process, improved speed and reliability and its sleek design. While it doesn’t support WiFi 6, and the access point doesn’t have a built in Ethernet port, it’s still a great mesh WiFi system that would make a good upgrade for your home’s network.

Buy Nest WiFi bundle at Bed Bath and Beyond – $200

The 2020 iPhone SE is now available from Apple starting at $400, but it’s also available at other retailers — and a few are sweetening the deal with some perks. Best Buy is the main one, selling the iPhone SE starting at $400 and including a $50 store gift card when you order and activate with a qualifying carrier.

We gave the new iPhone SE a score of 90 — it keeps many of the things people loved about the previous SE, including a 4.7-inch Retina display and Touch ID with a physical home button. On top of that, it adds improved performance with Apple’s A13 Bionic chipset and a solid camera. It’s undoubtably one of the best “cheap” smartphones you can get right now and it will be a great upgrade for those coming from the previous iPhone SE.

Best Buy continues to offer the Google Pixel 4 for $450 and the Pixel 4XL for $550. This deal knocks $350 off the starting price of each model, making it a good opportunity to get a flagship smartphone at a midrange price. These are both solid handsets (scoring 83 and 85, respectively) that have some of the best cameras you’ll find on a smartphone today. They also have good performance and a display that’s enhanced by a feature that allows it to be kicked up to 90Hz.

It’s still possible to get the Google Home for only $50 at Walmart. The smart speaker typically costs $70 to $100, making this deal a more affordable way to get one of the original Google Assistant devices. This is Google’s equivalent to the Amazon Echo, housing the company’s virtual assistant inside a speaker that can fill a room with sound. In addition to playing music, the Google Home can perform other tasks via the Assistant including checking calendar appointments, controlling smart home devices and more.

The Amazon Echo is still available at Best Buy and Amazon for $60. This is Black-Friday-level pricing for the 3rd generation smart speaker, and it probably will not drop this low again before Amazon Prime Day. We gave the latest Echo a score of 90 for its solid audio quality, responsive mics and wide range of Alexa capabilities. You can also still add a smart plug to the purchase for only $10 extra.

Walmart has a deal on the standard Apple Watch Series 5, dropping it down to $300. That’s $100 less than the normal starting price of $400. While you won’t get the cellular connectivity, you will get onboard GPS in these Apple Watch models as well as all of the newest features Apple added to the wearable last fall. These include an always-on, energy efficient display, a built-in compass and international emergency calling.

The smallest of the Google Assistant speakers is on sale. Now you can get the Nest Mini for $30 at B&H Photo, Bed, Bath and Beyond and Google’s online store. That’s $20 off it’s normal price of $50, and close to the lowest price it’s ever been. The second-generation Nest Mini takes the original’s design and improves on the audio chops — you’ll get much better sound quality out of this version of the speaker than previous versions. It also has an improved processor that makes processing Google Assistant voice commands easier and faster. (There’s also a larger Google Nest sale happening at Bed, Bath and Beyond as well).

engadgetdeals, thebuyersguide, commerce, weeklydeals, Apple, Google, iphone se, pixel 4, Apple Watch, Sony, Garmin, Amazon, echo, news, gear
All products recommended by Engadget are selected by our editorial team, independent of our parent company. Some of our stories include affiliate links. If you buy something through one of these links, we may earn an affiliate commission.