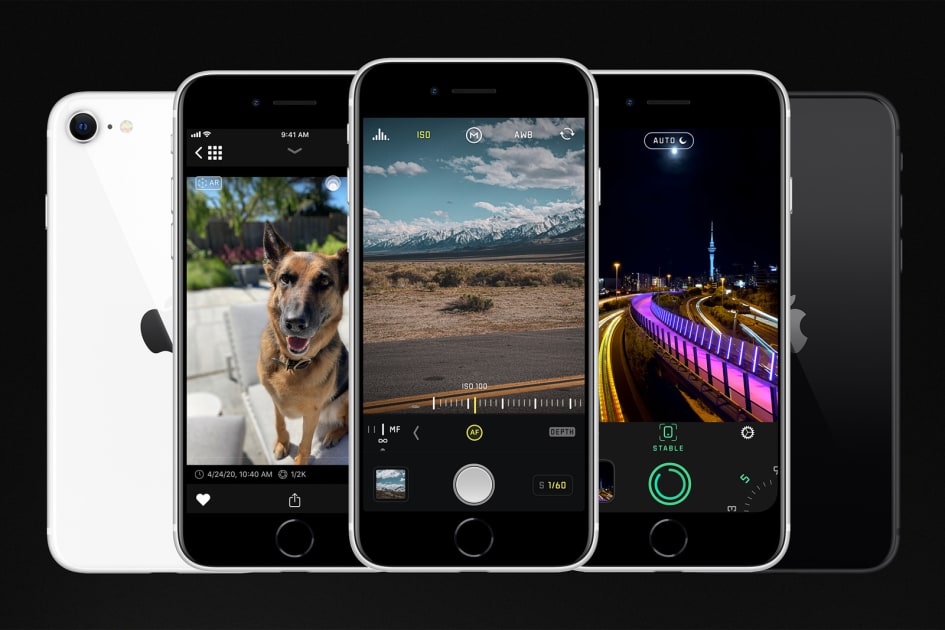 The iPhone SE offers many things for the money, but a powerful portrait mode isn’t one of them. Much like the iPhone XR, you’re stuck taking portrait photos of people if you use the default camera app — a problem at a time when you’re supposed to avoid most human contact. You won’t have to settle for plain shots if you’re willing to get third-party tools, though. Halide (which also rescued the iPhone XR) has updated its flagship Camera app and Spectre long-exposure app to enable portrait mode shots for all objects, not just humans. If you want bokeh for your pet shots and flower close-ups, it should be all you need.

The Halide Camera and Spectre apps cost $6 and $3 respectively. That’s a bargain compared to dropping the $300 extra it would take to get an iPhone 11 with native portrait shots, though, and it throws in a range of manual controls and features you won’t get out of the box with any iPhone. Think of this as a way to take mobile photography seriously without splurging on a higher-end device.

Apple, iPhone SE 2, smartphone, photography, Halide, Halide Camera, Spectre Camera, portrait mode, app, news, gear
All products recommended by Engadget are selected by our editorial team, independent of our parent company. Some of our stories include affiliate links. If you buy something through one of these links, we may earn an affiliate commission.