The best laptop deals we found for Cyber Monday

10 Cyber Monday deals you need to know about

Sonarworks brings its SoundID audio customization to Mac and Windows

Sonarworks brings its SoundID audio customization to Mac and Windows 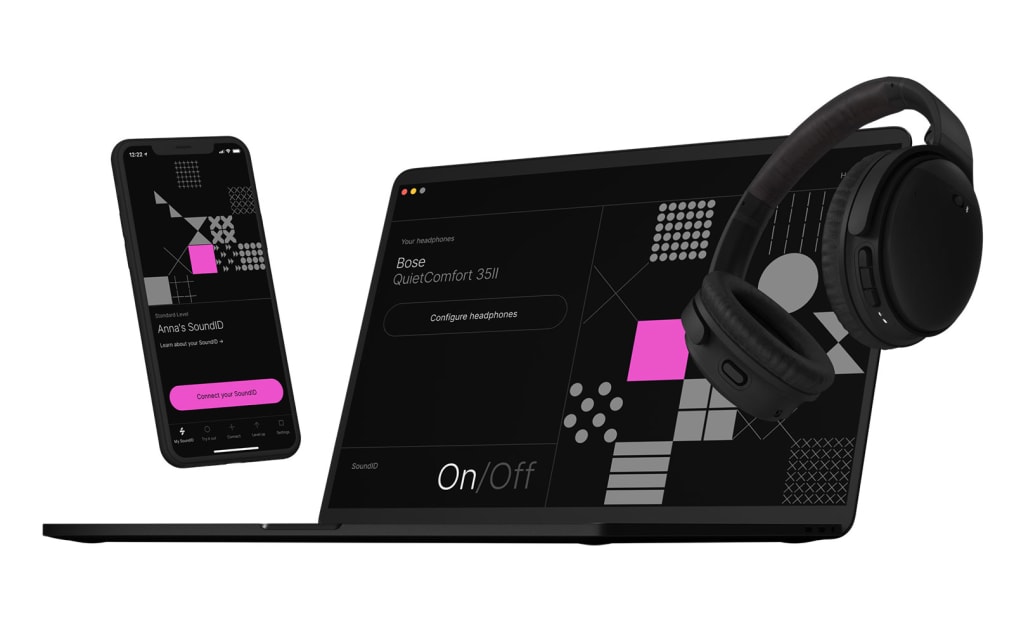 Sonarworks first announced its SoundID software at CES. With a mobile app, you create a personalized sound profile that fits your preferences based on a selection of audio clips. It’s an A/B test with multiple rounds using the same sample with different tunings. Once you’ve made your picks, SoundID creates a custom profile that’s unique to you — right down the pattern of icons inside the app. From there, you select your headphones and the software handles the rest. The company promises that through a combination of headphone calibration and that personal audio profile, it can drastically improve the sound quality of the music you listen to everyday. Today, Sonarworks revealed SoundID Listen on desktop, so the customization is actually useful for the first time.

Based on a brief demo at CES and some time with the app since, you can definitely tell there’s an improvement in the sound when you get SoundID set up. It’s more subtle than a lot of sound presets you’re probably used to inside a company’s headphone app, and that’s okay. The only issue with SoundID is that you can only use it to search and listen to individual tracks from Spotify inside the app. It’s not something you can turn on while you hop around a streaming library, or even listen to an entire album straight through. Sonarworks says that’s because it can’t apply the software system-wide on Android or iOS yet, though it’s in talks with phone manufacturers to embed its audio tool in a handset’s operating system. What’s more, the company explains it didn’t want to create an audio player, it wanted to employ its algorithms for personalization instead.

That’s why today’s news is significant. Sonarworks has revealed the SoundID Listen app for Mac and Windows which allows users to apply their personalized audio profile to everything they listen to on their computer. The mobile and desktop apps are still a 1-2 punch though, as the hearing test only resides inside the phone software for now. The company says it may consider bringing that process to the desktop, if there’s enough interest. Until then, you’ll need to do the initial setup on your phone before hopping over to your Mac or PC. Once you sign in, your profile automatically syncs with the desktop app. From there, you simply need to select the headphones you’re using so the software can use the appropriate sound calibration.

SoundID currently supports over 350 headphone models, but there are some omissions. For example, the Bose 700 and Beats Solo Pro aren’t available (yet). However, Apple’s AirPods Pro, Sony’s WH-1000XM3 and other notable options are on the list. There’s a mix of wired and wireless headphones too, so you do have a lot to choose from.

I’ve been using SoundID Listen on a MacBook Pro for about a week and the results are consistent with what I heard at CES. Ditto for what I’ve experienced with the limited abilities of the SoundID iOS app. Again, the initial test is quick and easy, and if you input your sex and birthday, it will also factor in average hearing loss into your profile. I had no trouble syncing my personal setting in the macOS app, and the headphone selector is front and center. And there’s an obvious on/off button for the SoundID personalization so you don’t have to go hinting for it should the need arise.

Like I mentioned before, Sonarworks takes a more even-handed approach to applying your sound profile, so the change is more subtle. However, it does make a noticeable difference, and as far as I’m concerned, a noticeable improvement. That being said, the tweaks are more prominent in some genres than others. There’s more presence, depth and a bit more clarity. I could barely hear the change with SoundID Listen on with some bass-heavy electronic tracks compared to what the software did with metal, rock and other styles. Sonarworks says this is evidence the software is working as intended based on the initial test. In order to fit your preferences, for example, Gojira’s bruising metal might need more adjustment than Run The Jewel’s bombastic hip-hop. Of course, that example was my experience, and yours might be the complete opposite — which is kind of the beauty of this.

Sonarworks makes calibration software for recording studio headphones and monitors, which is where the company got its start. It also debuted the True-Fi app for headphone calibration a few years ago. True-Fi featured a similar hearing test to gauge your personal preferences before allowing you to pick from hundreds of presets for hundreds of headphone models. That app also allowed you to further tweak the EQ and dive deep into settings. However, Sonarworks admits it never really took off, so it discontinued support in early March to focus on the simplified and more user-friendly SoundID app. The company has a solid track record when it comes to audio calibration, and now it’s bringing that knowledge to the masses.

SoundID Listen is available now as a 60-day free trial. When that initial period is up, the desktop app will cost $4.99 a month. If you commit to a year before May 18th, you’ll get it for the 6-month plan price of $24.99 (saving you $20). The SoundID mobile app — which includes the hearing test — is free on Android and iOS.

sonarworks, custom, audio, customized, personalized, soundid listen, software, app, customization, soundid, news, gear, entertainment
All products recommended by Engadget are selected by our editorial team, independent of our parent company. Some of our stories include affiliate links. If you buy something through one of these links, we may earn an affiliate commission.