An electric dragster has passed 200MPH for the first time 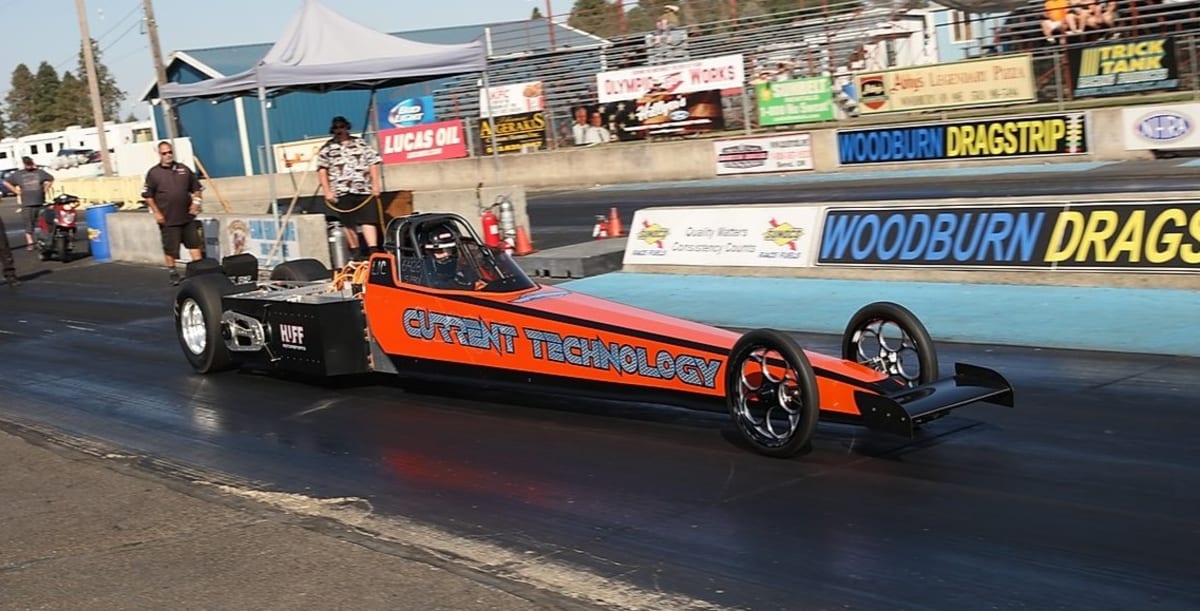 Serious drag racing is becoming a bit kinder to the environment, as the first four-wheel all-electric dragster has completed a 200MPH pass for the first time ever. Driven by drag enthusiast Steve Huff, his car — aptly named “Current Technology” — set a trap speed of 201MPH at the Tucson Dragway in Arizona.

Huff spent most of winter working on his dragster which, according to his website, boasts 1,950 horsepower and 1,000 lb-ft of torque via its brushless A/C motor and 800-volt system. The record beats the previous fastest electric dragster speed of 189 mph, which was set by drag racing legend Don Garlits last year.

Of course, 200MPH isn’t really that fast for a dragster, but for an open-wheel battery-powered vehicle it’s a significant accomplishment — one that could herald a new standard in overall EV racing, as well as showing those that are on the fence about EVs that they have pretty impressive potential.

dragster, drag racing, Current Technology, Steve Huff. record, EV, news, gear, tomorrow
All products recommended by Engadget are selected by our editorial team, independent of our parent company. Some of our stories include affiliate links. If you buy something through one of these links, we may earn an affiliate commission.