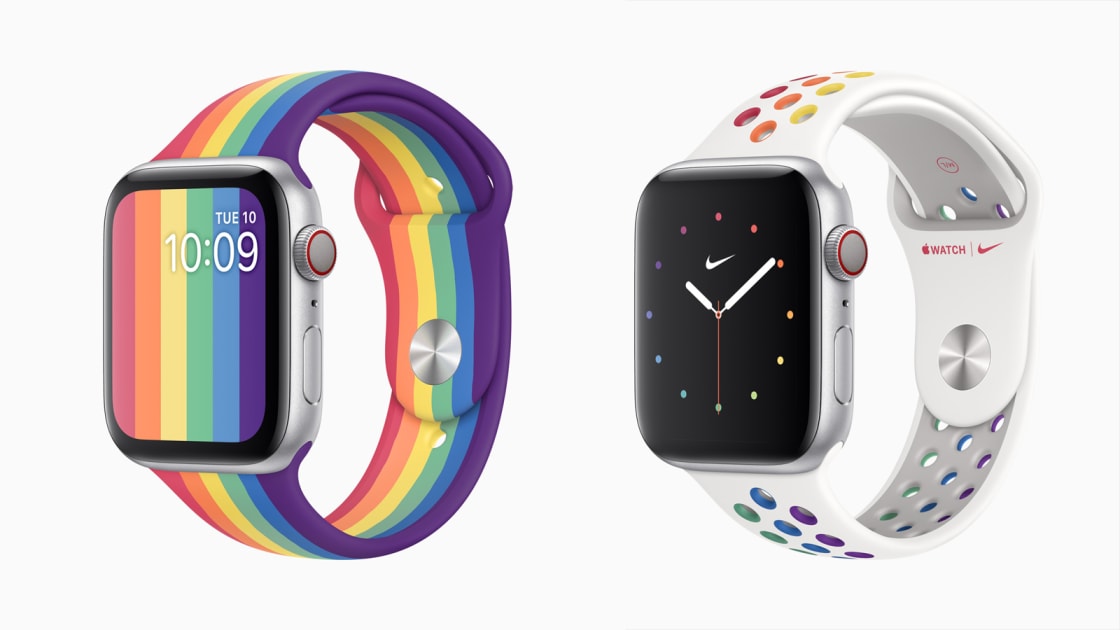 With most Pride celebrations around the world being rescheduled, shrunk or canceled, Apple is reminding you that it’s still got rainbow-themed things, however you end up partying.

The company has announced two new sports bands, following on from last year’s loop design. The Nike version is the more subtle of the pair, with rainbow-hued holes perforating the band. The more typical sports band is entirely multicolored, made of the same soft custom fluoroelastomer as the single-colored straps. Just, with more rainbow.

Both themes and sizes (40mm and 44mm) are priced at $49 and are available to buy from Apple.com now. There’s no specific amount the company is donating with purchases, but Apple mentions in its press release that it supports several LGBTQ organizations including gender Spectrum, GLSEN, The National Center for Transgender Equality, The Trevor Project and ILGA World.

Whether you go for either of the new bands, Apple has confirmed new matching Pride watch faces will land on watchOS 6.2.5 — the new themes are already live on beta software.

apple watch, Apple, sports band, pride, pride 2020, news, gear
All products recommended by Engadget are selected by our editorial team, independent of our parent company. Some of our stories include affiliate links. If you buy something through one of these links, we may earn an affiliate commission.